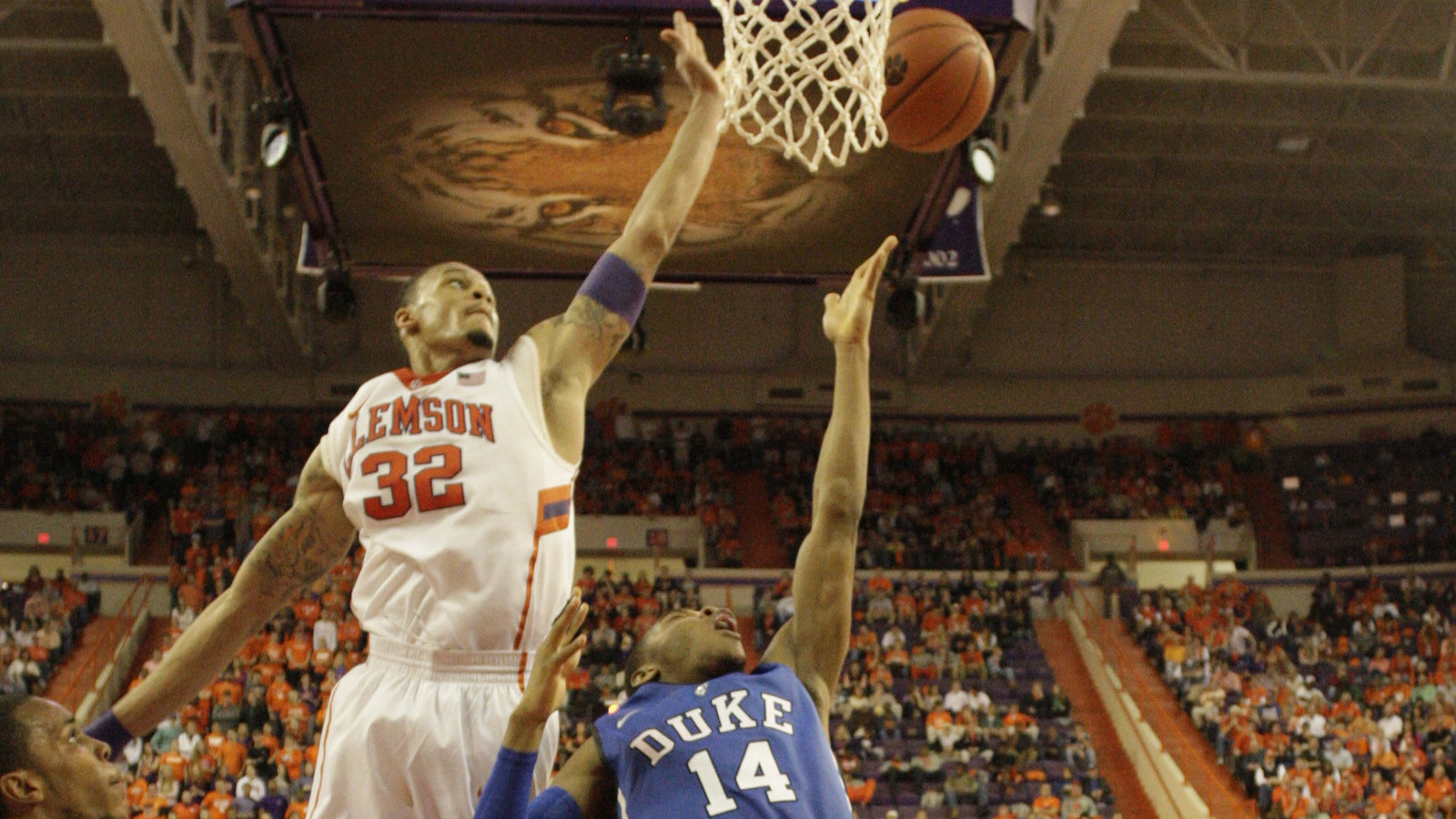 CLEMSON, S.C. – Junior forward K.J. McDaniels was named ACC Defensive Player of the Year by the league media Tuesday. McDaniels is the first Tiger to earn the award that has been presented annually since 2005. He is Clemson’s first major ACC award winner of any kind since Greg Buckner was named Rookie of the Year in 1995.

McDaniels was also named All-District III by the U.S. Basketball Writers Association, one day after earning first-team All-ACC recognition from the conference media. He leads the Tigers in scoring, rebounding, blocked shots and steals this season. McDaniels is on pace to post Clemson’s highest blocks per game figure (2.77) since Sharone Wright (2.91) in 1993-94. McDaniels currently leads the ACC in the category for the second straight season.

McDaniels blocked at least one shot in 17 of 18 regular season conference games and enters this week’s ACC Tournament with a 12-game streak. He blocked a season-high seven shots in back to back games during non-conference play, against South Carolina and Temple. In ACC play, he has blocked six shots on three occasions – at Notre Dame and at home against NC State and Maryland.