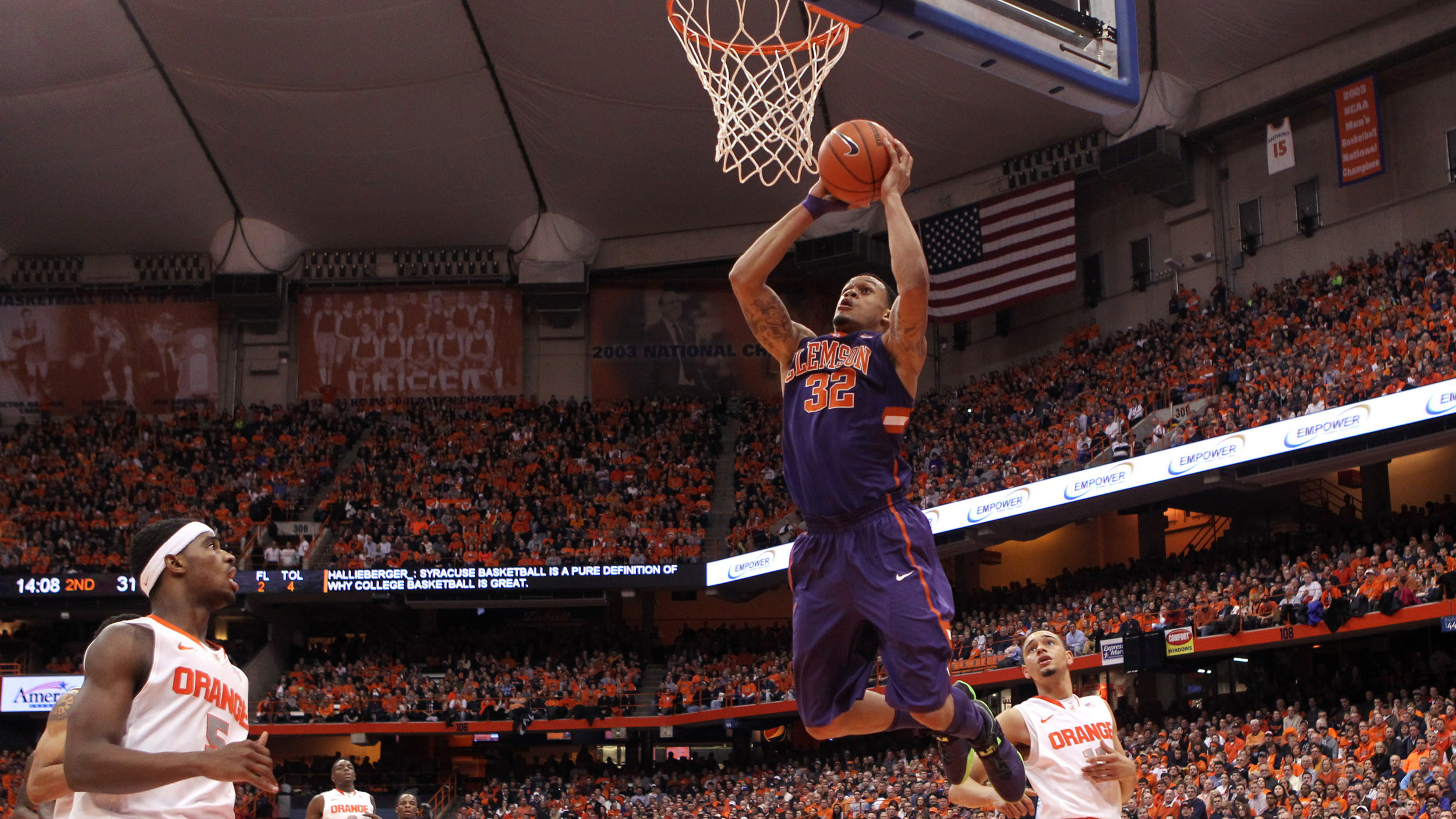 CLEMSON, S.C. – Junior forward K.J. McDaniels was named first-team All-ACC, announced Monday by the Atlantic Coast Sports Media Association (ACSMA). McDaniels, the first Tiger to be named first team since Trevor Booker in 2010, was also named to the All-ACC Defensive Team. The rest of the first team was comprised of Duke’s Jabari Parker, NC State’s T.J. Warren, North Carolina’s Marcus Paige and Syracuse’s C.J. Fair. He was also named second-team All-ACC by the league’s coaches, and to their All-ACC Defensive Team as well.

McDaniels was one of the most improved players in the ACC this season. Heading into the ACC Tournament, he carries team-leading averages of 17.1 points and 7.2 rebounds per game. For the second straight year, he leads the conference in blocks per game (2.8). McDaniels is fourth in the ACC in free throw percentage (.847), fifth in scoring, sixth in field goal percentage (.452), and seventh in rebounding.