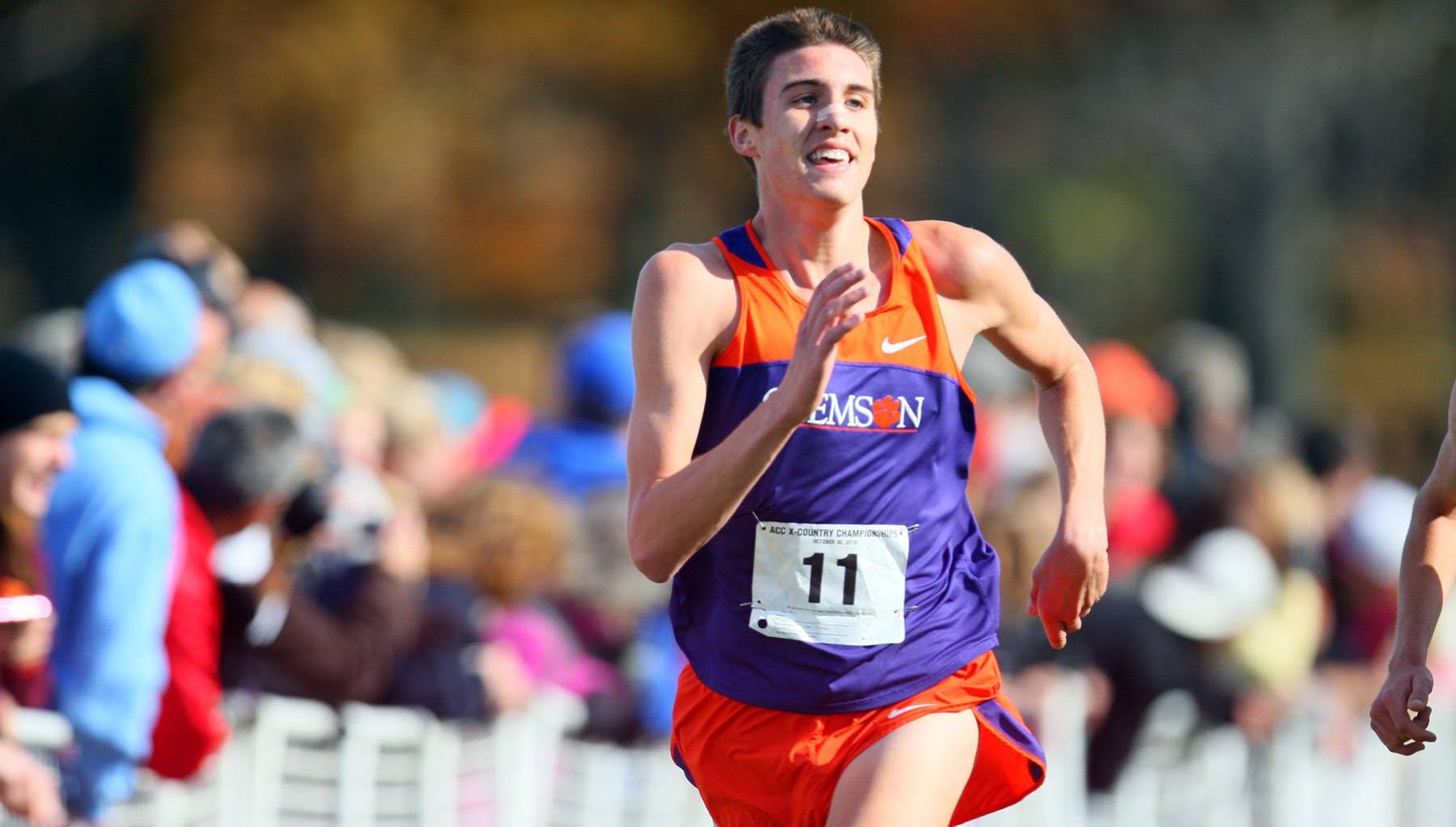 CLEMSON, SC – Clemson junior Ty McCormack established a facility record on the final day of competition at the 49er Classic to highlight the Tigers’ second day of outdoor season in Charlotte, NC.  McCormack won the 2000-meter steeplechase Saturday with a time of 5:54.63, one of five winning performances by the Tiger track & field program.

The previous facility record had been 5:55.79 by a Coastal Carolina athlete set in 2006.  But, McCormack bested that by leading a Clemson sweep of the top three spots, ahead of Jack Andritsch and Tim Tyler.  In the women’s 2K steeple, freshman Brianna Feerst won the title with a time of 7:19.08.

Both 4×800 relays won Saturday for the Tigers.  The women were up first, claiming the top spot with ease after clocking a time of 9:09.14.  The group consisted of Brianna Blanton, Lindsey Bellaran, Lisa Girard and Erin Barker.  The men followed with a winning time of 7:43.77, almost six seconds ahead of East Tennessee State.  The A relay consisted of Martin Maloney, Daniel Dey, McCormack and Aaron Ramirez.

Reggie Lewis was third place in the men’s 200 dash.  He had a time of 21.15 to finish ahead of teammate Warren Fraser, who was competing this weekend for the first time since the 2012 Olympic Games in England.  Fraser had a time of 21.45 and took sixth place.

Brittany Pringley and Nia Fluker both placed in the top 10 in the women’s 800 meters.  Pringley, a red-shirt junior from Miami, FL, had a time of 2:15.33 in a third-place showing.  Pringley and Fluker were also part of Clemson’s 4×400 relay that took first place Saturday with a time of 3:42.22.  The two were joined by Nnenya Hailey and Keisha Richburg on the relay.

Three Tigers competed in Saturday’s final in the men’s 110 hurdles.  Justin Johnson, a newcomer from the Division III ranks, had the top finish in fourth place (14.68).  Elijah Britton was fifth, followed by Joel White in seventh.  Clemson’s top two hurdlers, Spencer Adams and Marcus Maxey, were given time off after competing at the NCAA Indoor Championships just one week ago.

In the field, Jalen Langston took third place in the men’s high jump.  The freshman cleared the bar at 6’8″.  In the discus throw, senior Cory Thalheimer competed and was 12th after recording a mark of 150’5″.

The Tigers return to action March 22-23 for the FSU Relays in Tallahassee, FL.