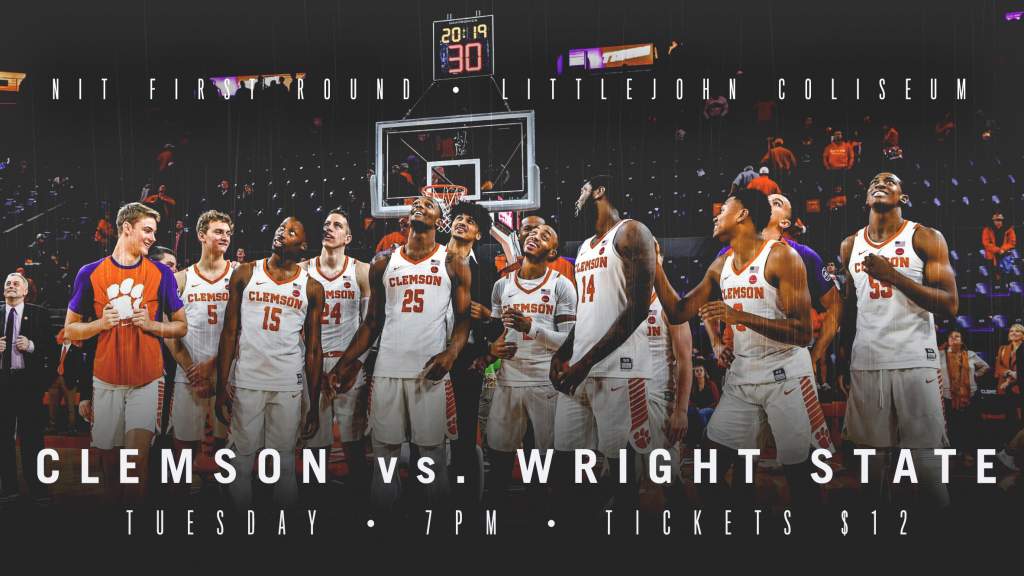 • The Clemson Tigers will play in the postseason for the third consecutive season when it hosts Wright State in the first round of the NIT. Tipoff from Littlejohn Coliseum in Clemson, S.C. is scheduled for 7:05 p.m. ET.

• The contest will be televised on ESPNU with Kevin Fitzgerald and Cory Alexander calling the action courtside, while Don Munson and Tim Bourret will be on the radio waves. The radio call will be available on the Clemson Tigers Network and Tunein.com.

• Clemson will play in a postseason tournament for the third consecutive season when it hosts Wright State.

• Clemson is making its 17th appearance in the NIT. The program has an 18-16 record all-time in the event and advanced to the championship final twice previously (1999, 2007).

• Clemson is 12-4 in Littlejohn Coliseum in the NIT, having won 12-of-its-last-13 at home heading into tonight’s contest.

• Clemson enters the NIT having won eight-of-its-last-13 games, including four-of-its-last-six.

• Clemson’s opponent is a familiar one for head coach Brad Brownell who coached the Raiders for four seasons (2006-10) prior to becoming the head coach at Clemson. He took them to one NCAA tournament and won at least 20 games each season he was there. 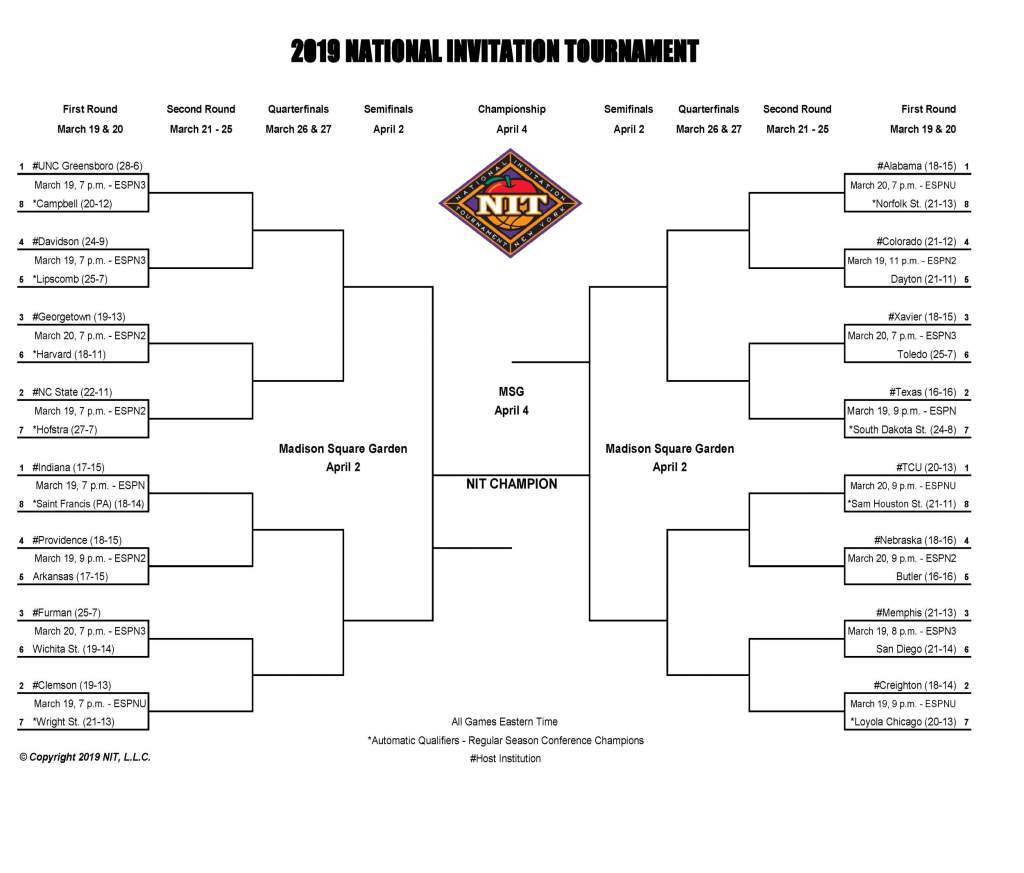