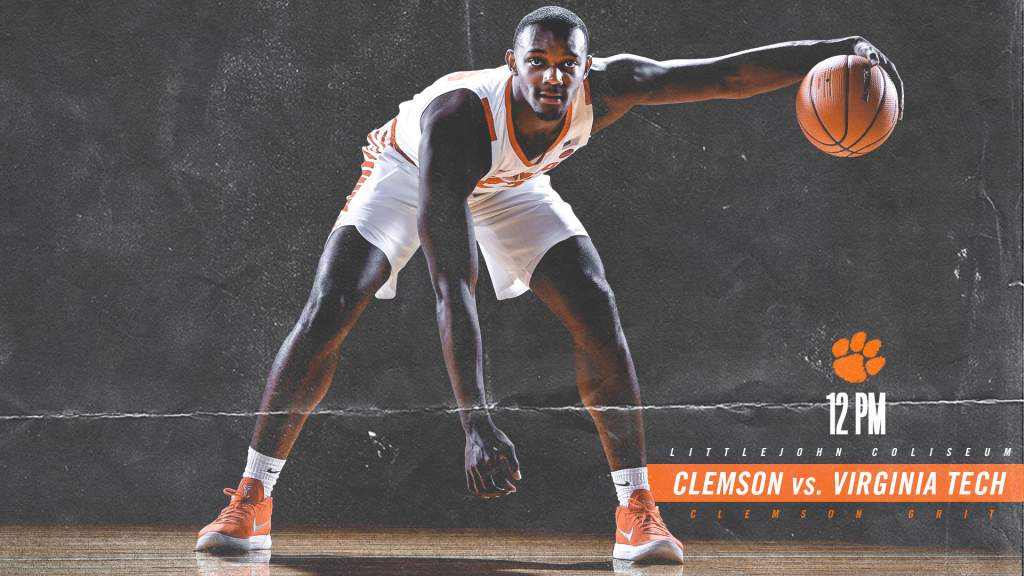 • Clemson will look for its fourth consecutive league victory and its 16th in the all-time series against Virginia Tech.

• The Tigers last faced the Hokies on Feb. 21, 2018 – a 65-58 defeat in Blacksburg. Marcquise Reed led the Tigers with a then-career-high 28 points to go along with eight rebounds in the absence of Donte Grantham and Shelton Mitchell.

• The Tigers’ head man will also look for his 164th career victory at Clemson. He is currently just 14 shy of tying Cliff Ellis for the most in program history (177).

• Clemson’s defensive prowess has been on display over the last three contests. The Tigers in games against Wake Forest (37 points allowed) and at Georgia Tech (42 points allowed) have now allowed the fewest points in back-to-back ACC games in Clemson history (79 points).

• Clemson’s victory over Georgia Tech marked the first time the Tigers have won three-straight ACC games by double-digits since the 1974-75 season.

• The 23-point margin of victory was the largest by Clemson in its series with Georgia Tech (69 games).

• The victory margin was also the fifth-largest in an ACC game in Clemson history.

• Marcquise Reed moved into 22nd on the all-time scoring list following his performance on Feb. 6 at Georgia Tech. Reed now has 1,244 points in his Clemson career.