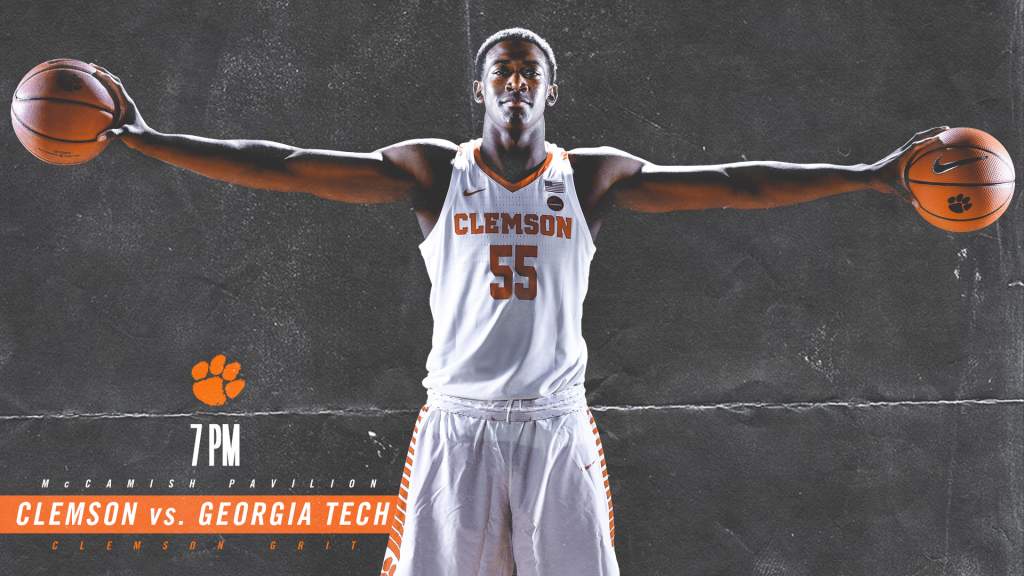 • Clemson will look for its seventh-straight victory in its series against Georgia Tech and its third-straight ACC victory.

• The Tigers faced off earlier this season hosting the Yellow Jackets and claiming a 72-60 victory at Littlejohn Coliseum (Jan. 16). Marcquise Reed scored a career-high 30 points.

• Head coach Brad Brownell is 15-4 at Clemson when playing Georgia Tech and will look for win No. 16 tonight.

• The Tigers’ head man will also look for his 163rd career victory at Clemson. He is currently just 15 shy of tying Cliff Ellis for the most in program history (177).

• Clemson is coming off of a dominant 64-37 victory over Wake Forest (Feb. 3). It marked the 43rd time in the Brownell Era that Clemson held its opponent to 50 points or less. The Tigers are 41-2 overall in those contests.

• Elijah Thomas posted his 17th career double-double in a victory over Wake Forest with a 23-point, 10-rebound effort. He finished an ultra-efficient 10-for-11 from the field and 3-for-3 from the foul line.

• Thomas also swatted a career-best seven blocks. He now owns 146 in his career (10th all time) and his 1.83 blocks per game rank sixth-best in Clemson history.

• In the 17 games that Thomas has notched a double-double at Clemson, the Tigers are 13-4 overall.

• After finishing 10-for-11 against Wake, Thomas is now second in the ACC and ninth in the country in field goal percentage (66.1 percent).

• Marcquise Reed moved into 26th on the all-time scoring list following his performance on Feb. 3 against Wake Forest. Reed now has 1,225 points in his Clemson career.