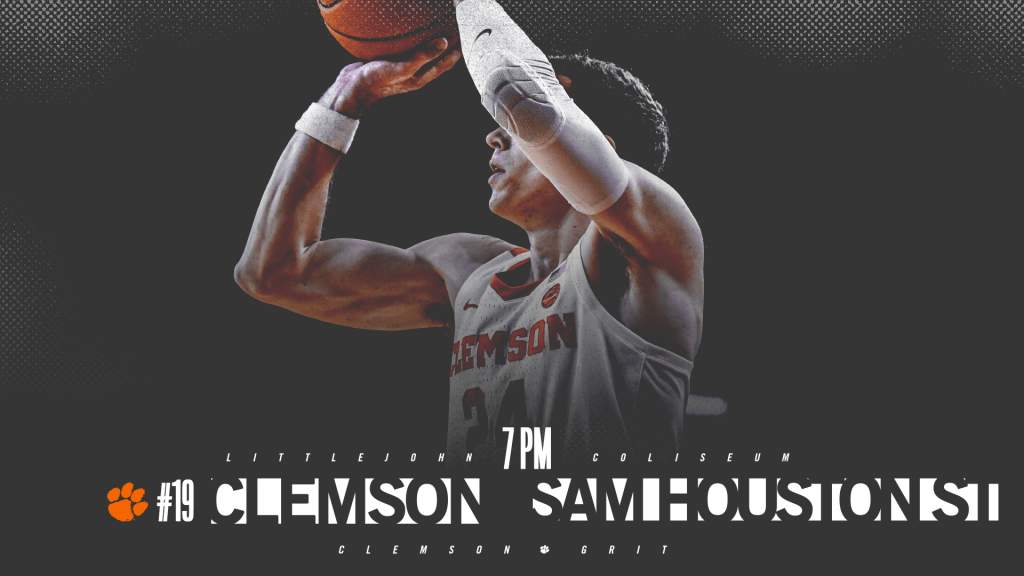 • Tonight will mark the first-ever meeting between Clemson and Sam Houston State.

• The Tigers have also forced 34 turnovers this season, including a season-high 20 (the most in its last 23 games).

• Shelton Mitchell is on pace to become the 13th player in Clemson history to achieve at least 750 points and 325 assists.

• The Tigers posted 20 assists in its season opener against The Citadel before tallying 18 on Nov. 9 against NC Central.

• The 20 assist mark was just the 11th time in Brad Brownell’s tenure that the Tigers have achieved that feat (dating back to 2010-11 season).

• Both Shelton Mitchell and Marcquise Reed combined for nine assists against NC Central – one more than the Eagles posted as a team.

• In Clemson’s second game of the year, the Tigers made double-digit 3-pointers (10), after hitting 11 in the season opener against The Citadel.

• It marks just the second time in Clemson’s history that a Tiger squad has opened up the season with back-to-back double-digit three-pointer games.