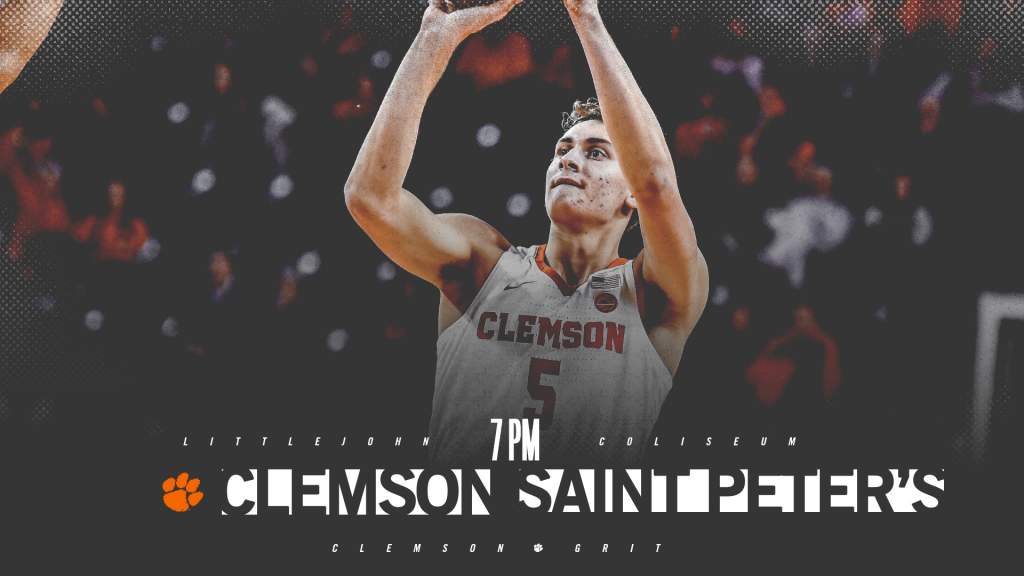 • Clemson has never faced Saint Peter’s but the Tigers are 12-0 all-time against members of the Metro Atlantic Athletic Conference.

• Clemson has only endured one other two-game losing skid dating back to the beginning of the 2017-18 season.

• Shelton Mitchell surpassed the 950-point mark in his career last time out against Nebraska. Mitchell remains on pace to become the 13th player in Clemson history to amass at least 750 points and 325 assists.

• Marcquise Reed is on pace to eclipse 300 career rebounds as a Tiger. He currently has 282 rebounds in his Clemson career.

Road closure will begin at 4:45pm starting at the President’s House and down College Ave. We are encouraging those attending the basketball game to use Perimeter Road and letting you know they will be turned onto Cherry Road towards Perimeter Road should they be on Hwy. 93.