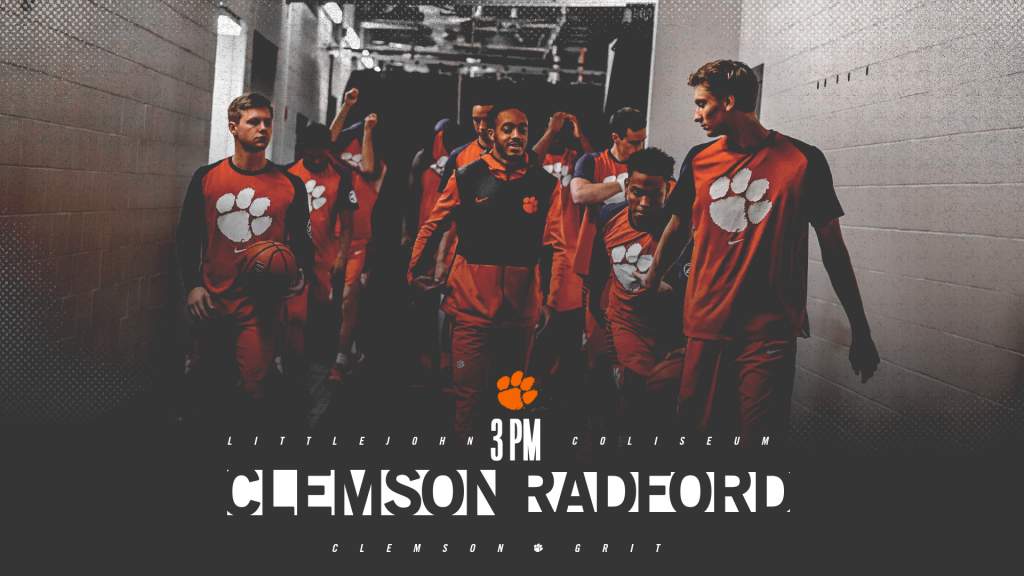 • Clemson will face Radford for the fourth time in program history this afternoon.

• All three meetings and after this afternoon – all four meetings will have come in Clemson.

•With Clemson’s next victory, head coach Brad Brownell will tie Bill Foster for second-most victories all time in Clemson history.

• Last time out, Aamir Simms notched a career-high 23 points on a career-best nine made field goals against Mississippi State (Dec. 8).

• Elijah Thomas leads the ACC in field goal percentage (69.2), which is also good for eighth nationally.

• Thomas has made 28-of-his-last-36 shots from the floor and most recently finished 8-for-9 against Mississippi State for an 18-point effort.