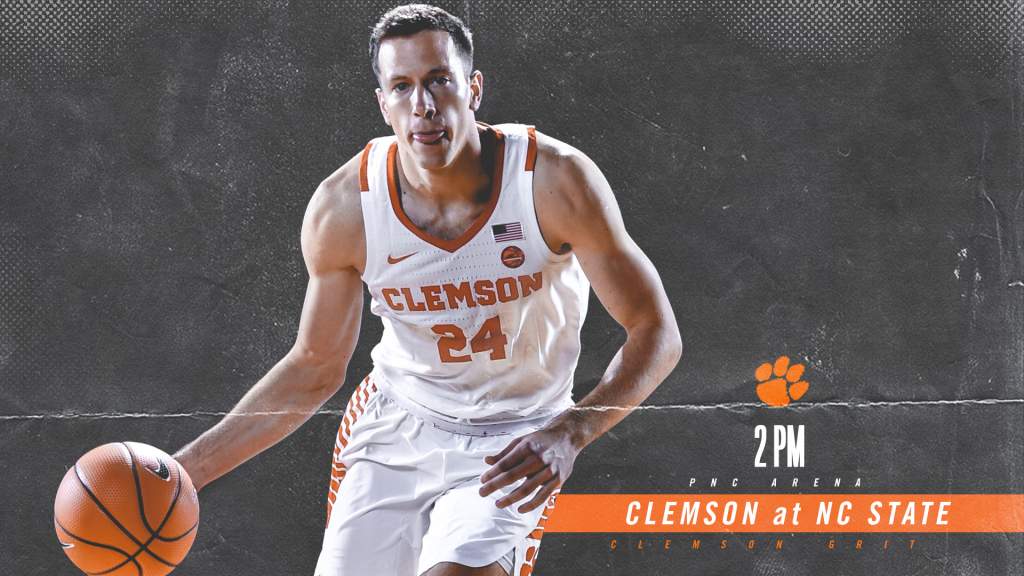 • Clemson will look for its first win in Raleigh since Jan. 28, 2015 when the Tigers took home a 68-57 victory. The Tigers have won three-of-the-last-four matchups with the Wolfpack, including three straight at one point.

• Marcquise Reed moved into a tie for 28th on the all-time scoring list following his performance on Jan. 22 against Florida State. Reed now has 1,171 points in his Clemson career.

• Reed has now posted 56 double-digit scoring games in his Clemson career and is 14 performances shy of tying for 16th all-time.

• Elijah Thomas notched his fifth double-double of the season and the 16th of his career. Thomas posted 17 points, 11 rebounds and a career-best five assists against Florida State.

• In games that Thomas collects a double-double, the Tigers are 12-4 overall.

• Shelton Mitchell and Marcquise Reed lead the Tigers in assists with a combined 6.6 dimes per contest. Mitchell stands as the active leader in total assists with 280 as a Tiger.

• Furthermore, he is one of just two total players in the nation to achieve that stat line. Reed is joined by American’s Sa’eed Nelson.