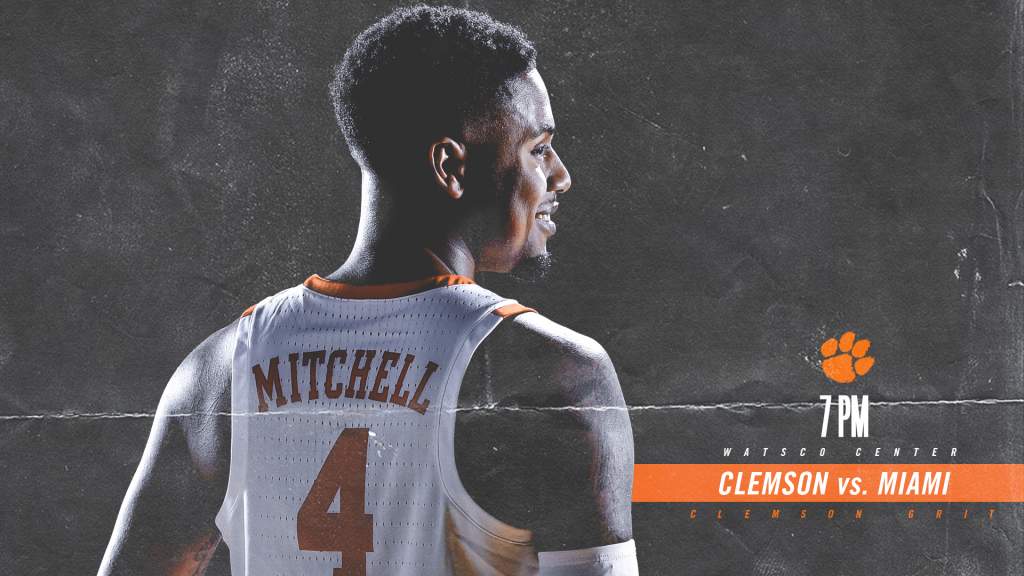 • Clemson will look for its second-straight win over Miami and its fifth-straight ACC win tonight at Miami.

• Clemson’s defensive prowess has been on display over the last four contests. The Tigers in games against Wake Forest (37 points allowed) and at Georgia Tech (42 points allowed) allowed the fewest points in back-to-back ACC games in Clemson history (79 points).

• Elijah Thomas swatted seven more shots against the Hokies – tying his career-best from Feb. 3 against Wake Forest. Thomas has now blocked 19 shots in just the last three games and 25 over the last five contests.

• Thomas is 10th in program history with 158 career blocks at Clemson and also stands fourth in Clemson history with a 1.93 blocks per game average.

• Over its last three games, Clemson has posted 29 blocked shots, while allowing just 42 made field goals.