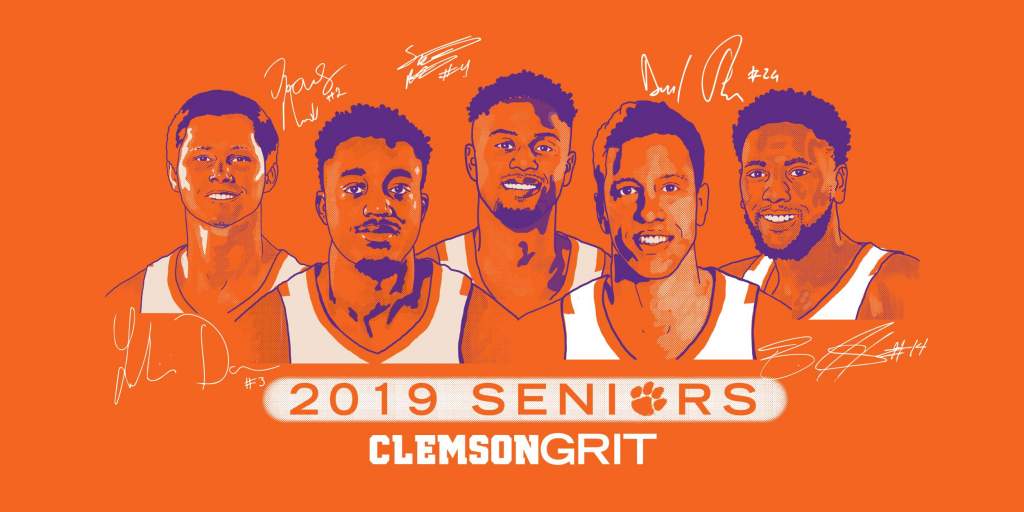 • The Clemson Tigers will look to finish the regular season on a high note following a win over Notre Dame when it hosts Syracuse and celebrates its own Senior Day. Tipoff from Littlejohn Coliseum is scheduled for 12:06 p.m. ET.

• The contest will be televised on CBS with Carter Blackburn and Pete Gillen calling the action courtside, while Don Munson and Tim Bourret will be on the radio waves. The radio call will be available on the Clemson Tigers Network and Tunein.com.

• Clemson will look to split its season series with Syracuse in the regular season finale. The Tigers won its second consecutive game against Notre Dame in their all-time series with the Fighting Irish on March 6.

• Clemson ranks third in the ACC in scoring defense (64.3 points allowed per game) and second in conference games (63.0).

• According to KenPom, Clemson’s adjusted defensive efficiency now ranks 10th in the country (91.5).

• Brad Brownell won his 167th career game at Clemson with a 64-62 win at Notre Dame. He is currently just 10 shy of tying Cliff Ellis for the most in program history (177).

• Marcquise Reed is one just two guys in the country to average at least 19.0 points, 5.0 rebounds, 3.0 assists and 2.0 steals per game this season.

• Reed jumped into 15th on the all-time scoring list. Reed now has 1,402 points in his Clemson career. His performance against UNC pushed him over 1,900 career points (1,931). He could be come the 19th active player to amass 2,000 career points in NCAA Division I.

• Reed currently has 520 points this season and is on the cusp of yet again joning some of the biggest single-season scoring totals in program history. Reed’s 553 last season sits 14th. He needs one point to crack the top-20.

• Elijah Thomas surpassed 600 career rebounds in his time at Clemson and became just the seventh player in program history to amass 900 points, 600 rebounds and 150 blocks. With 622 career rebounds – Thomas is tied for 21st all-time in Tiger history.

For additional information on events and updates throughout the weekend, please visit ClemsonTigers.com.