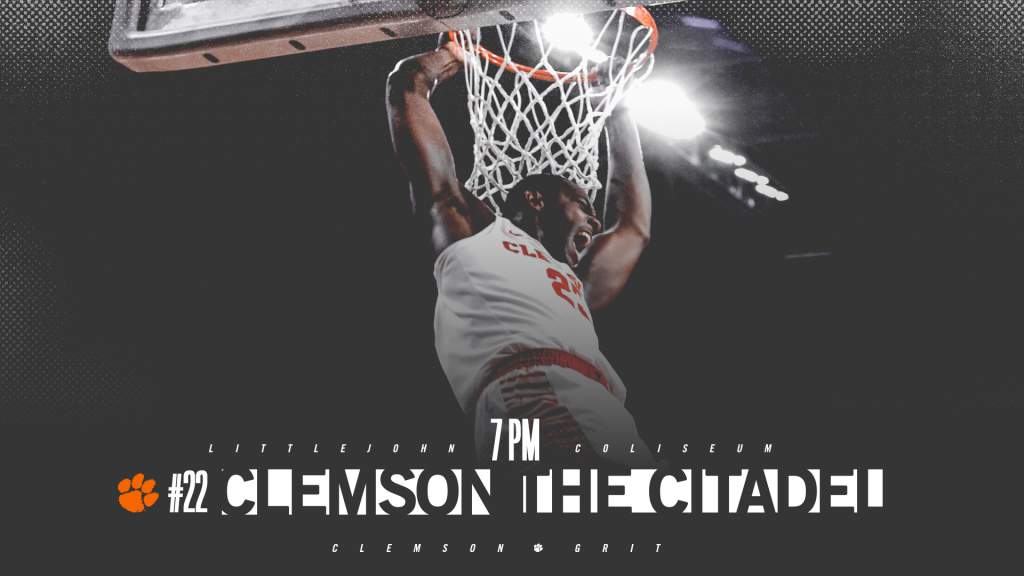 CLEMSON vs. THE CITADEL

• Obviously this means that head coach Brad Brownell is undefeated in season openers in his time at Clemson (8-0).

• This marks the 83rd all-time matchup between the Tigers and the Bulldogs and the first meeting since the 2012-13 season – a 92-52 Tiger victory.

• The Tigers own an overall record against the Bulldogs of 60-22.

• This marks the second time since the beginning of the 2009-10 campaign that Clemson will begin the season nationally ranked.

• Brownell is third all-time in Clemson history with 149 wins – just eight shy of surpassing Bill Foster (1975-84) for second all time.

• Last season, Brownell earned his 300th career victory with a 71-69 win over Florida.