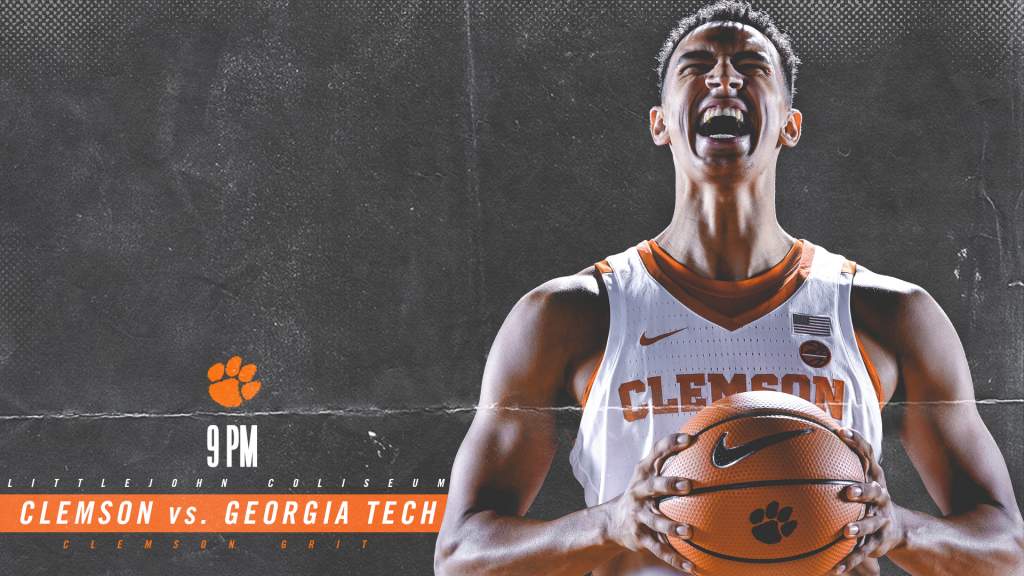 • Clemson will look for its fourth consecutive victory over Georgia Tech.

• Head coach Brad Brownell is 14-4 at Clemson when playing Georgia Tech and will look for win No. 15 tonight.

• The Tigers head man will also look for his 160th career victory at Clemson – he is currently just 18 shy of tying Cliff Ellis for the most in program history (177).

• Marcquise Reed moved into 32nd on the all-time scoring list following a 14-point performance on Jan. 12 against Virginia. Reed now has 1,124 points in his Clemson career.

• Reed is also top 10 in four different statistical categories in the ACC this season, including fourth in scoring (18.9 points per game).

• He is third in free throw percentage, fourth in steals per game and seventh in minutes per contest.

• Elijah Thomas eclipsed the 500-rebound mark of his Clemson career with a 12-rebound performance against Virginia (Jan. 12). It was Thomas’ fifth double-digit rebounding game of the season.