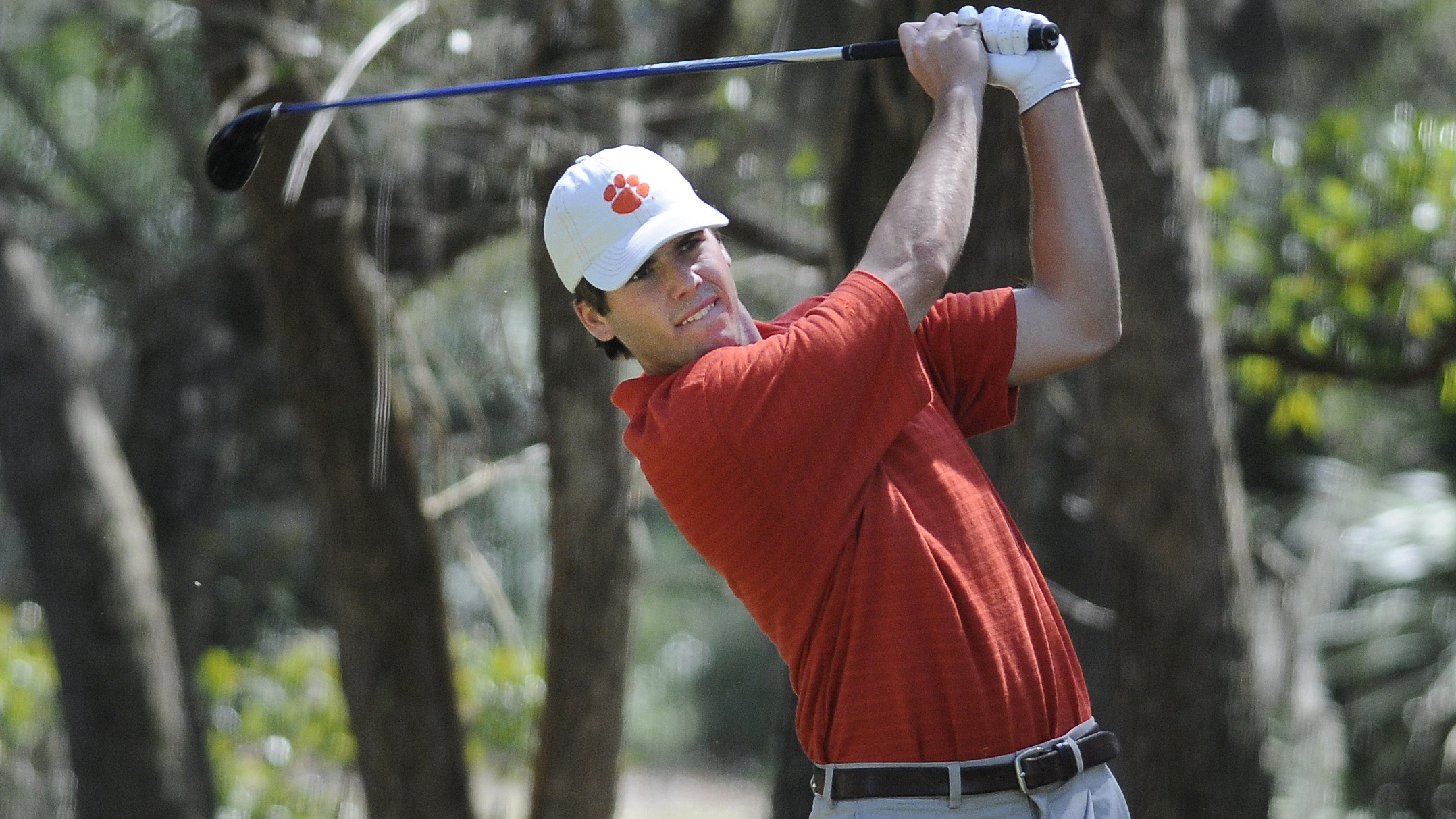 CLEMSON, SC – Former Clemson All-American Ben Martin won a four-man playoff with a par on the first playoff hole Monday morning and won the United Leasing Championship at Victoria National Golf Club in Newburgh, IN. It was the first professional victory for Martin, who played at Clemson from 2006-10.

Martin won on the first playoff hole when he made a par on the 18th hole. Ashley Hall scored an eight, Joe Afflunti had a five and Billy Hurley carded a five on the playoff hole.

Martin had scores of 69-72-69-67 in scoring 277 for the 72 holes, 11-under par. He trailed by as many as four shots with six holes to play. He started Sunday’s final round with a bogey, then played the last 17 holes at six-under par, including a birdie on the par five 15th hole that put him at 11-under. He made par on the last three holes and waited in the clubhouse.

Afflunti and Hurley both made double bogeys on the 17th hole to drop into a tie at 11-under. Earlier in the day, Hall had finished at 11-under as well. Afflunti and Hurley both made par on the 18th hole, forcing a four-way playoff. With the sun setting over southern Indiana at 8:30 PM local time, officials decided to have the playoff on Monday morning. It did not take long, as Martin won on the first playoff hole.

It was not a surprise that Martin reached the victory circle this week. He finished fourth in his previous Web.com event in Raleigh, NC and ranked first on the Tour in greens in regulation entering this week.

Martin was an All-American on Clemson’s 2010 team that finished 16th in the nation. He was the runner-up at the 2009 U.S. Amateur and played in the 2010 Masters. He was a three-time first-team All-ACC selection and three-time All-ACC Academic selection. He finished third at the NCAA Regional and 10th at the NCAA National Championship in 2010.