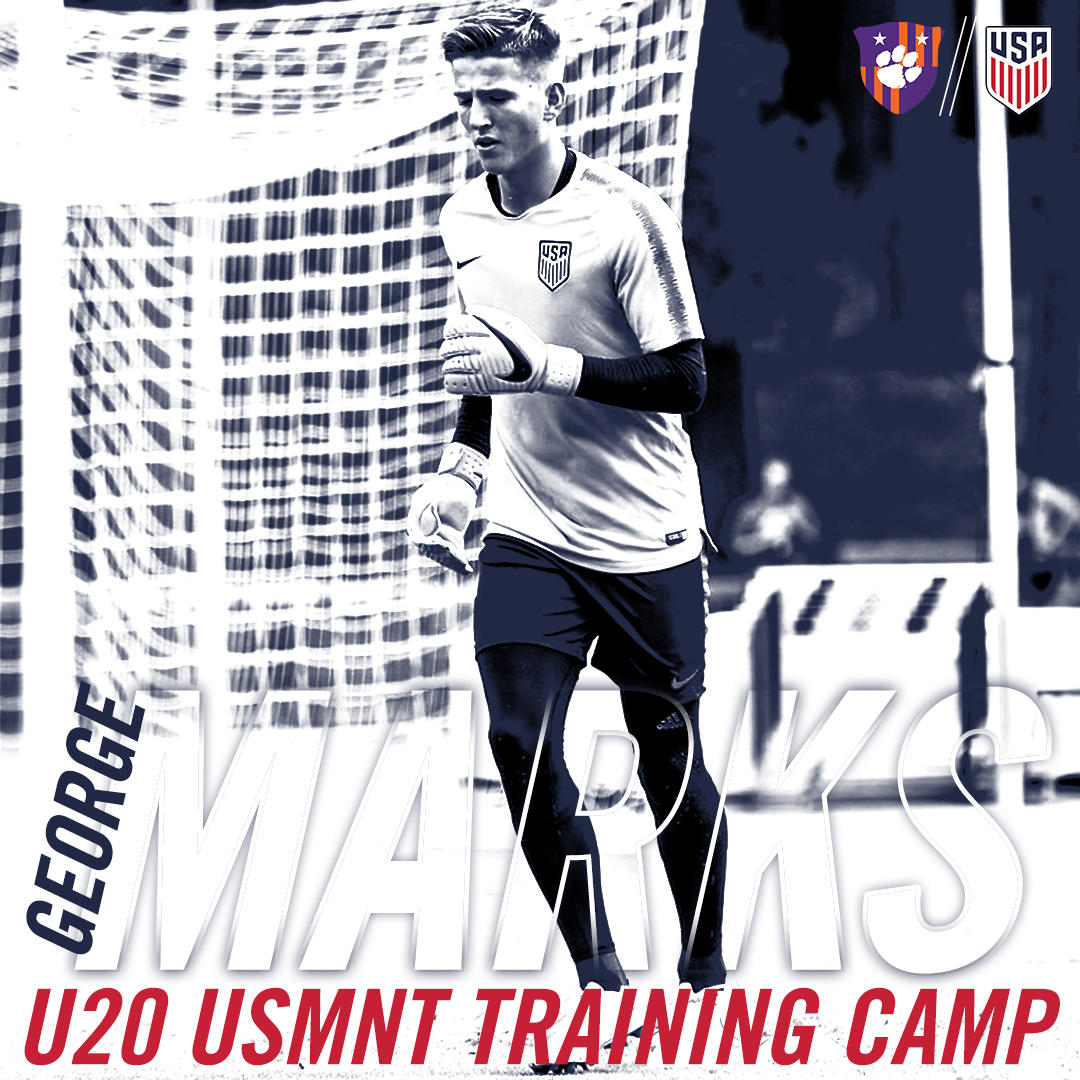 RALEIGH, N.C. – Freshman goalkeeper George Marks is set to head to his native Raleigh, N.C. for a training camp with the U.S. Under-20 Men’s National Team. The camp spans from July 15-22, and Marks is one of 20 players who were called to participate as well as one of eight who were called to the U20 team for the first time. U20 World Cup Qualifying begins in November of this year, and the training camp allows head coach Tab Ramos and his staff to begin making decisions about the core group that they will take into qualifying.

Marks will be one of the goalkeepers vying to fill the void left by former keeper Ximo Miralles, who graduated last December and recently signed a contract with Alcorcón of the Segunda División. The Tigers begin preseason training in early August and will see their first action as a 2018 squad on Aug. 10 in an exhibition at Duke.