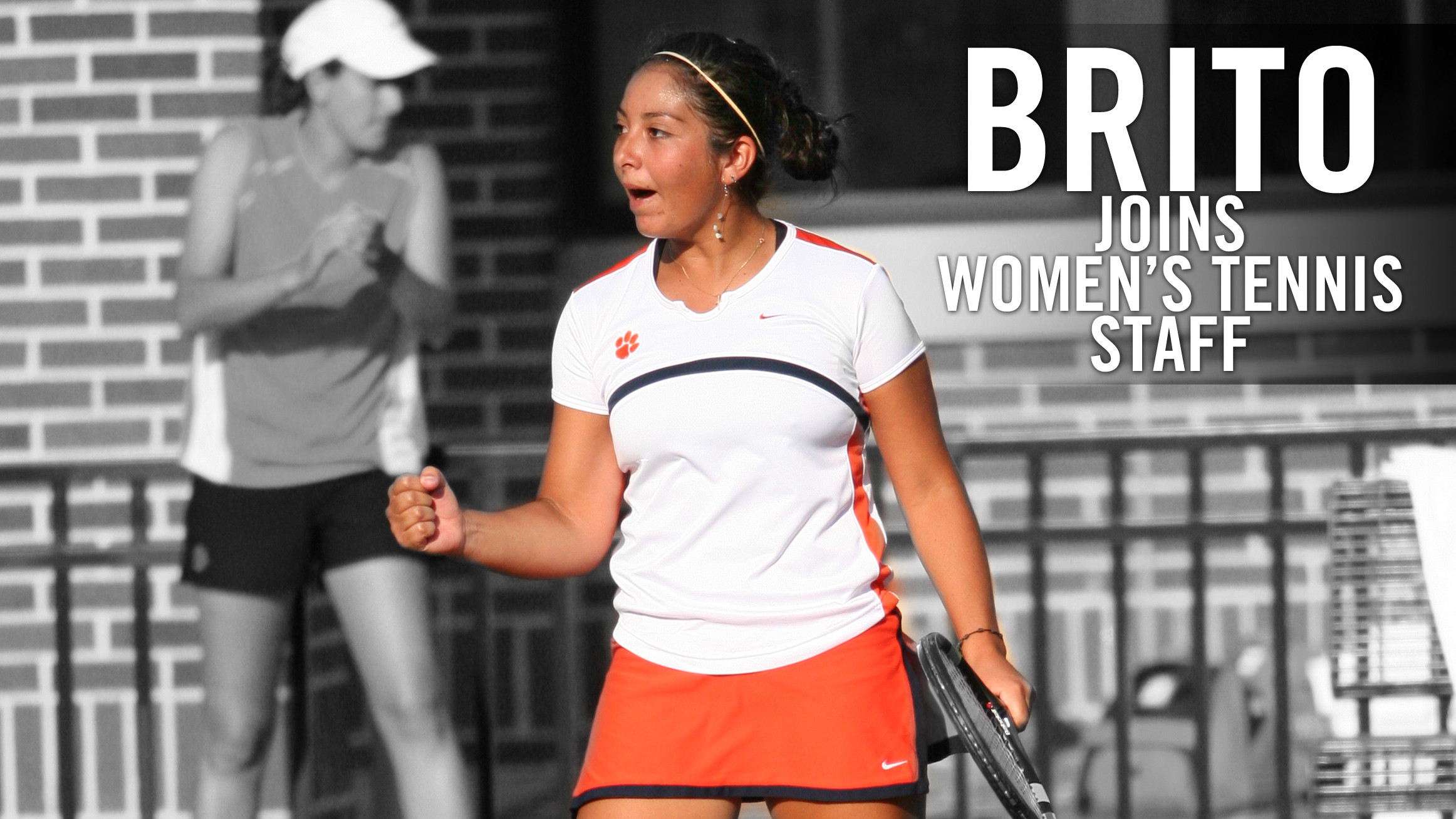 CLEMSON, SC – Head Coach Nancy Harris has announced that 2007 Clemson graduate Maria “Maru” Brito will join the women’s tennis program as an Assistant Coach. Brito played for Harris from 2004-07, during which the program won an ACC Championships and advanced to the NCAA Final Four.  “I am delighted for Maru to join our staff,” said Harris, who is starting her 17th season at Clemson. “She is a true Tiger, and has experienced some of the greatest highs in program history. She knows what it takes to win, and her knowledge of the technical aspect of the game is incredible. She is a perfect fit for this program to achieve our goals of developing and preparing young women for success on and off the court.”  Brito, a two-time All-ACC selection, has spent the last two years teaching at Franco’s Athletic Club in Mandeville, LA, working with some of the top instructors in the nation. Prior to her time with Franco’s, Brito worked at Auburn University-Montgomery, where she attained a degree in marketing and served as a graduate assistant.  AUM is one of the top NAIA tennis programs in the country and is the same school that Harris cut her teeth, leading the men’s and women’s teams to three national titles in nine years. Brito helped AUM to the 2009 National Championship as a coach.  Brito has worked with Harris before as a volunteer assistant in 2008, when Clemson won its most recent ACC title. The native of Mexico City, Mexico, was an All-ACC player in 2004 and 2005, both seasons in which Clemson advanced to the Final Four. She clinched the winning point on Clemson’s 2004 ACC title, and was a team captain from 2005-07.  Brito takes over for Scott Kidd, who recently took a head coaching position at Troy University.  Clemson went 16-8 a season ago, finishing the season ranked 13th in the nation and advancing to the Round of 16 at the NCAA Tournament. The Tigers return two All-ACC players in Yana Koroleva, ranked No. 7 nationally, and Beatrice Gumulya.