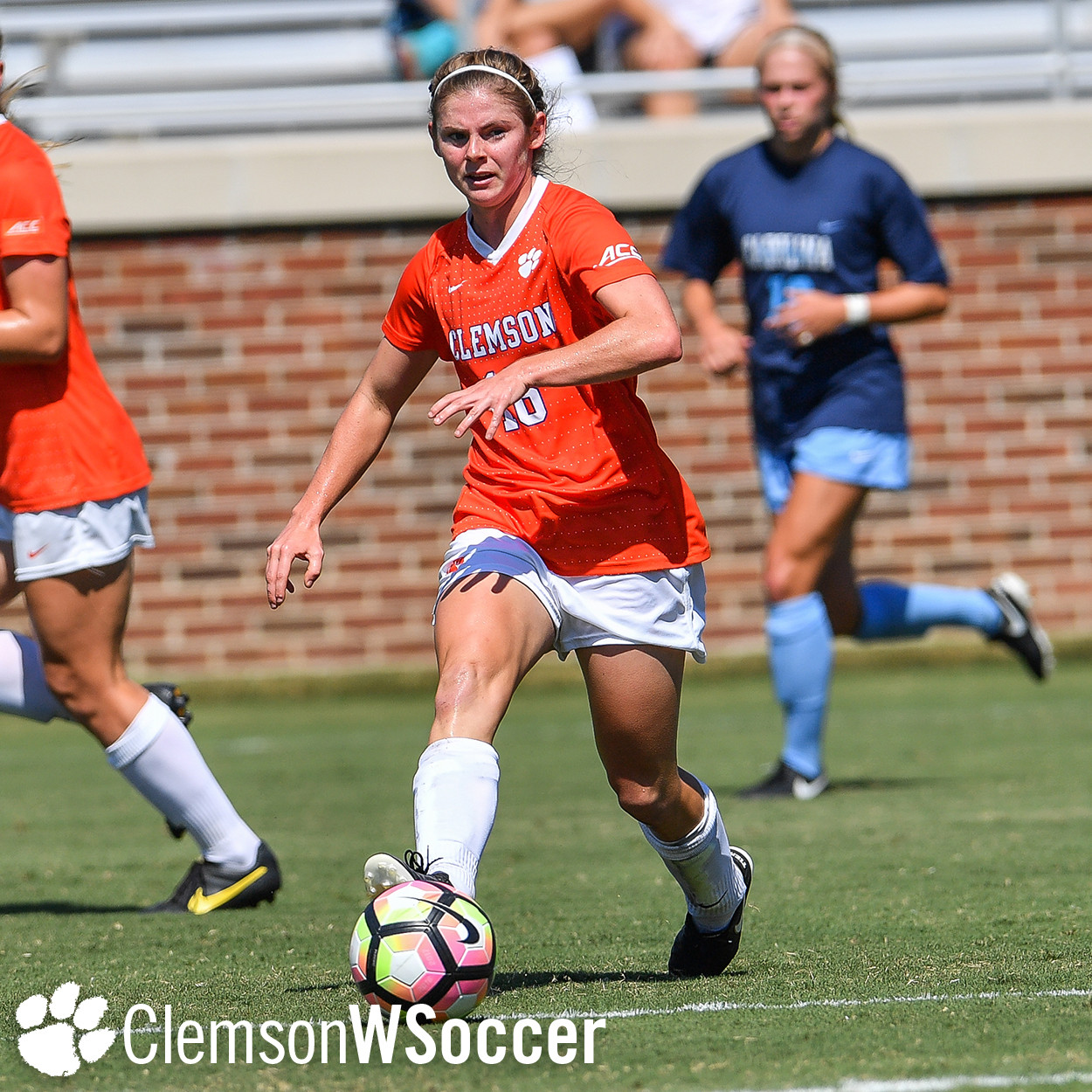 Mackin Back in Camp with U.S. U-19 National Team

CLEMSON, S.C. – Clemson freshman women’s soccer player Julie Mackin is headed back to camp with the U.S. U-19 Women’s National Team for a session from Jan. 28-Feb. 4 in Sunrise, Fla. Mackin, who is from Castle Rock, Colo. is one of 30 players in attendance at the camp, which will conclude with a match against UCF on Feb. 3.

Mackin is a veteran of U.S. WNT camps and events, as just last month she was in camp at the U.S. Soccer National Training Center in Carson, Calif. with the U-18 Women’s National Team. Also in 2016, Mackin traveled to La Manga, Spain and the United Kingdom to participate in friendlies with the U-18 WNT.

As a freshman for Clemson in 2016, Mackin played in all 23 games, starting 21, and scored three goals and two assist for eight points. She garnered ACC Rookie of the Week honors on Aug. 23, 2016, the first week of the season, after scoring the game-winning goal in Clemson’s 2-0 upset over Auburn on the road, and following that with a two-assist performance in a 3-1 victory over Georgia at home.