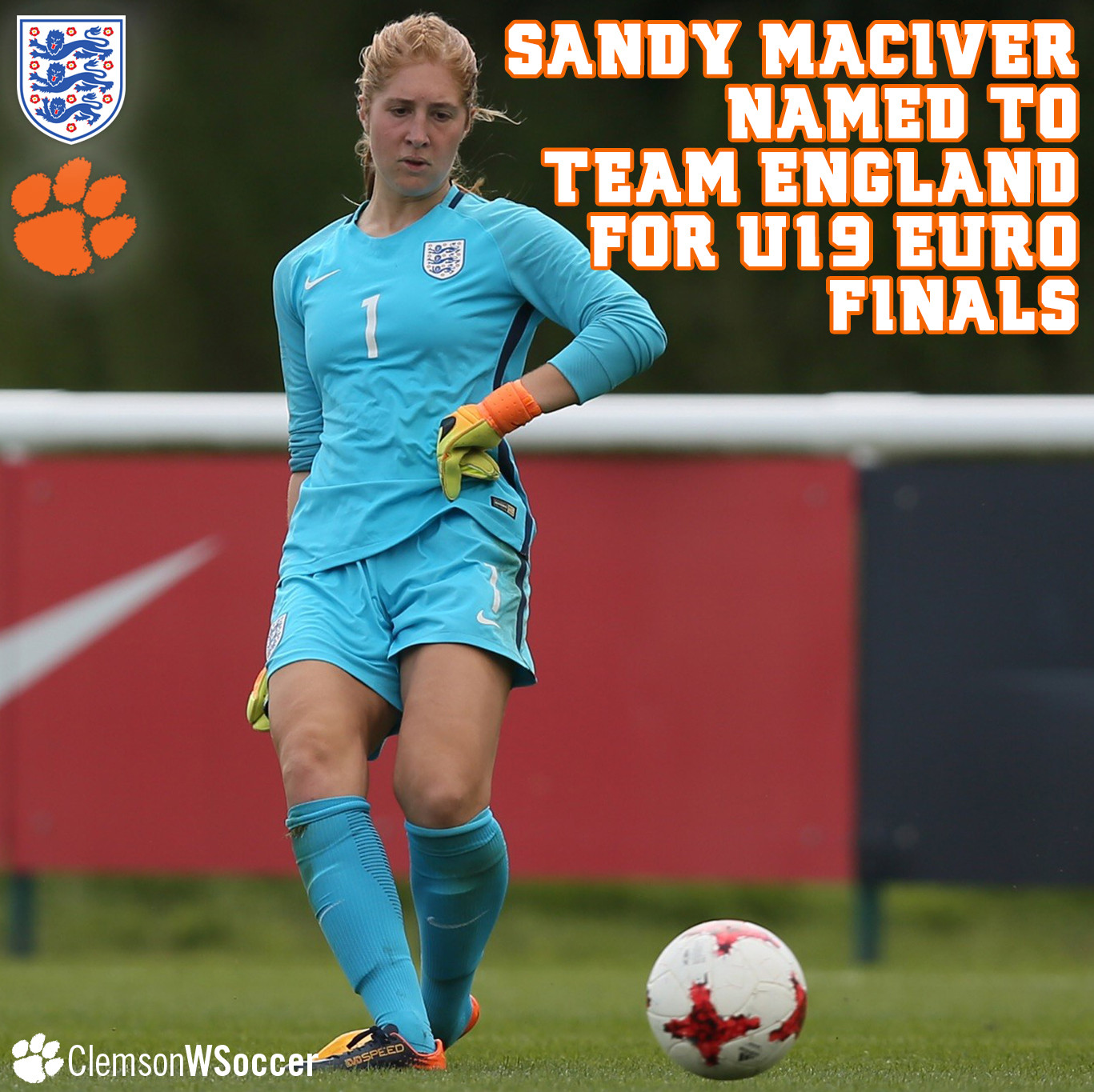 MacIver Named to England U19 WNT for UEFA U19 Euro Finals

MacIver, who is from Winsford, England, played in four matches and started two in goal for the Tigers as a freshman in 2016, posting a 2-0 record. She started the first two matches of the season last August, a 2-0 win at Auburn and a 3-1 win versus Georgia, while then-senior All-American Kailen Sheridan was at the Rio Olympics with Canada’s Women’s National Team.