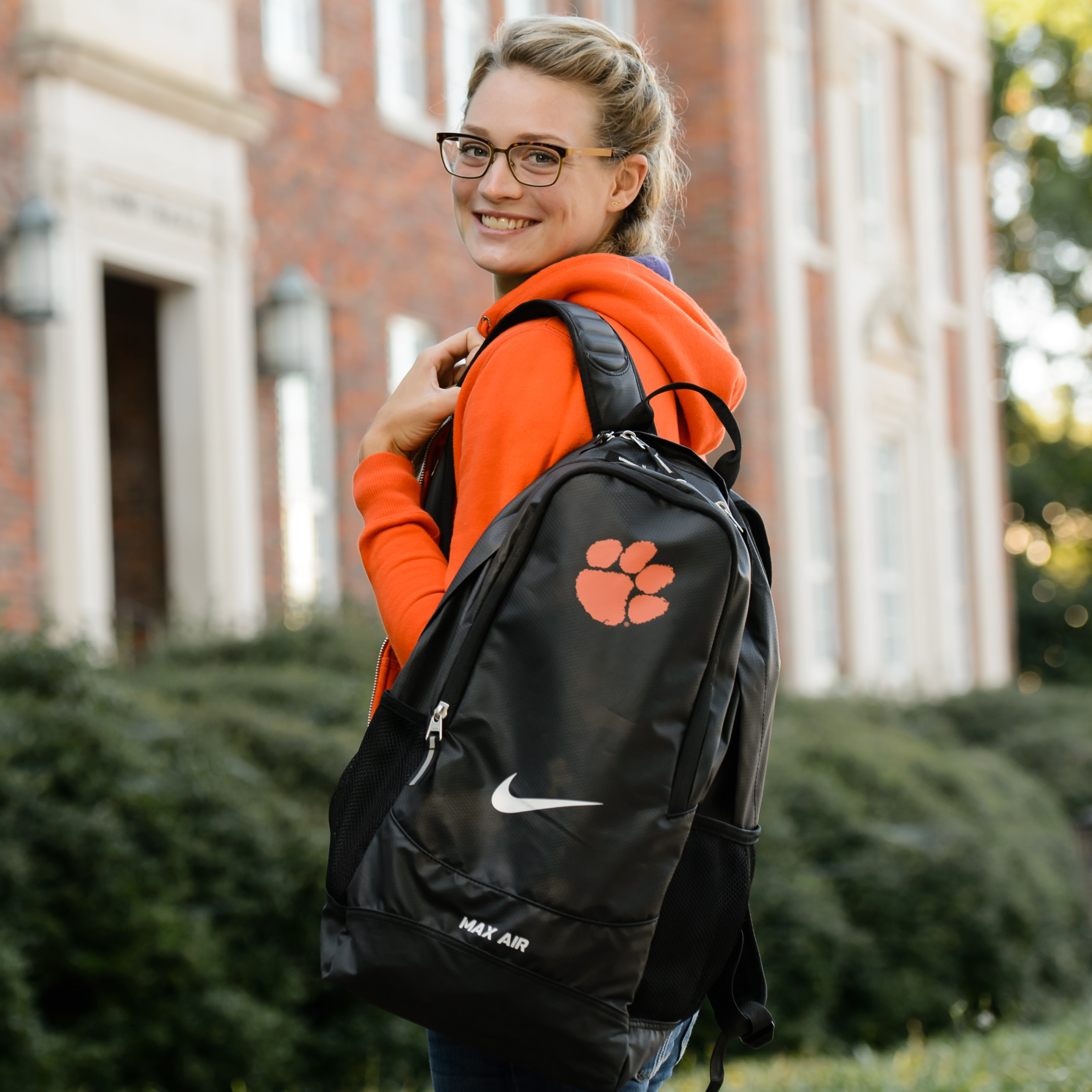 Work hard, play hard. Study hard, practice hard. Being a student-athlete in this day and age is no easy task. Want to make it harder? Try coming across the world to attend college away from the country you’ve called home for the first 18 years of your life.

Senior tennis ace Romy Koelzer has done this and more, and has not only succeeded in her daunting endeavors, but thrived and enjoyed every minute of it.

But what has set Koelzer apart during her tenure at Clemson has not only been her play on the courts, but her performance and perseverance off them. Koelzer earned All-ACC Academic Team honors in 2014, and has been on the President’s List the past two years, an honor reserved for students who have earned a 4.0 grade point average that semester.

Koelzer points to organization as the root of her success, while she achieved balance between her athletic and academic careers.

“I think I’ve grown as a person in general,” she said. “Organizing my life around a busy tennis schedule, with time management being a key part of it. The organization of my social life, my tennis life, and my school life, I think, are some of the things I’ve gained from playing a college sport.”

It certainly didn’t start out that way for the German native. When she first arrived at Clemson, Koelzer had to adjust to the challenges of being an international student, and an international student-athlete at that. Having to adjust to a different climate while dealing with the rigors of being a student-athlete, Koelzer admits that her first year was certainly the hardest when it came to adjusting to life in the states.

“My freshman year, I struggled because there was a language barrier,” Koelzer said. “I didn’t understand anything my teachers were saying, so after I came over during this period and tried to better understand the English language, my grades went up, and since then I haven’t really had a problem understanding everything my teachers say anymore.

“Getting over that period as an international student-athlete and trying to fight through it at first is tough, but having success at the end makes it all worth it.”

Koelzer did not let her early barriers as an international student-athlete impede her. Koelzer thrived in the classroom after her first semester and earned a place on the Dean’s List, an honor for students who have attained GPAs of 3.5 or higher.

Three years later, Koelzer continues to excel in the classroom with a cumulative GPA of 3.81. Her hard work has not gone unnoticed, as she was the recipient of the ACC Weaver-James-Corrigan postgraduate scholarship, awarded to individuals who have excellent academic and athletic achievements and who are socially active in their communities and displayed leadership both on and off the court.

When asked about her plans after graduation, Koelzer plans to enroll at Virginia Commonwealth University, where she plans to begin pursuing a graduate degree.

“I want to get my master’s degree in sports broadcasting,” she said. “I’m really interested in a program called sports leadership at VCU. I want to take on grad school, finish it as quickly as I can, and see what happens from there.

On top of tennis and academics, Koelzer found time to expand her horizons in the communications field, as she and fellow teammate Tristen Dewar worked with Nik Conklin, the coordinator of digital content for Clemson Athletics, and her experience served to only open more doors for her future.

“When we had time during our schedule, Tristen (Dewar) and I worked with Nik on a project for the team on how international we are, and that being international is not necessarily something bad,” she said. “Working with Nik (Conklin) also made me think that this might be something I really want to do. I wish I could have spent more time on it during my collegiate career, because when you play a college sport, there’s not much of a chance to have an internship at the same time. I hope I can do more during my master’s program, or after it, to get more experience.”

When asked what set Clemson apart from the other universities she visited in the United States, Koelzer said it was the school was the one that felt the most like home. Even after spending three years in a different country, Koelzer has not stopped learning.

“I can tell you that it has been, and sometimes still is, a cultural shock for me when I compare my life in Germany to my American life,” she said. “The food here is so different, and the dimensions of living are also so different in America. In Germany, we have a city center, and the living population surrounds it, whereas here everything is so spread out. Also, the people living in South Carolina are so different; they are all very friendly and helpful, whereas in Germany everyone is more individualistic.”

When talking about her time and experiences, Koelzer offered this piece of advice to international students as they adjust to life in a new country and environment with a different culture.

“The biggest advice I can give to international students is to not be afraid to talk to other people at first, because we obviously have an accent,” she said. “At first you’re really shy and don’t want to talk much in classes toward other people you don’t know. The biggest advice I can give them is to be open-minded and don’t think that they will laugh at you, or think badly about you just because of your accent.

“Many people will tell you they love your accent, or that it’s nothing bad, or maybe ask you what you said over and over again, but keep trying to explain what you mean, and that’s the biggest advice I can give anyone trying to make friends.”

To chronicle her experiences in America, Koelzer started a blog on the popular platform WordPress titled “My Life as a Germerican,” where she has detailed her experiences as an international student-athlete and how she has adjusted to life in America and continued to grow as a ‘Germerican.’

As she begins a new chapter in her life, Koelzer will continue to live a solid orange Germerican dream.