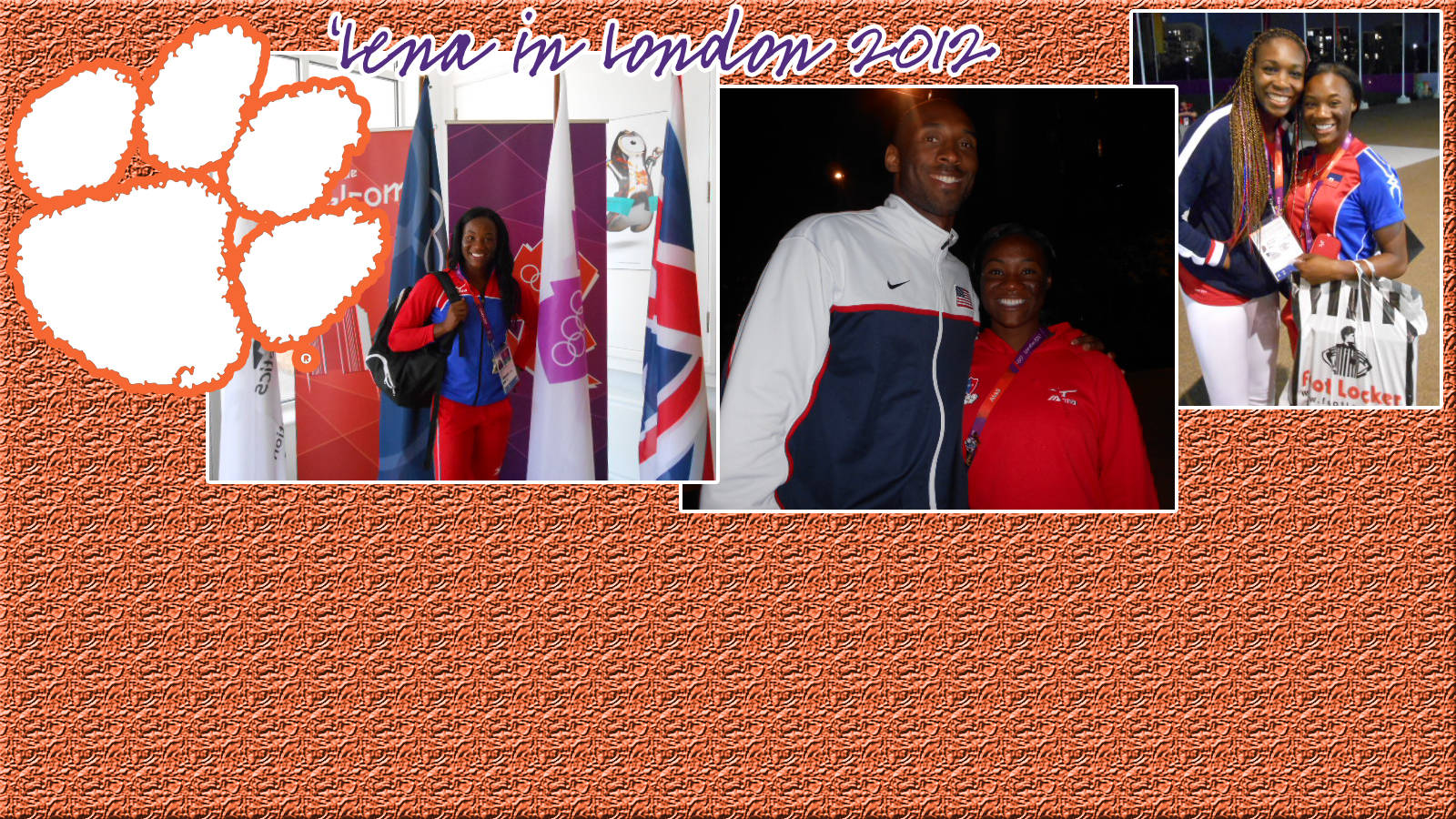 Editor’s Note: Clemson junior Marlena Wesh has been gracious enough to author a blog on her experiences from the Olympic Games in London, England.  Wesh, who will compete for Haiti, is scheduled for the qualifying heats of the 400 meters on Friday, August 3.  This is her second blog entry. It is 3:07 PM here in London. Tonight is the opening ceremony, which starts the official beginning of the Olympic Games. Excited does not even begin to express what I am feeling!

Last night was probably one of what will be the most exciting times here at the village. I was eating dinner in the cafeteria at around 9 PM when the USA Basketball team walked in and was, of course, bombarded by fans. It was actually funny because I was sitting with former NCAA runners Regina George (Arkansas) and Christy Udoh (Texas), both competing for Nigeria. We were all debating on whether we wanted to look like drooling fans and run over for autographs and pictures and after about 30 minutes we developed a plan that wouldn’t make us look like “drooling fans.” We waited for them outside pretending to take pictures with each other, haha. About 10 minutes later out walks Kobe, LeBron, James Harden, Carmelo Anthony and a couple others whom I am not too familiar with. Of course we bombarded them and received our pictures and hugs. It was great, haha!

I went to this place on the village called the poly clinic, and it is pretty much a huge hospital where you get free medical attention. It is actually pretty cool with all the free things you can have done there, ranging from teeth whitening, surgery, glasses, massages, therapy, just any and everything medical that you can think of. I also found out that in the village there is a barbershop, beauty salon, and nail place and once again…everything’s free. I think I am going to get my teeth whitened tomorrow, haha!

Here in the village everyone is so friendly and smiling, and for the most part, everyone will stop for a photo. Something that the athletes are really big on doing here is exchanging pins. Every country gets pins of their flag that says 2012 Olympics with their sport, and we trade pins and put them on our lanyards.  Sadly, I haven’t gotten any pins from my country yet so I can’t trade BUT Venus Williams gave me a tennis pin when I met her on Wednesday! I was so excited.

Any who, the opening ceremony is tonight and I have to be there by 9:25 PM for the athlete parade. I cannot wait because this will be my first time seeing the track. I think tonight I might cry…I’m hoping I don’t, but I can’t force myself to wake up from what feels like a dream.  Looking back at where I was this time last year and seeing the Olympic rings on my jacket is indescribable. I am so grateful!