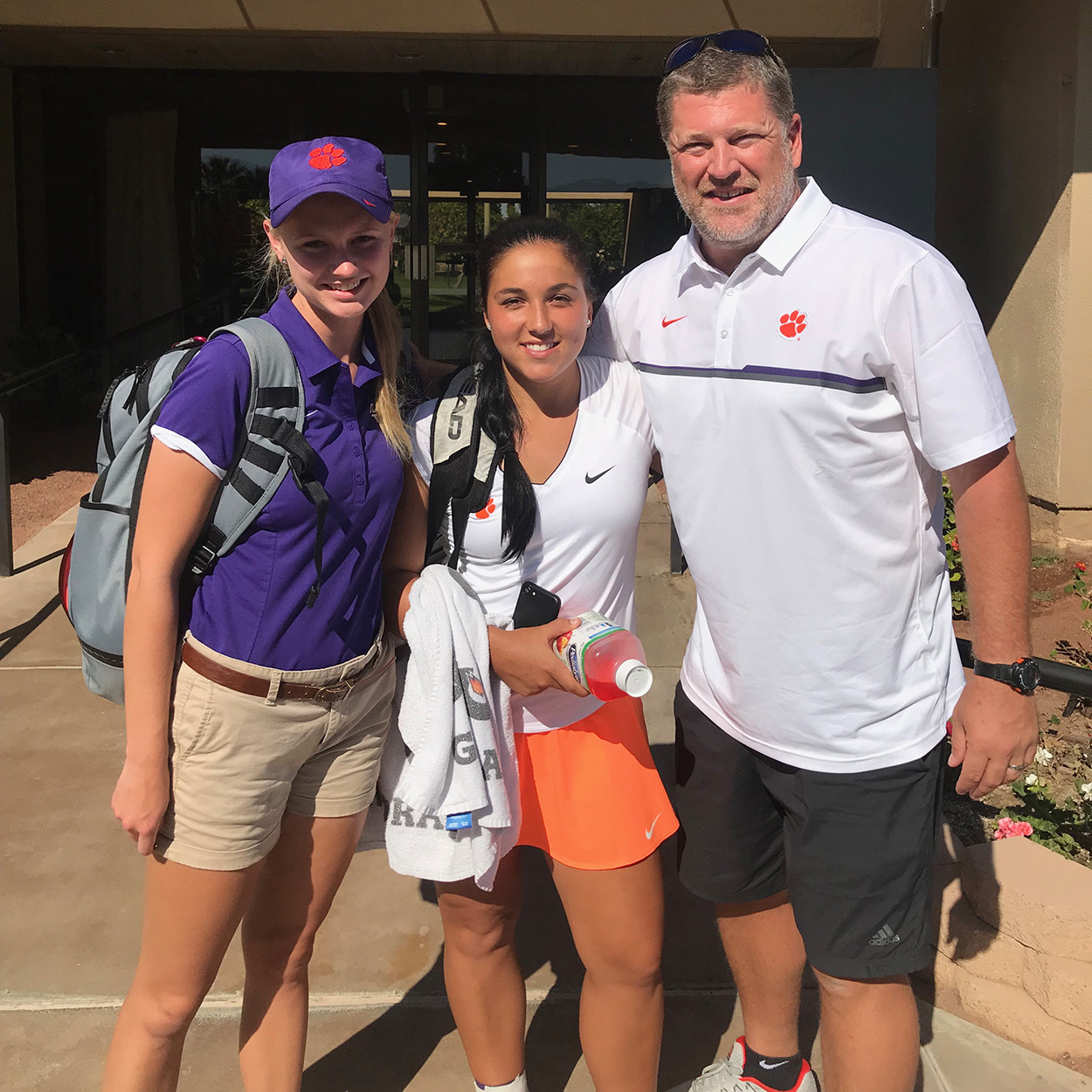 CLEMSON, S.C. – Marie-Alexandre Leduc picked up the biggest win of her Clemson tennis career thus far, upsetting 13th-ranked and No. 15-seeded Mayar Sherif Ahmed of Pepperdine in the second round of the singles draw on Thursday at the Oracle ITA National Fall Championships. The junior from Saguenay, Quebec defeated Ahmed in three sets, 4-6, 6-1, 6-3, to reach the Sweet 16 of the prestigious tournament in Indian Wells, Calif.

Leduc, ranked 70th in the nation in the ITA preseason singles rankings, will meet Stanford’s Emily Arbuthnott in the round of 16 on Friday at 9 AM Pacific time. Arbuthnott is ranked 69th nationally and is coming off a three-set win over the No. 6-seeded player in the singles draw.