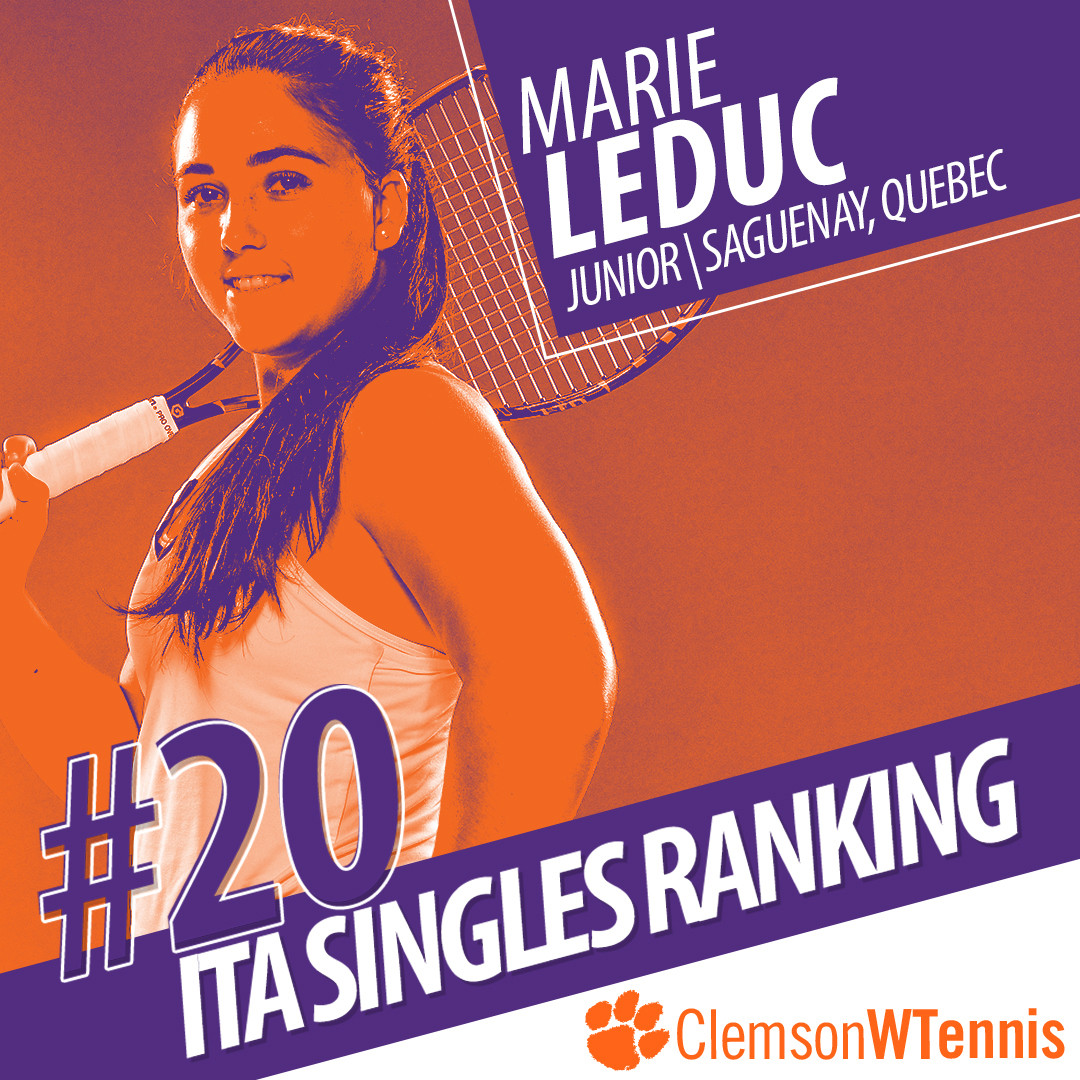 CLEMSON, S.C. – After an impressive run at the 2017 Oracle ITA National Fall Championships that ended in the quarterfinals, junior Marie-Alexandre Leduc has been recognized for her level of play with a national singles ranking of 20th in the ITA poll released on Nov. 15. Leduc, a native of Saguenay, Quebec, jumped an incredible 50 spots from her ranking of 70th in the fall preseason poll.

Leduc finished the fall season with a 9-3 record in singles play, including wins over five nationally-ranked opponents. Her best win of the fall was over 13th-ranked Mayar Sherif Ahmed of Pepperdine in the second round of the Oracle ITA National Fall Championships. In addition to the quarterfinal run at the fall championships, Leduc also reached the semifinals of the ITA Carolinas Regional.