Playing primarily at No. 1 singles, Leduc finished the spring season with an 11-9 record in dual matches and won three of her final five matches. The senior tallied three wins over ranked opponents, including a three-set thriller over No. 26 Carla Touly (3-6, 6-2, 6-3) of Florida State.

Leduc, alongside doubles partner Fernanda Navarro, dominated doubles action this season, posting a 16-5 mark in dual play. The 10th-ranked duo went 8-6 against nationally ranked teams this season with five top 30 victories, highlighted by back-to-back wins over top 10 opponents (No. 7 pair from LSU and No. 9 pair from Winthrop).

Adding in fall matches, Leduc closed out her senior season with a 14-12 overall singles record and a 28-8 mark in doubles play. Leduc and Navarro capped their fall seasons with a historic doubles victory at the 2018 Oracle ITA Fall National Championships, becoming the first duo from Clemson to with the fall doubles title. 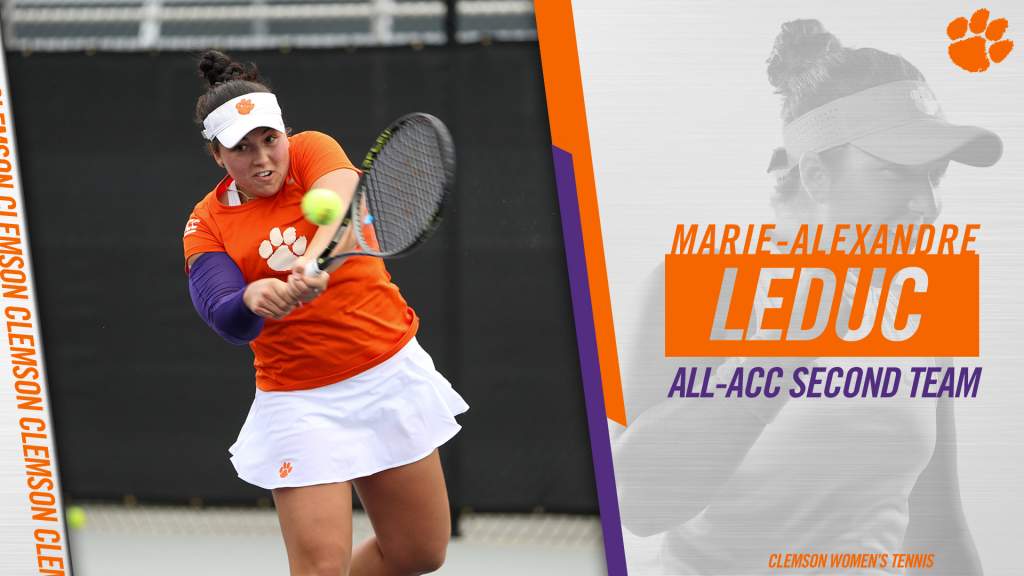