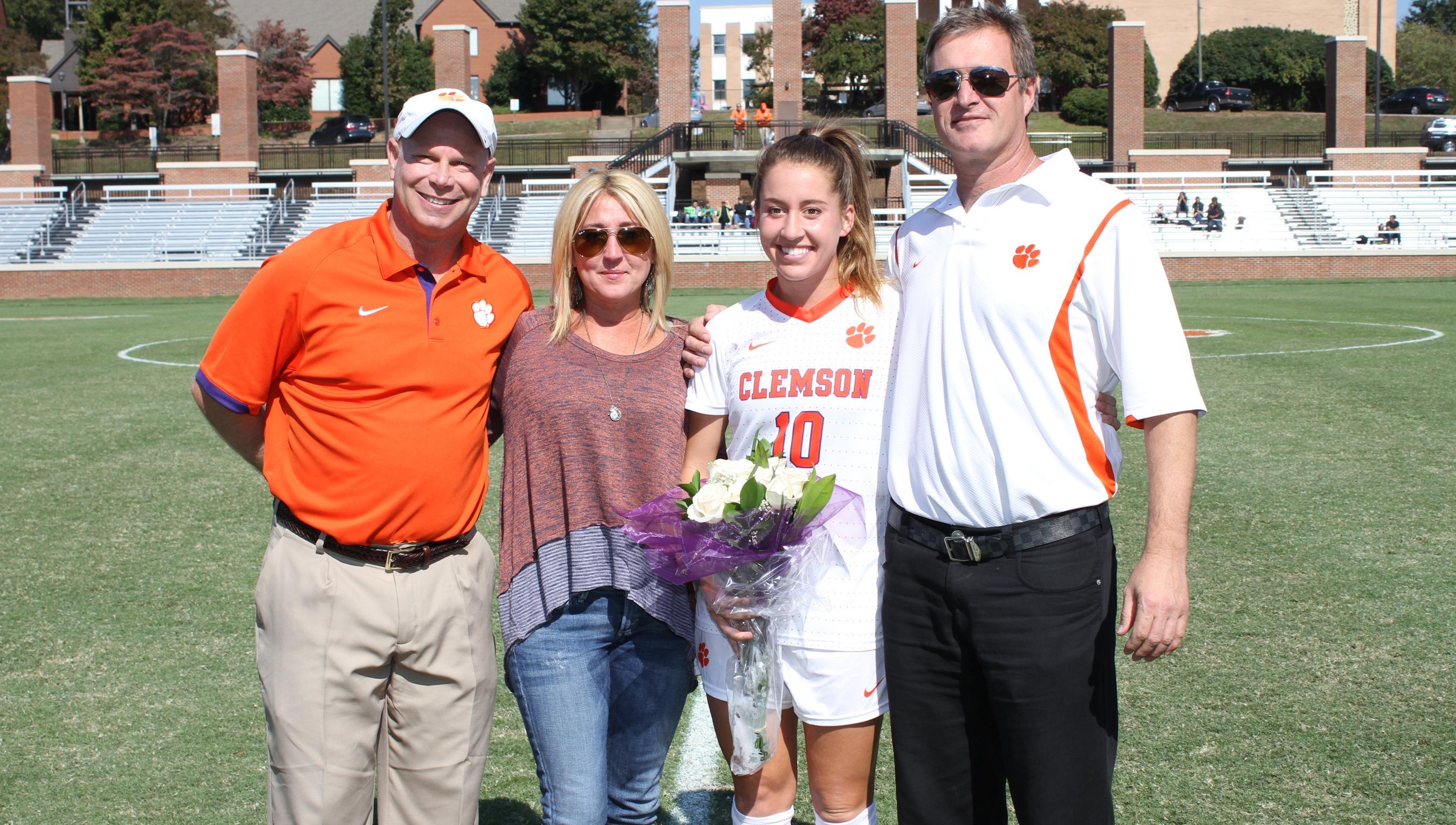 GREENSBORO, NC – Senior Vanessa Laxgang and junior Katelyn Reeve have been named to the 2013 All-ACC Academic Women’s Soccer Team as announced by Commissioner John D. Swofford on Tuesday morning. It is the first career all-conference academic team honor for both student-athletes.

Laxgang graduated from Clemson in December of 2013 with a degree in Psychology. The native of Arlington Heights, IL played a pivotal role in the midfield for the Tigers for four years, starting 66 out of 68 career games and tallying 5,447 minutes on the field. She led the team in scoring in 2013 with five goals and two assists, and concluded her Clemson career with 16 goals and nine assists.

Reeve, a junior midfielder, has a 4.00 cumulative grade point average as a Biological Sciences major. The team co-captain started all 19 games in the midfield for the Tigers in 2013, logging 1,313 minutes on the field. She tallied two assists on the season, including one on the game-winning goal in Clemson’s 1-0 victory over Syracuse on the road. The native of Cary, NC was also named to the 2013 Capital One Academic All-District 4 Women’s Soccer Team earlier this year.

Click HERE to read the complete release on theACC.com.