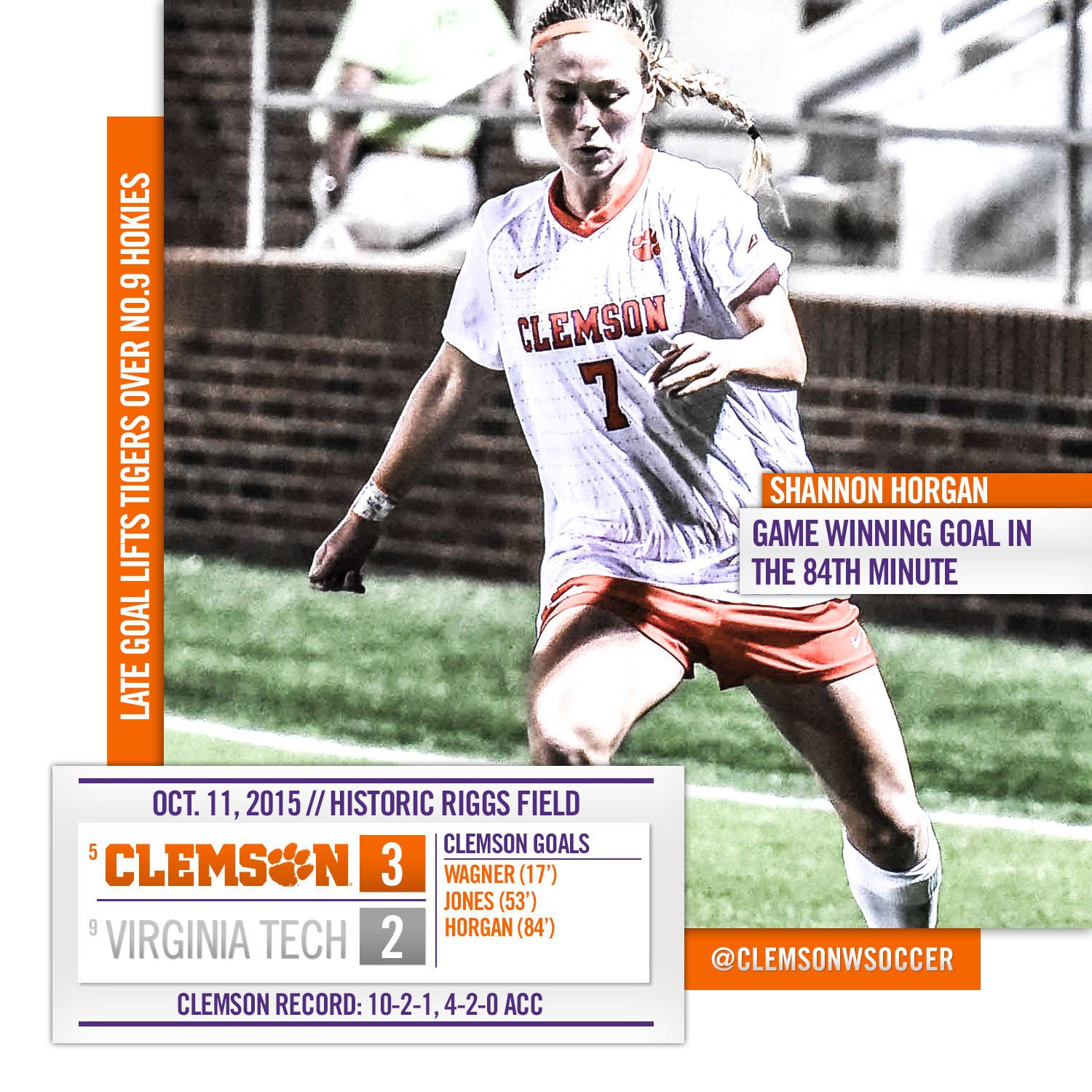 Late Goal Lifts No. 5 Tigers Over No. 9 Hokies Sunday

Junior defender Claire Wagner broke the ice for the Tigers in the 17th minute off a free kick that was assisted by Gabby Byorth. The shot from Wagner found the upper right corner of the goal for her third goal of the season. Sixteen minutes later Virginia Tech scored to the tie the game at one, where it would remain for the rest of the first half.

Junior midfielder Abby Jones found the back of the net for the first time this season in the 53rd minute, after a nifty pass from Paige Reckert beat the Hokie’s back line and Jones finished from 15 yards. Clemson held the 2-1 lead for 22 minutes when the Hokies leveled the score on a ball that was bounced around in the box.

The game would remain tied until the 84th minute when sophomore forward, Shannon Horgan fired a shot from 25 yards out. The shot would hit the crossbar and far post before coming down inches past the goal line for the game winner.

The three goals in the contest for the Tigers were the second most this season as Clemson outshot Virginia Tech 13-10 in the contest.

Clemson will return to action Friday, Oct. 16 for its final regular season home match against Pittsburgh. The game will start at 7 p.m. and will be both Breast Cancer Awareness night as well as Senior Night. As always admission is free to all women’s regular season home games.