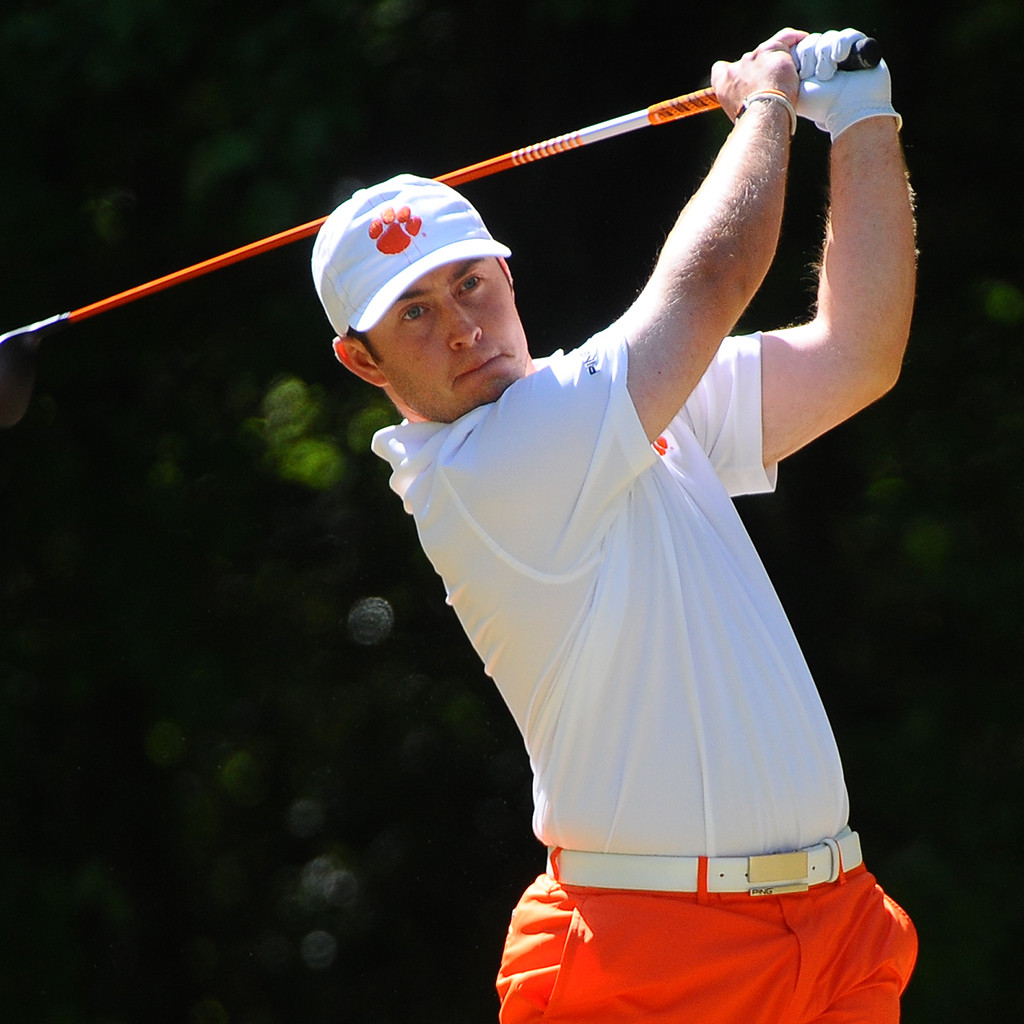 Langdale Leads Tigers on Day One of NCAAs

Bradenton, Fla.—Clemson sophomore Austin Langdale fired an even par 72  to lead Clemson  to a 306 team score during the first round of the NCAA National Tournament at the Concession Golf Club in Bradenton, Fla.  Clemson is in 27th  place out of 30 teams after the first day with the 18 over team score.

Clemson finished ahead of seventh ranked Stanford and 11th ranked Oklahoma on a tough day for scoring for all the teams.  Only four players broke 70 and just 23 broke par.  Only one team scored under par, Illinois with a -2 score of 286.  The average score for the 156 players was 75.5.  The nation’s number-one player, Maverick McNealy of Stanford shot a 78.

While Clemson is in 27th place, the Tigers are just eight shots off the 15-team cutline that will be made after the third round.

Langdale was the only Clemson golfer to break 77.  Double bogeys, something that has not been a problem for a team that entered the national event with a team average of 71.38, was the biggest factor.  For the first time all year all five Clemson players made at least one double bogey and the Tigers had nine total, seven by counting players.

The par 72 course is 7483 yards in length, the fifth longest course Clemson has played in its history.  In addition to Langdale’s 72, Billy Kennerly had a 77, Miller Capps a 77, Stephen Behr an 80 and Cody Proveaux an 81.  It was the highest score of the year for all but Langdale.

“We played scared,” said Clemson Head Coach Larry Penley.  “I saw some shots out there that I had not seen all year.   We have to play better tomorrow.  Good players have short memories and we (four of the five players) have to forget about this round tomorrow.

“The biggest factor was we didn’t handle the greens.  We putted poorly early and it affected us.  We had some opportunities and didn’t convert.  These are tough greens no doubt about it, but we have to play more aggressive tomorrow.”

Clemson players missed five birdie putts of seven feet or less over the first six holes.  The only player who rolled in a long putt was Capps, who made a 25-footer for birdie on the 12th hole, his third hole of the day.

Clemson played the first nine holes in seven over par, but that was encouraging since the back nine was consider the most difficult nine. Most figured a team score of 300 would be average given the length of the course.  At the end of the day, it was.   But, Clemson played the front nine in 11-over-par to finish with a +18 team score, nine shots higher than any round they had recorded all year.

Langdale had four birdies, a double bogey and two bogeys in scoring even par 72, tied for 24th in the field of 156 golfers..  He made a double bogey on the 18th hole (ninth of the day) then came back with a pair of birdies thanks to short putts on the first and second holes.   He closed with a birdie when he hit his approach shot on the ninth hole to four feet.

“Austin was a bright spot.  He played well, but he did bogey a pair of par five holes and missed some short putts.  He three putted one hole from eight feet.

“My point there is we left a lot of strokes out there.  Austin could have had a lower score and the others did the same.  We can’t count an 80 if we are going to challenge for the 15 team cutline on Sunday.

“We earned our way to this tournament, but we just didn’t play like it today.  We can’t play scared and hopefully we won’t tomorrow.

Clemson will play with Florida and Duke in the late wave of teams on Saturday.  The Tigers first player will tee off at 2 p.m.   The average round for Clemson’s five players today was  five hours and 42 minutes.