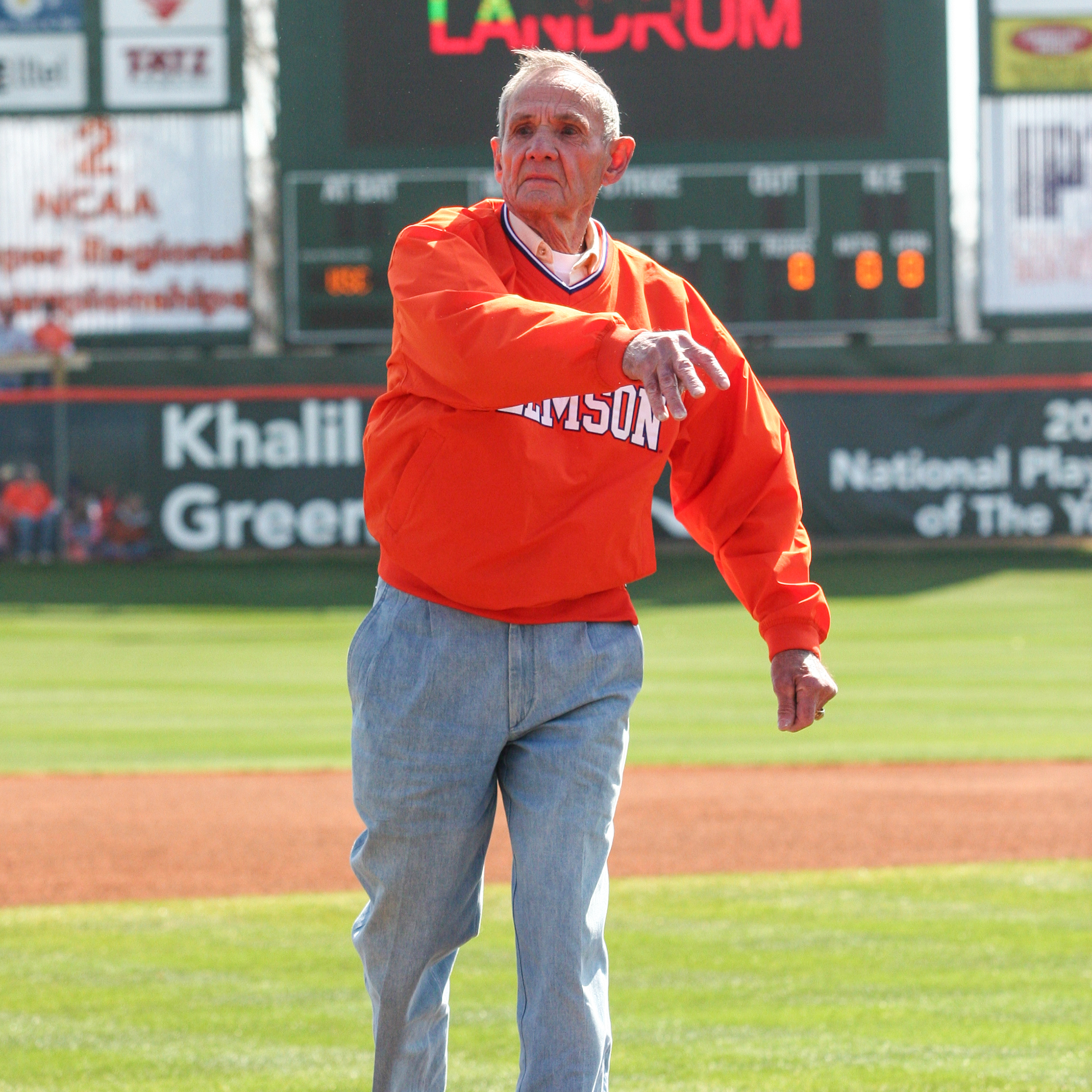 CLEMSON, S.C. – Joe Landrum, Clemson’s first baseball All-American, died Sunday in Columbia, S.C., at the age of 89. According to a baseball research website, he was the 87th-oldest living former MLB player before his death.

Landrum came to Clemson from Columbia High School and played for the Tigers in 1946 and 1947. Clemson finished with a 12-5 record in 1946 and Landrum won 10 of the 12 games, as he had a 10-2 record. On March 29, 1946, after spending the night in the Clemson infirmary with strep throat, Landrum pitched the first Clemson no-hitter in 22 years against Erskine in a 6-0 Tiger victory.

In that 1946 season, Landrum finished with a 1.04 ERA in 104.0 innings pitched, still the second-best ERA in Tiger history for a starting pitcher. He had a 97-to-27 strikeout-to-walk ratio.

Landrum was Clemson’s starting pitcher against Yale in the NCAA Tournament game in New Haven, Conn., that year. Among the Yale players he faced was future U.S. president George Bush. Landrum drove in all three Clemson runs with a bases-loaded triple in the Bulldogs’ 7-3 win.

Later that summer, Landrum turned professional with the Brooklyn Dodger organization. He had many outstanding seasons in the minors, including a 17-4 record with the Asheville Tourists in 1948 and a 19-11 record with Fort Worth (Texas) in 1949. He had a 72-42 career record in the minor leagues.

Landrum played for the Brooklyn Dodgers in 1950 and 1952. He made his major league debut on July 13, 1950 and found himself on the field with future hall of famers Duke Snider, Jackie Robinson, Roy Campanella, Gil Hodges and Pee Wee Reese. The highlight of his MLB career came on July 31, 1952, when he pitched a complete game in a 4-1 victory over Pittsburgh. He held Pittsburgh star and future National League MVP Dick Groat to 0-for-5 at the plate.

Landrum was on the 40-man roster for the 1952 Dodger team that lost in the World Series in seven games to the New York Yankees.

He did not play baseball in 1951, as he returned to Clemson to complete requirements for his degree in architecture. Landrum went into the United States armed services for two years and came back to play one more year of minor league baseball in 1955 before retiring to enter private business in Columbia.

His son, Bill, pitched eight years in the major leagues for the Cincinnati Reds, Chicago Cubs, Montreal Expos and Pittsburgh Pirates between 1986 and 1993.