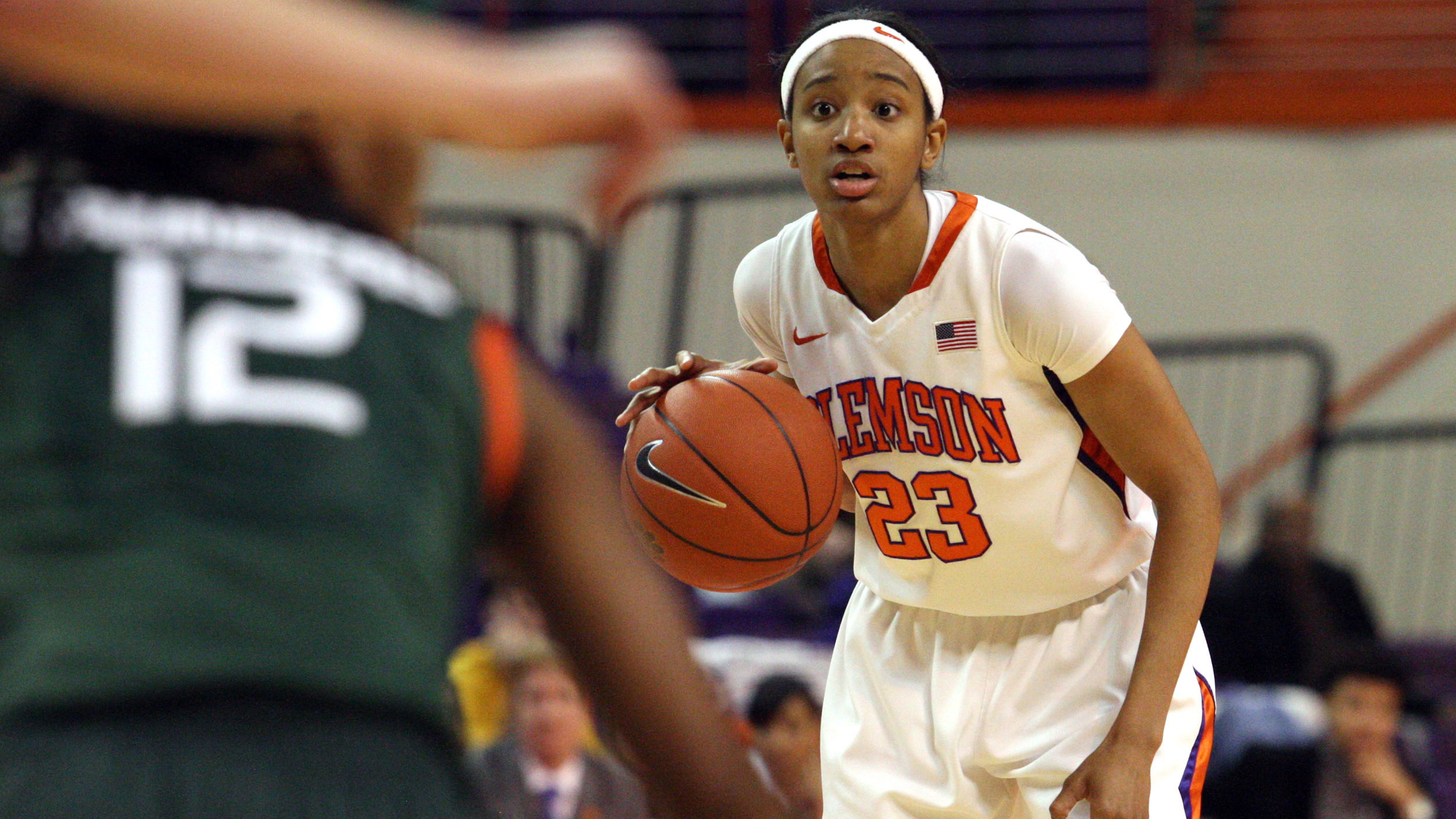 The game will be joined in progress on WCCP 104.9 FM at the conclusion of the men’s game, which also pits Clemson against NC State at 1:00 pm in Littlejohn. Fans can access the women’s game on ClemsonTigers.com, the official Clemson Tigers app, or can watch live for a fee on GoPack.com.

NC State has a 49-30 advantage in the series, which has been even as of late. NC State won in Clemson last season, earning revenge for the Lady Tigers’ win in Reynolds in 2011. The contest was the league-opener for both teams, and was Head Coach Itoro Coleman‘s first career conference game.

Four Tigers scored in double-figures in the game, led by 23 from Sthefany Thomas. Just one player still remains from that team in junior Chancie Dunn, who did not score in five minutes of action against NC State. Last year, Clemson’s freshmen combined for 40 of Clemson’s 46 points in an 62-46 loss in Littlejohn Coliseum. Kelly Gramlich had 18 points, while Nikki Dixon added 17 for the Tigers.

Clemson has dropped two games in a row, but do head to Raleigh with a 2-3 record in ACC play on the road this season.

Junior Quinyotta Pettaway continues to be Clemson’s most consistent player, as she ranks third in the ACC in rebounding overall, and is averaging 12.1 points and 10.4 rebounds in ACC play. Six of her eight double-doubles this season have come in league play, and over the past three games, Pettaway is averaging 17.6 points and 9.7 rebounds, while hitting 22-40 (.550) from the floor.

Nikki Dixon is Clemson’s leading scorer at 13.1 points per game overall, but has been held below ten points in three straight games.

Kelly Gramlich is heating up, shooting .395 from three in ACC play, and has made at least one three-point goal in eight of the last nine games. Last season, she hit four three-pointers against the Pack.

After playing NC State, Clemson will again hit the road to play No. 7 Maryland in College Park for the Play4Kay game. Clemson returns on Feb. 17 to Littlejohn to take on Virginia Tech, in which all fans will be encouraged to wear pink to support the Kay Yow Foundation.