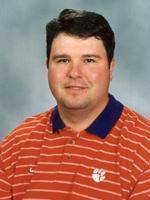 Rochelle Kokayko of the Clemson women’s team won the hammer throw competition at the Canadian Junior Track & Field Championships over the weekend in Quebec. Bethanie Wachna, who will enter Clemson in the fall, claimed silver in the javelin throw at the competition as well.

Kokayko, who already ranks third in school history in the hammer throw after just one season with Clemson, recorded a toss of 172’11” (52.71m) to claim the gold medal. During the 2006 outdoor season, she qualified for the NCAA East Region Championships and had a personal best of 183’8″.

“I know that Rochelle was expecting to throw farther, but I am pleased that she was able to win the meet,” said Glenn McAtee, assistant coach at Clemson in charge of throwers. “Championships meets are about order of finish more so than how far you throw. Last year she finished second, so to come back and win is great.”

Wachna placed second in the javelin after posting a mark of 138’5″ (42.18m). She recorded the mark on the last of her six throws. She was a four-time city champion and three-time provincial champion in the javelin in Ontario, Canada.

“Bethanie did a great job of competing on her last throw,” McAtee said. “She was in the bronze medal position going into the final round and she was able to find a way to get a little better throw to come back with the silver. She showed that she was a tough competitor out there.”