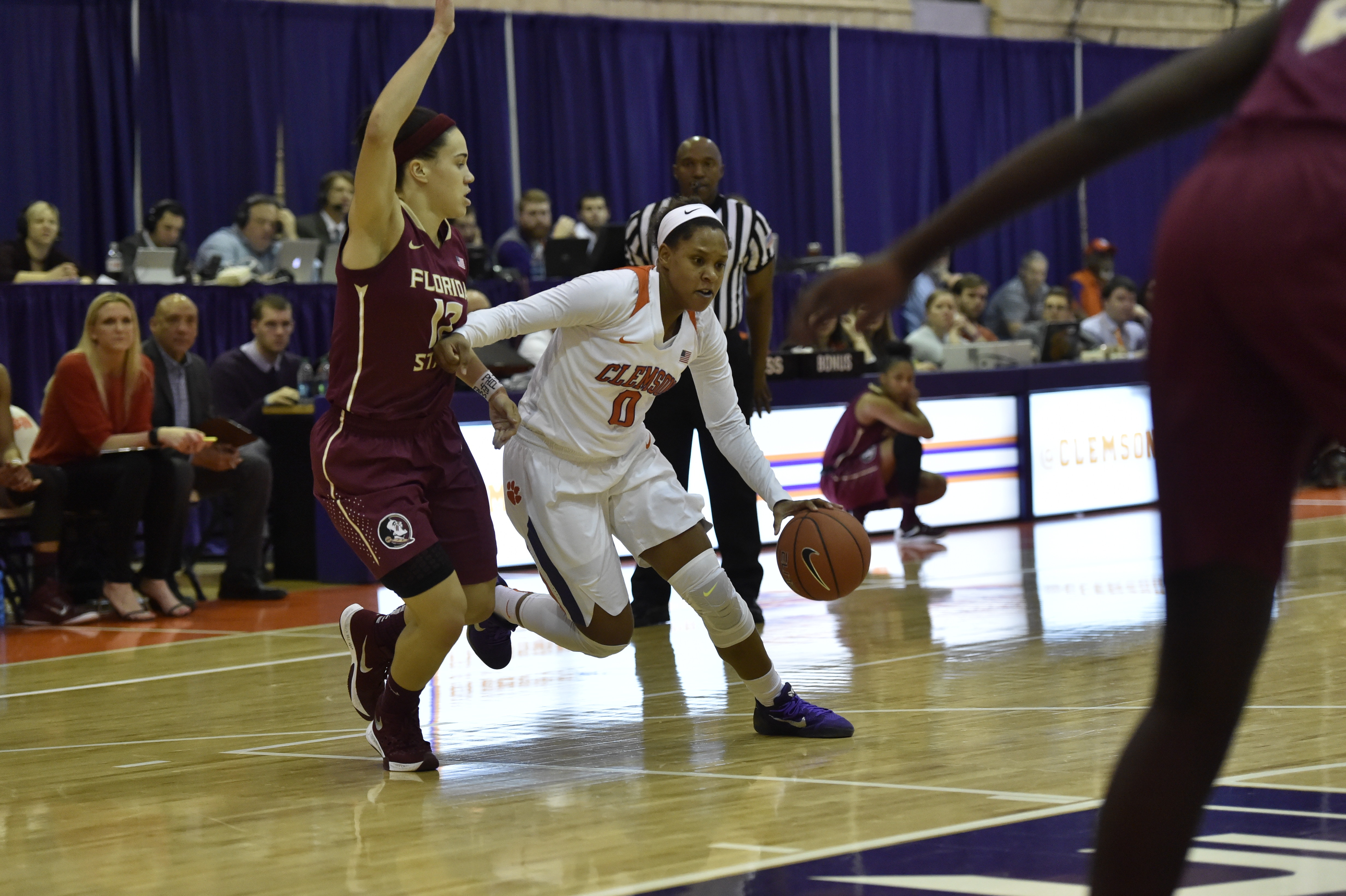 Florida State opened the contest on a 9-2 run but Clemson fought back as Perry scored the first seven points of the game for Clemson. At the end of the first quarter, the Seminoles held a 25-13 lead. The Tiger offense came alive in the second quarter, scoring 16 points but at the half, Florida State led 47-29.

Clemson could not get much going in the second half, as Florida State poured in 23 third quarter points. As the game entered the fourth quarter, the deficit was too much for the Tigers to overcome.

“I told them at halftime that we had a chance because we played well in the first half. That third quarter, our offense went dry and that was because we kept turning the ball over. We could not get many attempts in the third and fourth because we turned the ball over too much. Our intensity level was good in the first and second quarters but we just weren’t able to carry that over in the second half,” Head Coach Audra Smith said.

Clemson returns to action on Monday, Jan. 18 as they travel to Blacksburg, Va. to take on the Virginia Tech Hokies at 7 p.m.