From the time she was a child, Kimber Haley’s dream school was always Clemson, but it wasn’t until she was a bit older when she realized it could be her dream destination for soccer as well.

Haley is the daughter of Michael and Chere Haley, 1994 and 1995 Clemson graduates, respectively. The couple met early during their college careers, and the university was so special to both of them that Michael chose the Botanical Garden Duck Pond for the site of his marriage proposal to Chere after they graduated.

Years later, and the couple often returned to Tigertown for football games, bringing their children, Kimber, her older brother, Tyler, and her younger brother, Hudson. The Haleys would join other college friends and their families in tailgating, cheering on the Tigers and the numerous other traditions of Clemson football. Many times, they made the trip from their hometown of Fort Mill, S.C., a day early in order to attend Friday night home soccer matches.

When she was in middle school, the Haleys’ attendance at Clemson football dwindled a bit, coinciding with the growth of Kimber’s soccer career. Around that time, she started playing for Charlotte Soccer Academy, a larger club that afforded her more exposure and the ability to be seen by college recruiters.

Success did not come right away for Haley, who had to persevere while watching some of her club teammates receive offers from college programs. Ultimately, her patience paid off.

“Clemson was a dream school for me. I loved it so much, but there were times I wanted to give up because I thought it was out of reach. I kept coming to camps, though, and eventually something clicked and the coaches noticed.” 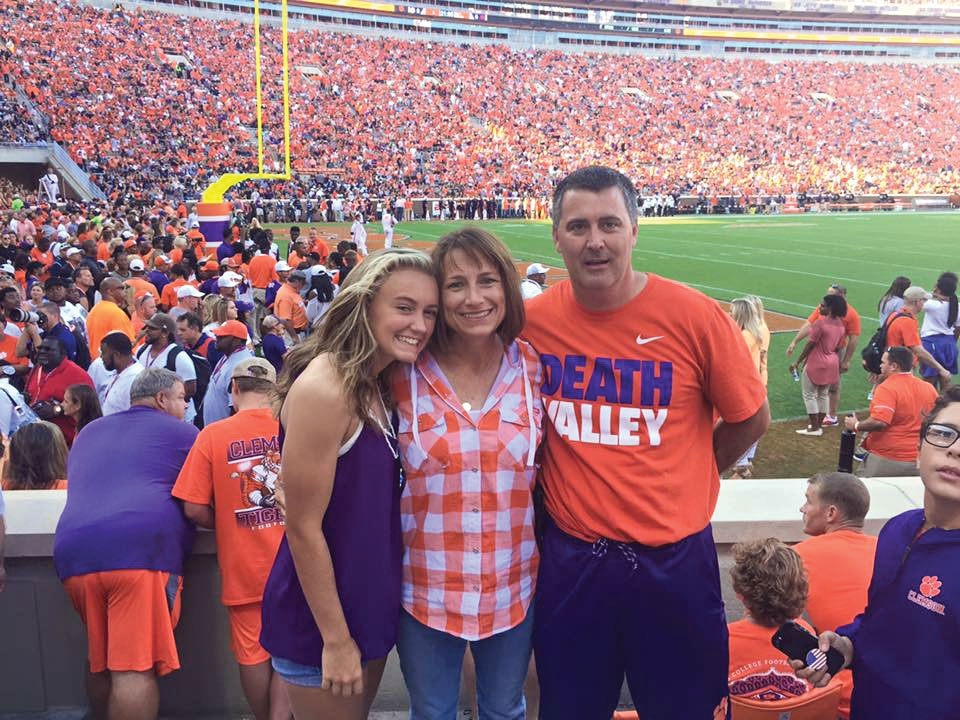 The summer after her sophomore year of high school, head coach Eddie Radwanski presented Haley an offer, the opportunity to play for the Tigers. Although she believed she knew her favorite, Haley had a systematic approach to making her college decision. She ranked her top three schools (Clemson, Furman, Vanderbilt) in order from one to three in several categories, including academics, soccer, atmosphere, campus, etc.

“The fact that my parents attended Clemson made me second guess myself, because I wondered if I was doing it for them. Once I did that chart and Clemson was my No. 1 in every category, I was 100 percent certain of my decision.”

Fast forward two years later to Aug. 18, 2017, Haley was a freshman on the Tiger soccer team, running out to the pitch as her name was announced as a starter in the midfield for her first career match in a Clemson uniform.

Haley went on to start 18 of 19 matches in 2017. She played 1,306 minutes, more than any other freshman on the team. At the team’s postseason awards banquet, the coaching staff honored her as co-recipient of the Tiger Newcomer Award, recognizing the impact she had on the team as a rookie.

When she reflected on the first phase of her Clemson career, what it means to her and especially to her family, Haley was thoughtful and thankful.

“My goal in life is to make my parents proud. They encouraged and supported me endlessly growing up. The reason I’m here is because of my dad. He spent countless hours with me on the field and on the track, training and working. Making him proud is my way of saying thanks for everything he has done for me.

“I know how much it means to him, and to my mom as well. There’s no better way to say ‘thank you’ to my parents than to show them through my actions.”