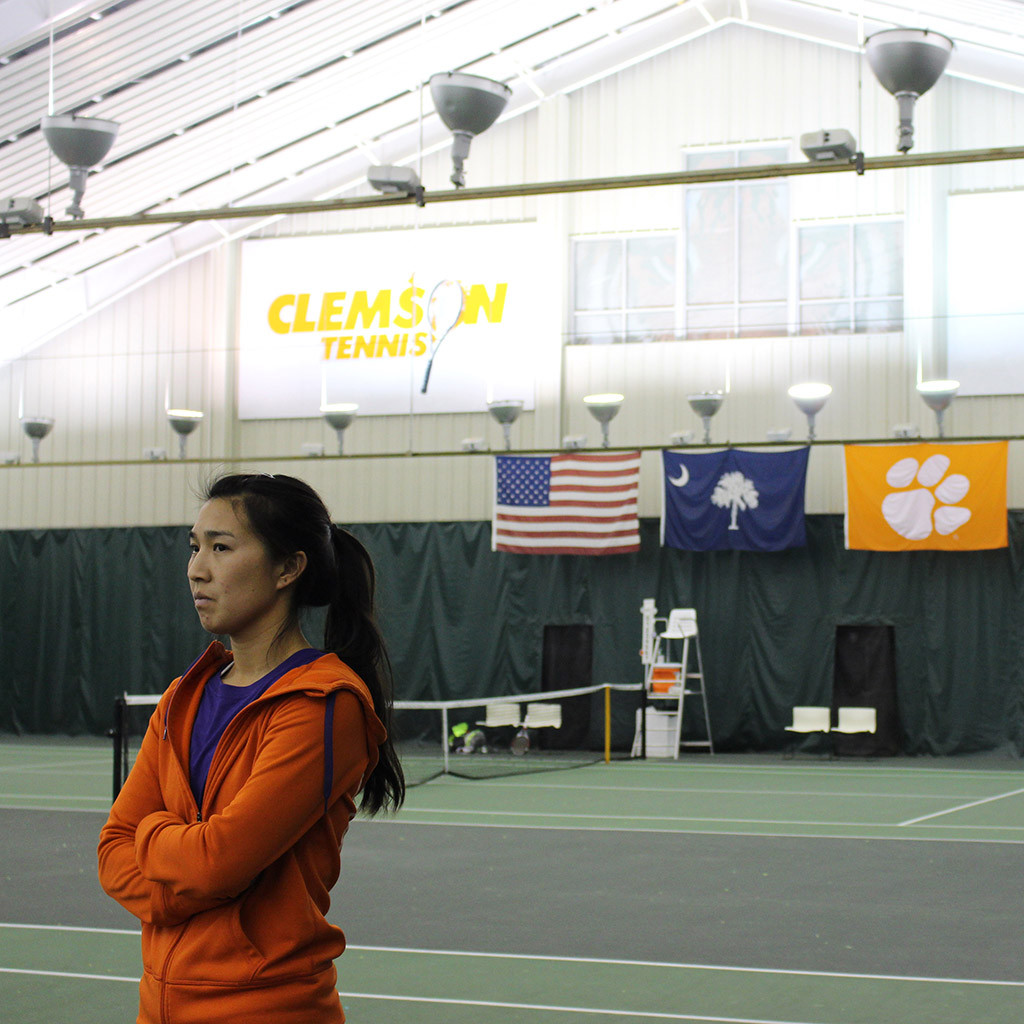 CLEMSON, S.C. – Former Tiger and two-time All-American Keri Wong has been named to the Clemson women’s tennis staff as a volunteer assistant coach, Head Coach Nancy Harris announced Monday afternoon. Wong played for Harris from 2009-12, and has been playing on the professional circuit since she graduated from Clemson in May of 2012.

Wong has experienced great success as a professional, particularly in doubles, in which she is currently ranked 185th in the world. She has six career professional doubles titles, most recently winning International Tennis Federation $10,000 tournaments in Amelia Island and Hilton Head in Sept. 2014, and finishing second at the Kentucky Bank Tennis Championships ($50,000) in July.

At Clemson, Wong was a two-time All-American in doubles and a three-time All-ACC award winner from 2009-12. In 2011, she and partner Josipa Bek were runners-up at the NCAA Doubles Championship. At one point during the season, the pair ascended to number one in the nation, becoming the first Clemson doubles team to ever achieve a number-one ranking. The native of Jackson, Miss. finished her Clemson career with 102 singles wins and 117 doubles wins, the third-most total wins in school history.

“Having Keri on the staff is a huge asset,” said Harris. “Not only can she talk to the players about doubles, but here she is one of the best doubles players in the world. She can show them. She can play alongside them in practice and take them step by step through the movements and the mindset.”

Wong is one of two former players on Harris’ staff, as she joins second-year assistant coach Maria Brito, a two-time All-ACC selection who went to two NCAA Final Fours and won one ACC Championship and two ACC regular season titles with the Tigers from 2004-07.

“It is such a joy for me to have two of my former players on my staff – these legendary players who loved their time at Clemson and now are coming back to give. It’s a huge statement that says a lot about them as people and also about how meaningful their Clemson experiences were.”