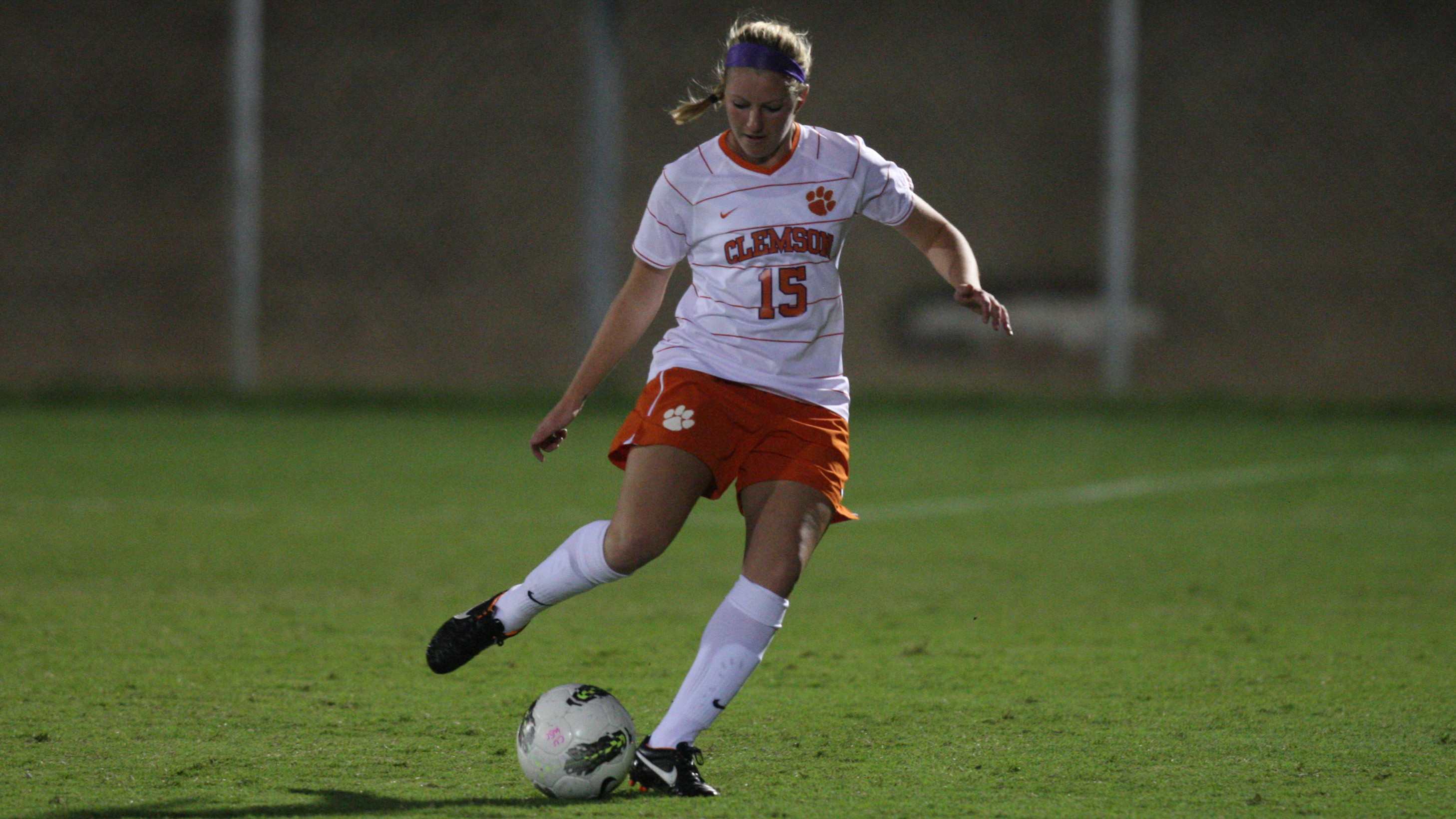 Clemson rising senior women’s soccer player Hailey Karg will be spending the next five weeks in Cyprus, Greece as part of a study abroad program.  Karg, a Health Science major from Salt Lake City, UT, will take two classes while in Greece, and also plans to travel and sightsee around the Mediterranean.  Continue checking this page over the next five weeks as Karg writes about her experiences.

Here’s another update on my adventures in Cyprus! The Global Learning Semesters students, including myself, have been studying at the University of Nicosia. It is summer school for the locals, who are also taking classes there as well, but most of the classes are taught in English. The University is very diverse considering there is a large percentage of international students. I have been enjoying my classes so far since my teacher is very well-traveled and knowledgeable about a wide spectrum of healthcare professions. It is so valuable to be able to be educated by someone like her who has such different experiences than most people in the U.S. It really opens your mind to the world and allows you to think about more than just yourself, your community and your own country.

Besides the usual classroom lectures, we have been spending time in local hospitals. We went to Aretaeio, a private hospital, where we toured each floor and talked to doctors, nurses and other health professionals about what it is like working there. My favorite part of visiting this hospital was getting to witness two Cesarean Section deliveries. It was so cool to see a surgery like that up close, as the doctors were describing what they were doing.

It is interesting to realize the differences in the procedures between European and American health professionals, as well as the different preferences between individuals. For example, the first doctor, who was female, used dissolvable sutures, and the male doctor preferred to use staples to close the incision. Another thing I noticed that was new to me was how much more affectionate the doctors and nurses were with the patients. After finishing up the C-section and cleaning up the patient, once she was coming out of Anesthesia, the doctor kissed the patient on both cheeks as a congratulations. It is rare to see that in other countries, but I thought it was very sweet.

Other than classes and field trips, we have been doing a lot of traveling around the country. We took a weekend trip to Ayia Napa, and stopped to sight-see on the way. We went to Hala Sultan Tekke, one of the most important Muslim religious sites in the world. It is on the shores of the Larnaka Salt Lake, which is different than the Salt Lake I am used to! It is surrounded by olive trees and palm trees, fountains, and gardens, and looks gorgeous up against the water. We were able to go inside the mosque, where inside it lies the tomb of the wet nurse of the Prophet Muhammed, Umm Haram. Then we saw the St. Lazarus church in Larnaca, which used to contain the remains of Lazarus. The church still stands, which is a miracle, considering the Ottoman Empire invaded the area trying to eliminate structures like it. The architecture of the mosque and the church was unbelievable and it was amazing to go inside and look at the structures up close.

Once we made it to Ayia Napa, there were gorgeous white sand beaches with clear, blue water and it was a good time to relax. It was fun to be in a touristy area with other foreign people. We met people from the UK, Russia, Lebanon, Greece, Germany and Sweden, although there was a language barrier. A big group of us went cliff jumping off the rocks that we hiked. A few of my friends and I also went parasailing, which was awesome because you could see the whole side of the island from above, which was unreal! There were people on the beach playing volleyball, soccer, paddle-boarding, some people went boating and tubing. It was a lot of fun and I hope I get the chance to go back!

So far I have been having a blast and I realize I need to soak in all of the adventure and experiences I can, since I don’t know if I’ll ever be back to this amazing place. Thanks for reading, and I’m looking forward to writing again!

I am fortunate to get this opportunity to travel, see new places, meet different people and venture around! There is no better place to do that on an island in the Mediterranean, in the middle of Asia, Europe and Africa, with so much history and diversity.

I flew into Vienna and then arrived in Cyprus Thursday. I moved into my apartment which is very nice, and within walking distance to everything, including the University of Nicosia, where my classes will be. My roommate and I bought groceries, enjoyed our first frappe and got acclimated to our new home. We went to orientation and met people from different schools all over the US. Everyone I’ve met so far seems to be pretty outgoing and adventurous.

This morning we went on a tour of Nicosia (the capital of Cyprus) and a history museum. It was filled with old pottery and statues of gods/goddesses that was awesome to see in person. I enjoyed viewing the art, statues and architecture around the city because it is so old and unique. The pottery was so elaborately painted. We’re free for the rest of the day so my roommate and I and a group of girls we’ve met are going to go to a local beach that is known for its gorgeous blue water.

I’m looking forward to our first day of class on Monday. I am taking 6 credits through a third-party program called Global Learning Semesters Abroad. One is a course comparing the differences between the US and the European health care systems and the other is a nursing practicum where I’ll be getting more of a hands on experience by working in a local hospital and clinics. It sounds like it will be a wonderful experience!