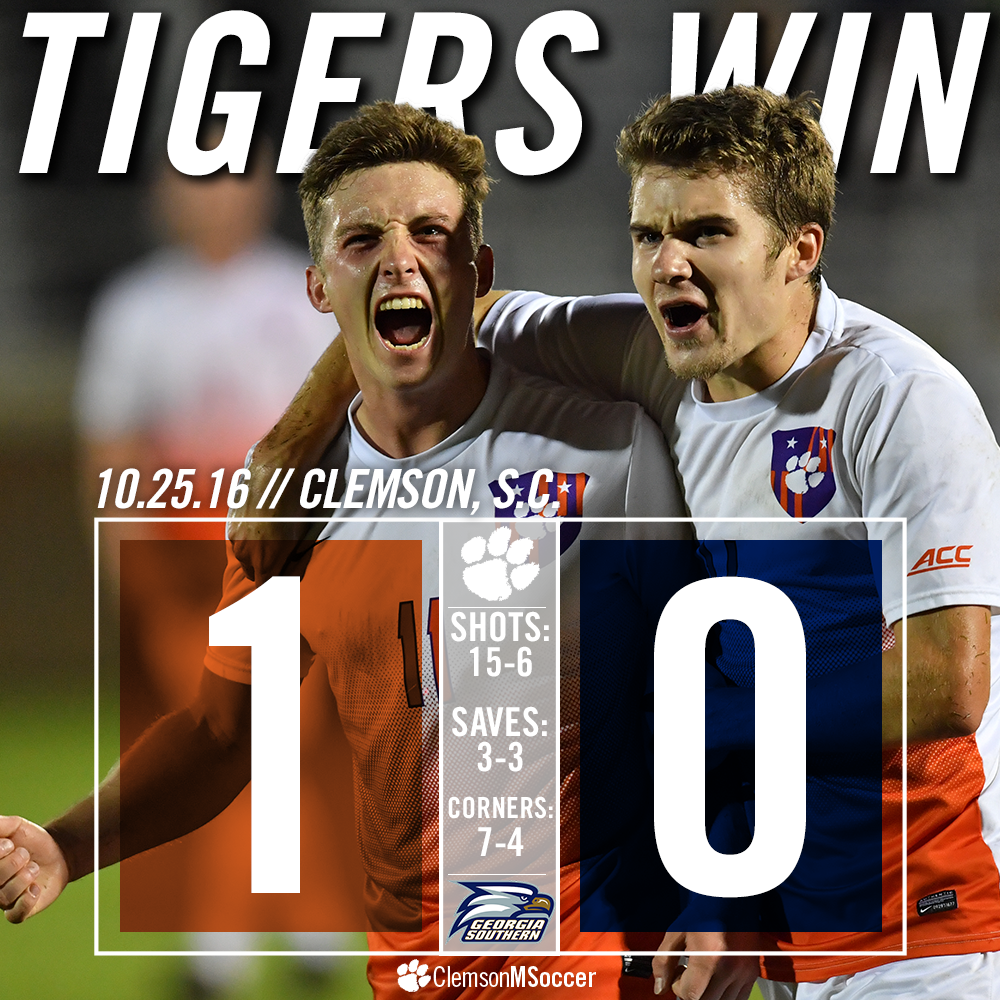 CLEMSON, S.C. – The fifth-ranked Clemson men’s soccer team finished regular season play at Historic Riggs Field with a 1-0 victory over Georgia Southern on Tuesday night behind the game-winning goal from senior Aaron Jones. The Tigers move to 10-2-4, and the Eagles fall to 7-6-3.

Through most of the first half, Clemson linked plenty of passes together in the attacking third and placed balls in the box, but was unable to capitalize. The first dangerous chance came with 15 minutes remaining in the half when senior Thales Moreno ripped a shot that was blocked inside the six by an Eagle defender. The score would remain tied 0-0 heading into the break.

Georgia Southern came out strong in the second half pressuring the back line of the Tigers, creating quality scoring chances. In the 58th-minute Jones hit a quality low driving shot that that was saved on the goal line by an Eagle defender. With six minutes remaining in the second half Jones blasted a free kick into the back of the net from the 25 yards out to give the lift the Tigers a 1-0 victory over Georgia Southern to close out regular season play at Historic Riggs Field.

In the match, Clemson outshot the Eagles 15-6. Ximo Miralles recorded three saves and moves to 8-1-4 overall, recording his eighth solo shutout in his first season as a Tiger.

The Clemson men’s soccer team returns to action on Friday, Oct. 28 at 7:00 p.m. against seventh-ranked Louisville in the final ACC match of the year.