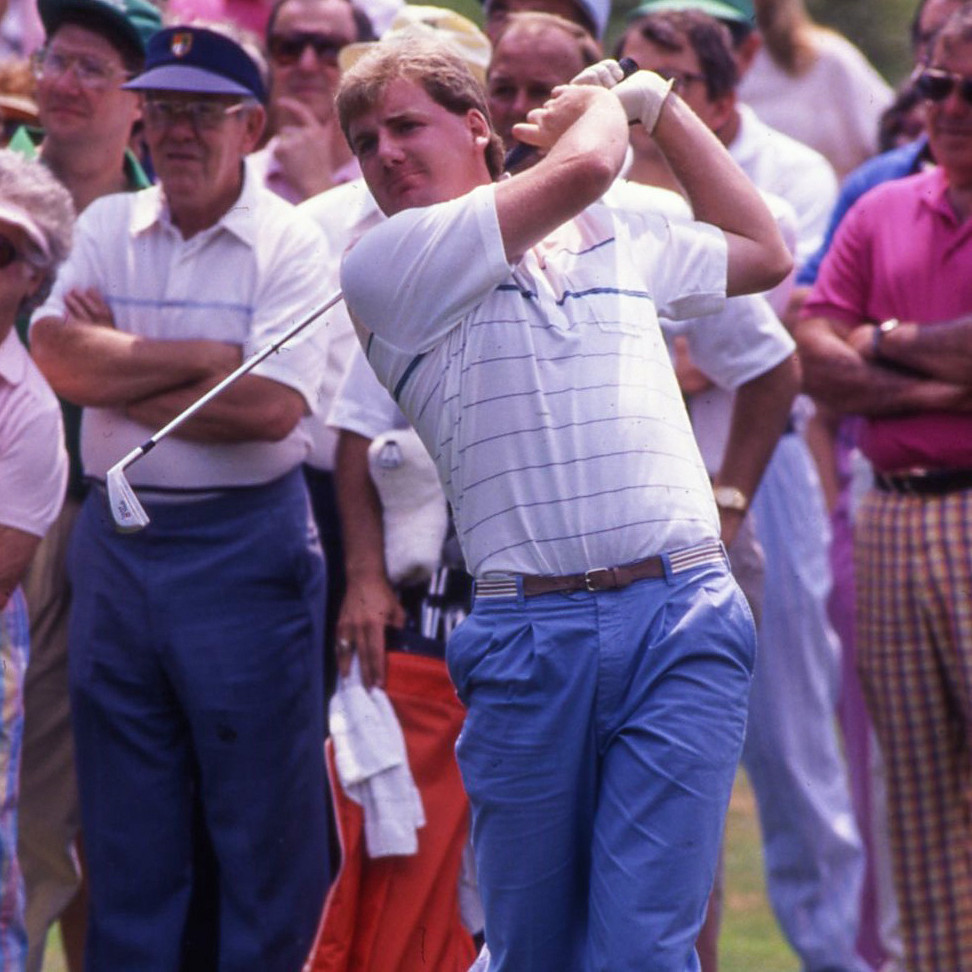 Kevin Johnson’s induction into the Clemson Ring of Honor this weekend certainly brings a smile to the face of head coach Larry Penley. No one had to deal with more adversity than the former Tiger from Massachusetts during Penley’s 35 years as Clemson’s coach. And few golfers had as much to do with the foundation of Penley’s program than Johnson.

Penley started recruiting Johnson when he was in his second year as Clemson’s coach.

“My brother, Chip, played at Limestone and he got to know Larry,” said Johnson. “He told him about me, and Larry decided to check me out. I was also being recruited by Wake Forest.”

The Demon Deacons won multiple national championships in the 1970s, so it gave Johnson credibility.

Johnson, who played for the Tigers from 1985-89, signed with Penley and the Tigers. He had a remarkable run.

Johnson was an immediate starter as a freshman in the 1985-86 season. He had five top-10 finishes, helping Clemson earn a top-25 team finish. During his sophomore year, he was named All-ACC and All-American, as he had eight top 10s, including a ninth-place finish at the NCAA National Tournament at Columbus, Ohio. The Tigers finished 11th as a team.

The 1988 season saw more success for Johnson, as he was once again named All-ACC and All-American and had six top-10 finishes. His season included winning the ACC championship, just the second Tiger to do so.

Johnson had an All-America senior year with eight top 10s, giving him a school-record 27 for his career. He had a career-best 72.2 stroke average in 1989, seven rounds in the 60s and 18 rounds under par.

But the season and his career had a bittersweet ending.

At the NCAA Tournament at Oak Tree in Edmond, Okla., Johnson had an opening-round 66, then had a second-round 69 on the par-70 course. The senior was leading the tournament when he finished his round in near darkness.

When he went into the scoring area to sign his scorecard, a tournament administrator told him he needed to go to the media tent immediately, because all the writers were on deadline.

Believing he was obeying orders from someone running the tournament, Johnson left his scorecard on the table without signing it and went with the media coordinator. When he returned, his unsigned scorecard had been turned in.

A long committee discussion ensued, and initially, Johnson’s score counted. But the following morning, just before the third round began, officials changed their decision, and his second round was disqualified. As a result, Clemson had to count a 76 instead of a 69.

To Johnson’s credit, he shot a 70 that third round and a 73 in the final round, helping the Tigers to a third-place finish, at the time the best team finish in school history.

Had Johnson’s second-round 69 counted, he would have finished with a 278 total for the 72 holes and would have won the individual national championship. Instead, an Arizona State freshman named Phil Mickelson was crowned champion.

Johnson had already suffered golf heartbreak. He won the 1987 U.S. Public Links and finished runner-up in the same event in 1988. The Masters began inviting the winner of the U.S. Public Links in 1988, so he missed qualifying in 1987 and again in 1988 when he was second.

Those disappointments would have gotten many golfers down, but not the former Tiger. He has continued to pursue his PGA Tour dream all these years and now strives to compete on the Champions Tour. He has won six times on the Web.com Tour, tied for second most in history. He also played on the PGA Tour for two seasons.

Johnson has had a long career in golf, but his four years at Clemson would be considered the high point, a reason his honor today means so much.

“Clemson has been a part of my family for over 30 years,” said Johnson. “Larry Penley was my coach, but he has been one of my best friends ever since I graduated. He has been someone I can turn to when I need some advice.

“When I got into the Clemson Hall of Fame in 2002, I thought I had achieved all I could at Clemson and was satisfied. But to be inducted into the Ring of Honor with all these Clemson greats is something I never imagined. I can’t tell you how much I appreciate it.”