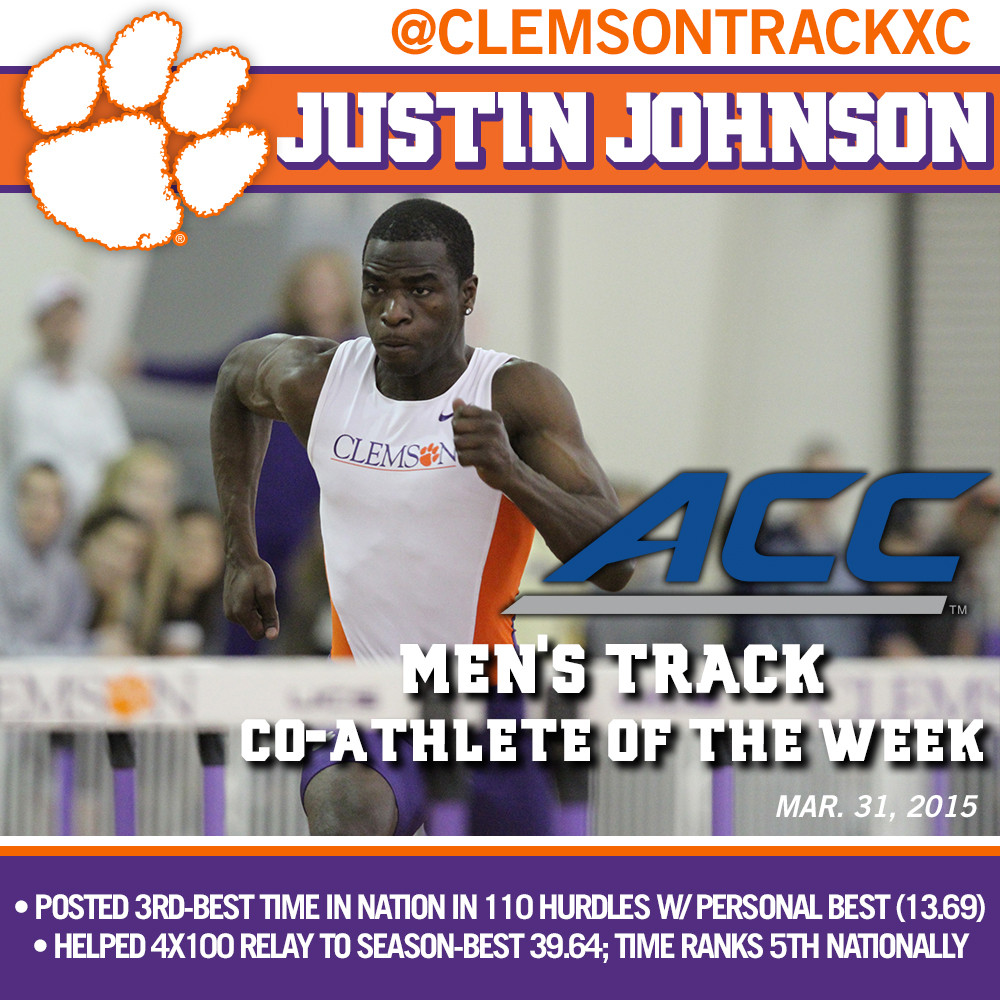 CLEMSON, S.C. — Justin Johnson has been named the Atlantic Coast Conference Men’s Track Co-Athlete of the Week, the league office announced Tuesday. This is the first career ACC honor for the senior hurdler from Arlington Heights, Ill.

Johnson took third place in the 110 hurdles over the weekend at the Clyde Littlefield Texas Relays. His time also ranks third in the nation after two week of outdoor competition. Johnson’s time of 13.69 was a personal best, ranking in a tie for eighth on Clemson’s all-time performance list. He also helped the 4×100 relay to a fifth-place finish, with a season-best 39.64. Johnson ran the third leg in both the qualifying round and in the final.

Johnson and his teammates return to the track this weekend to compete in the Pepsi Florida Relays in Gainesville.