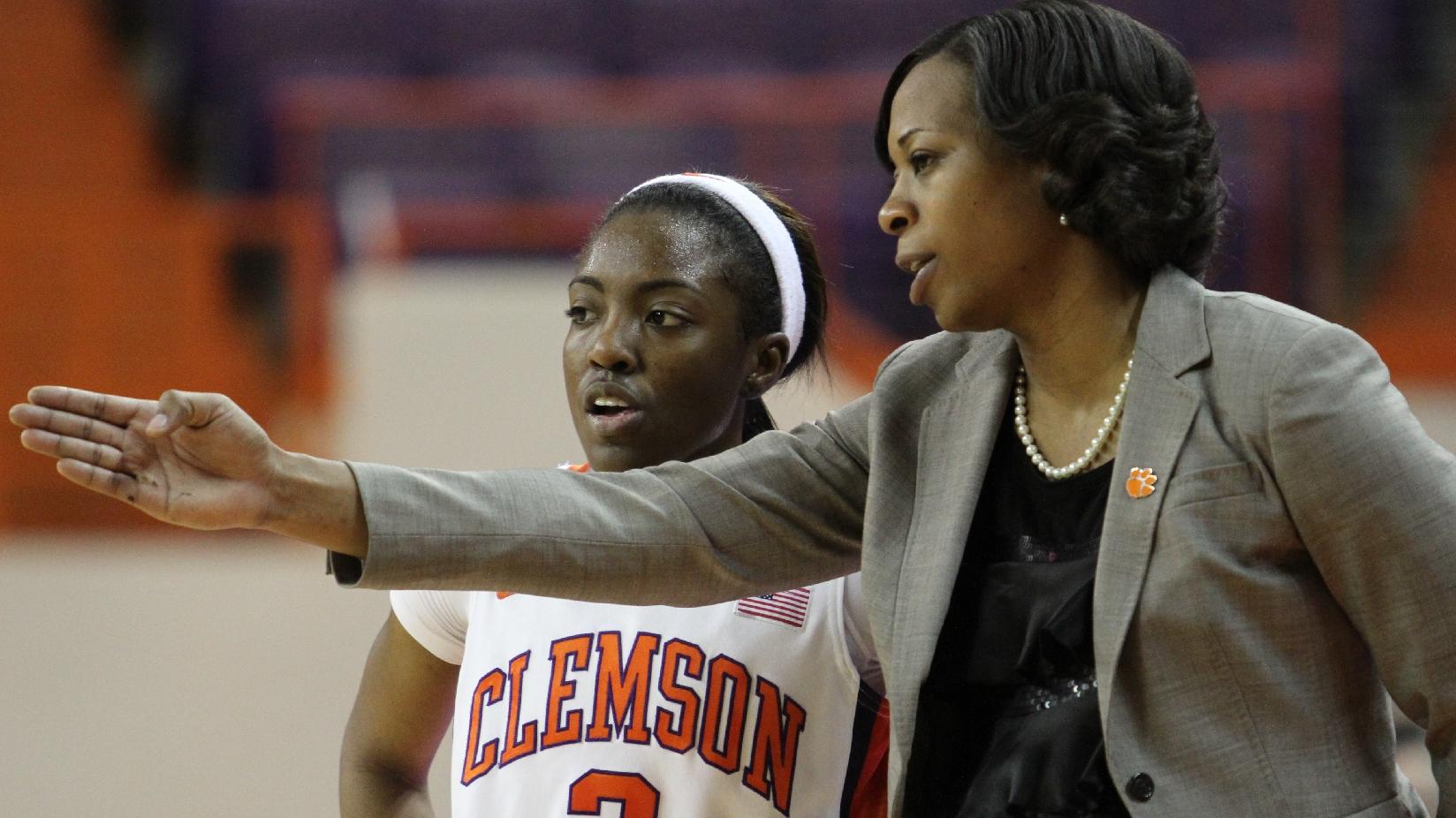 CLEMSON, SC – Head women’s basketball coach Itoro Coleman will act as Grand Marshal for the 2012 First Friday Parade on Sept. 7. Coleman is a graduate of Clemson, and now leads the women’s basketball program. The theme of this year’s parade is “Time-honored traditions.” The parade will begin at 6:00 pm on Friday at the President’s house, and leads up to the men’s soccer match at Historic Riggs Field, in which Clemson will try to set a new soccer attendance record. In all, she has been at Clemson for more than ten years, including as a player, assistant coach, and in her current post, which she is entering her third season. As a player, she led the Lady Tigers to two ACC Titles, and was ACC Tournament MVP her senior season. She has also had stints playing in the WNBA before getting into coaching, where she has spent time at Liberty, Butler, Clemson, and Penn State. From Clemson.edu (LINK):“Clemson University’s annual First Friday Parade is set to kick off the home football season at 6 p.m., Friday, Sept. 7. Thirteen sororities and more than 60 organizations will take part in the parade alongside President James F. Barker and other notable honorees.The parade will begin near the President’s Home at the intersection of Cherry Road and S.C. 93. The parade will continue down S.C. 93 and conclude at the intersection with Williamson Road.Immediately following the parade there will be a pep rally on Riggs Field at which the winners of the Miss First Friday and float competitions will be announced. At the conclusion of the pep rally will be the men’s soccer game against Wake Forest.”