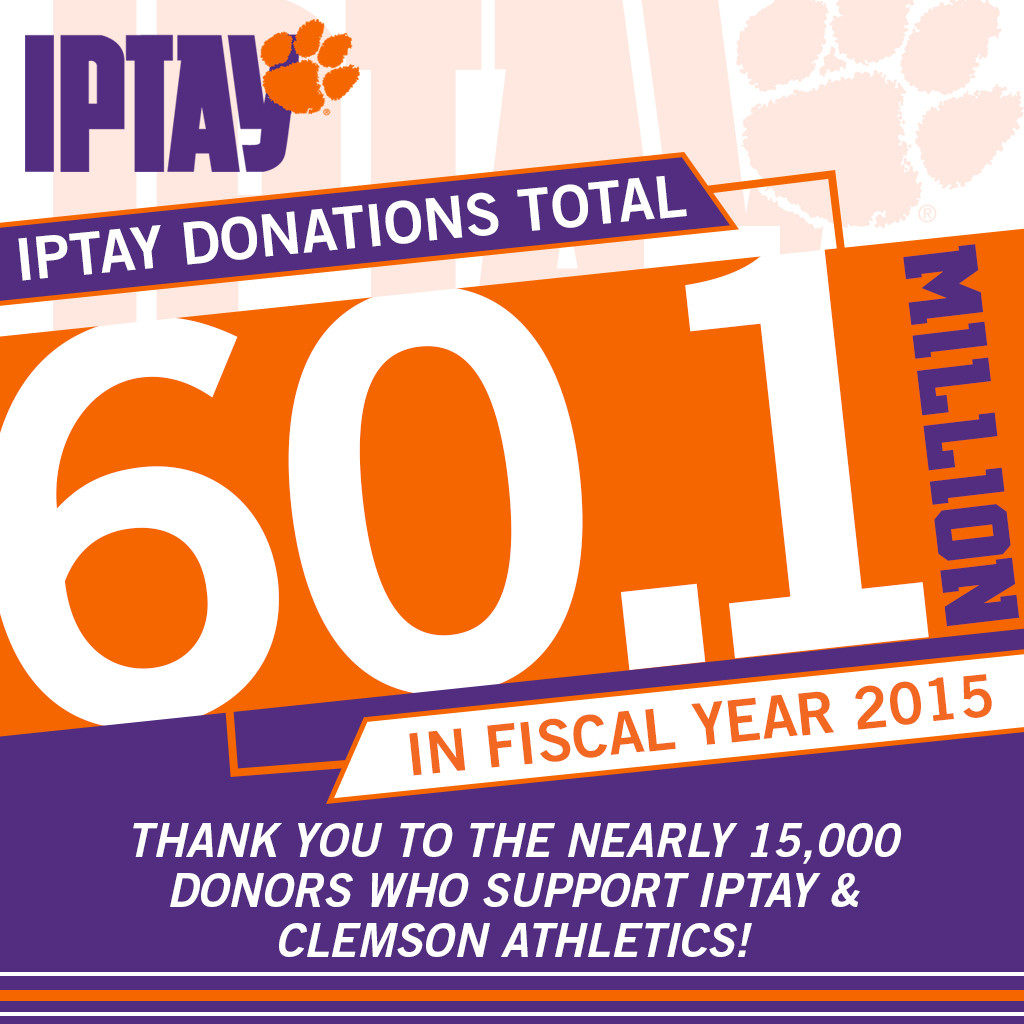 IPTAY Announces Total of $60.1m in Donations for FY15

Clemson Athletics and IPTAY provided $10.8 million directly to the university during the 2014-15 academic year. The total includes $8.7 million in scholarships, $1.3 million in university support, $458,000 for the band and $250,000 provided to the president’s need-based scholarship fund.

“We’re extremely grateful to each of the 14,988 IPTAY donors and everyone who made a contribution to our record-setting year,” IPTAY CEO Davis Babb said. “Through their generous gifts, we’re able to continue supporting our student-athletes both in their fields and courts of play, and in the classroom.”

“IPTAY has long set a national standard in support of student-athletes and the remarkable totals of 2015 show the great passion our fans have for our young men and women,” Director of Athletics Dan Radakovich said. “With IPTAY’s support, we continue to improve facilities effecting each of our 19 varsity programs and our student-athletes posted a record 3.02 GPA for the 2014-15 academic year.”

The IPTAY 2015 annual fund consisted of 14,988 donors and a 91 percent renewal rate from 2014. The organization also announced three Cornerstone Partners whose gifts exceeded a combined $17.5 million.

Originally, the letters IPTAY stood for “I pay ten a year.” Begun in 1934 to give the Clemson athletic program the support it needed, IPTAY is now one of the most successful athletic fundraising organizations. IPTAY donors provide millions of dollars in scholarships for student-athletes and non-athletes alike. It also has provided substantial support for programs and facilities that help Clemson Athletics stay competitive in collegiate sports.

To see the IPTAY 2015 Year In Review click HERE.