Clemson, S.C. – Clemson women’s basketball freshman center Eno Inyang and graduate guard Delicia Washington combined for 37 points to lead the Tigers (4-2) to an 83-59 win over Mount St. Mary’s (1-5) at home on Sunday afternoon inside Littlejohn Coliseum. The Tigers outscored The Mount 30-7 in the first quarter to set the tone early in the game.

Inyang finished the game with a season-high 20 points and nine rebounds to lead all scorers, and Washington finished with 17 points on 7-of-12 shots taken. Washington has scored in double figures in all but one of the Tigers games this season, and she also had eight rebounds and three assists. Daisha Bradford rounded out the double-figure scoring for the Tigers with 14 points making 6-of-7 shots taken in the game.

Clemson controlled the game from the opening tip and never looked back. The Tigers started the game on a 21-2 run and held Mount St. Mary’s to just seven points in the first quarter for a 30-7 lead at the end of the quarter. The 30 points scored by Clemson were the most in the first quarter for the Tigers since the NCAA went to the quarter’s format during the 2015-16 season.

In the first half, Clemson shot 50 percent from the floor, making 18-of-36 shots taken as Washington led the way with 13 points. She made 5-of-8 of her shots and added five rebounds and two assists.

The Tigers finished the game scoring 42 points in the paint and getting 43 points from the bench. Clemson shot 45 percent from the floor, making 32-of-70 shots.

Jasmine Lindsay-Huskey led the way for The Mount with 17 points, and Jada Lee chipped in 10 points as they shot 36 percent from the floor, making 22-of-61 shots taken.

Clemson will host a member of the Alliance in Northwestern on Thursday, Dec. 2, at 8 p.m. as part of the B1G/ACC Challenge. That game can be seen live on the ACCN as coaches and staff will wear Green Ribbon Pins to bring awareness to a mental health initiative on behalf of the three Alliance conferences (ACC, B1G, and Pac-12). 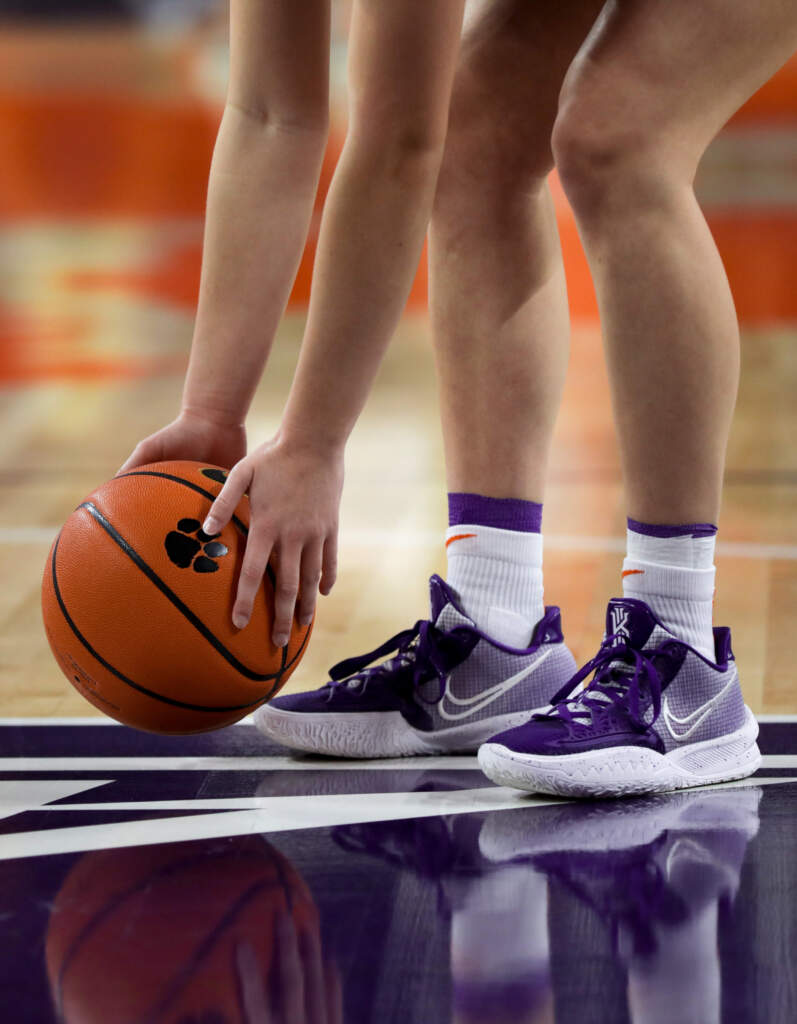 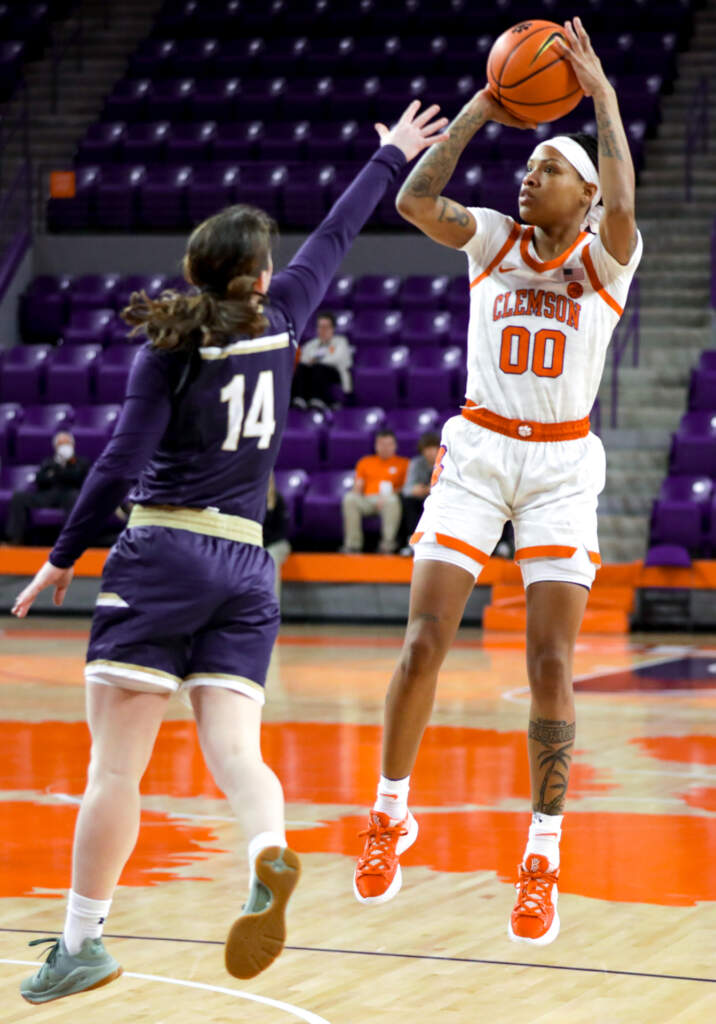 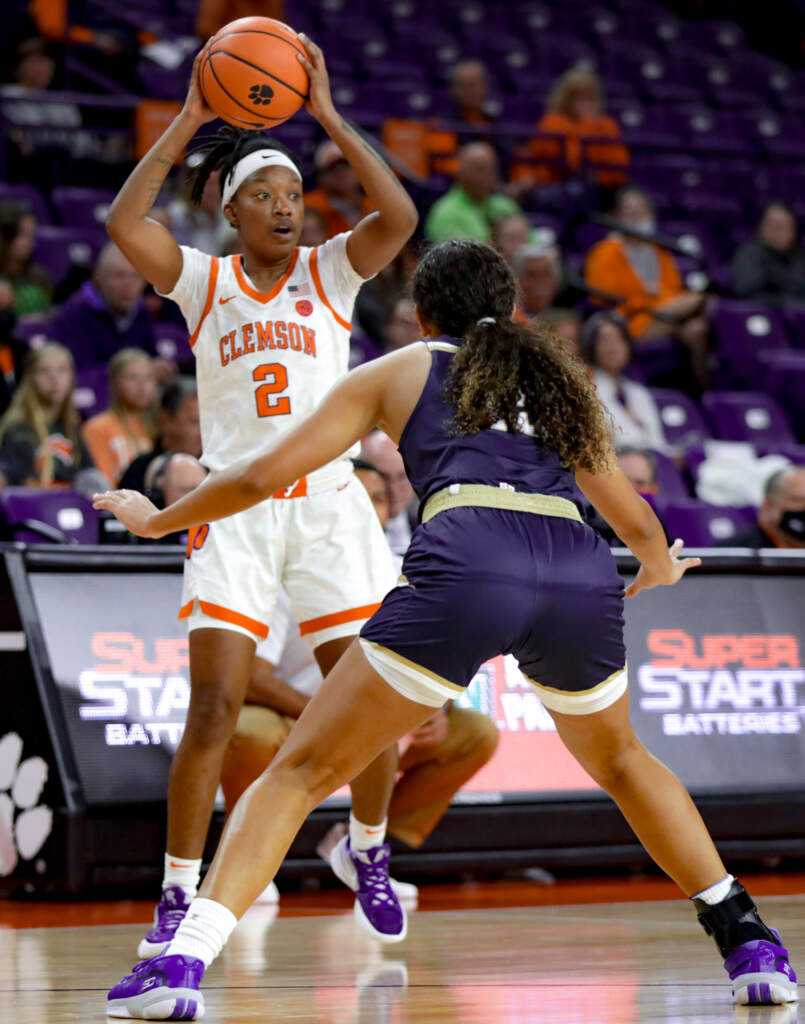 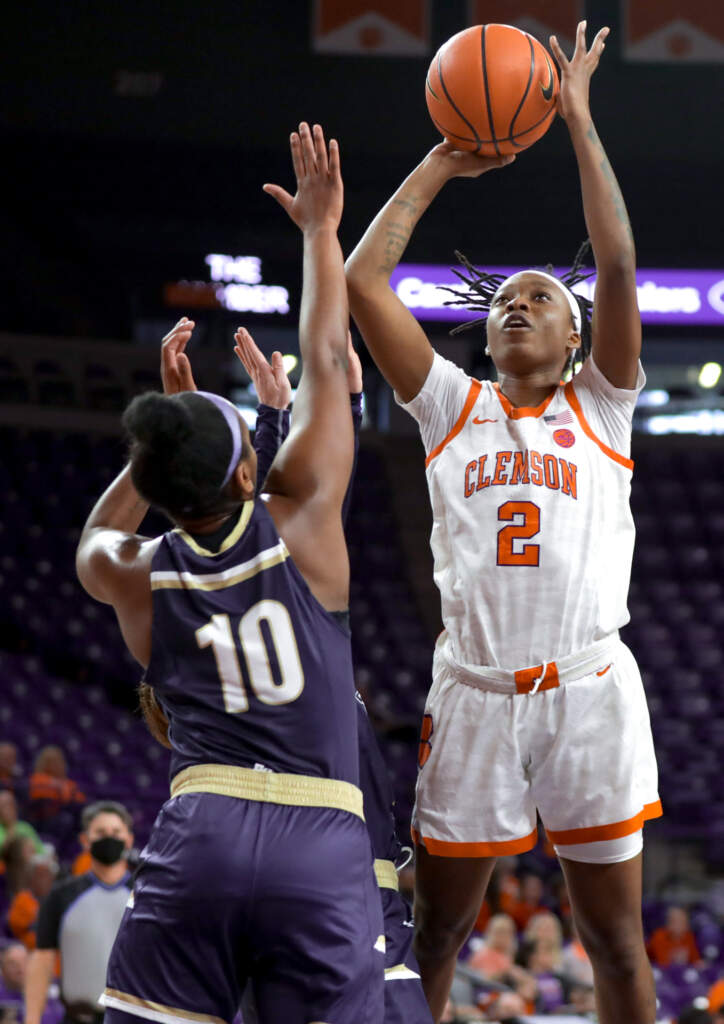 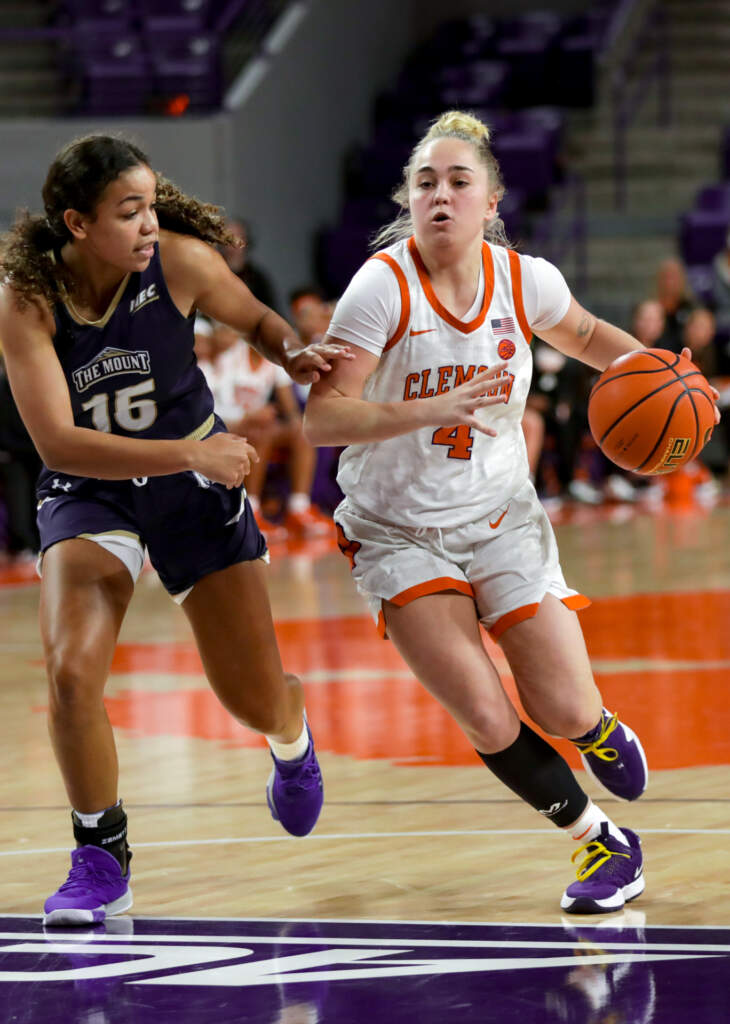 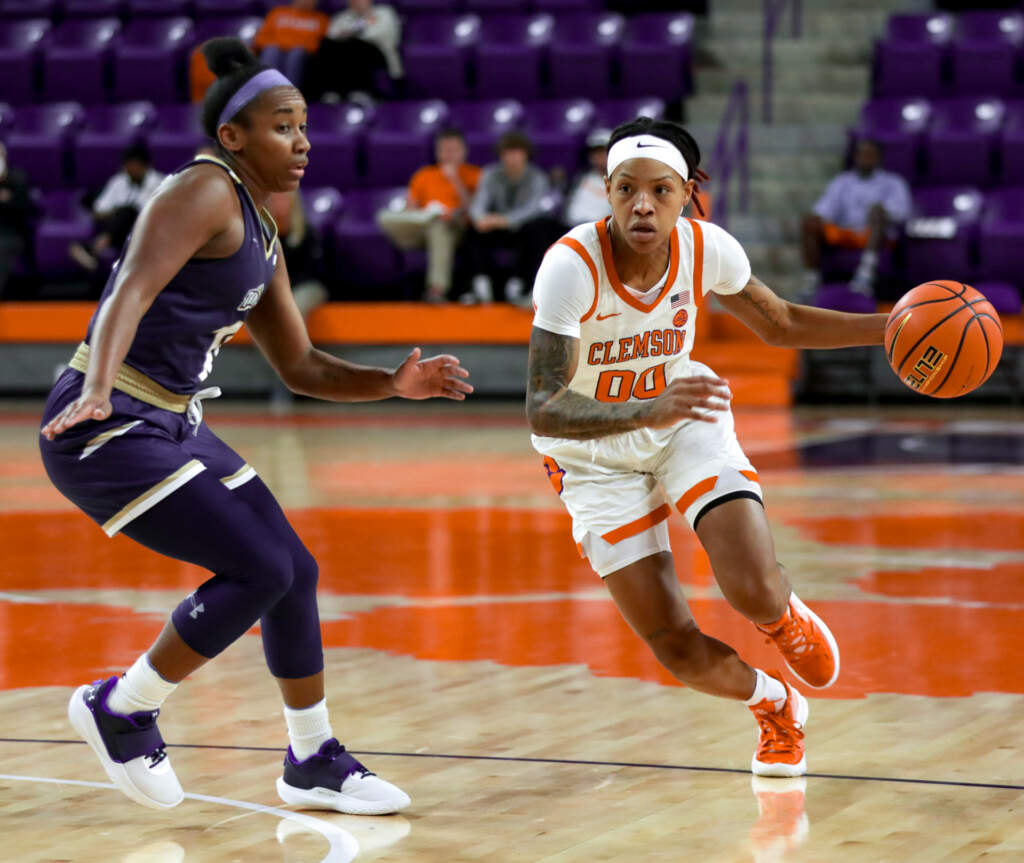 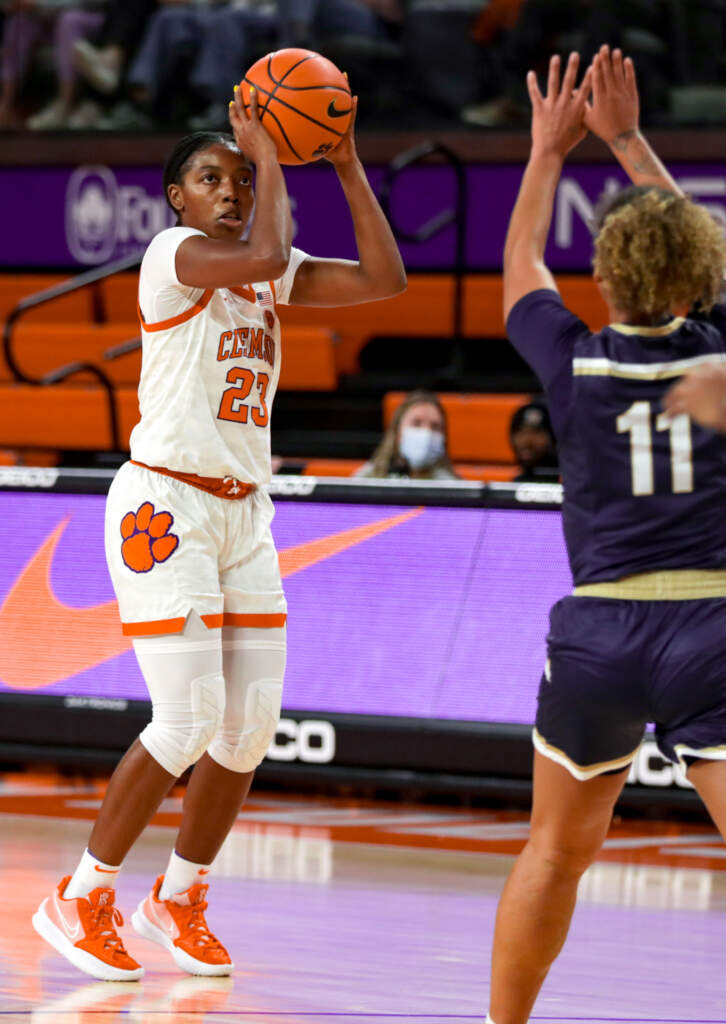 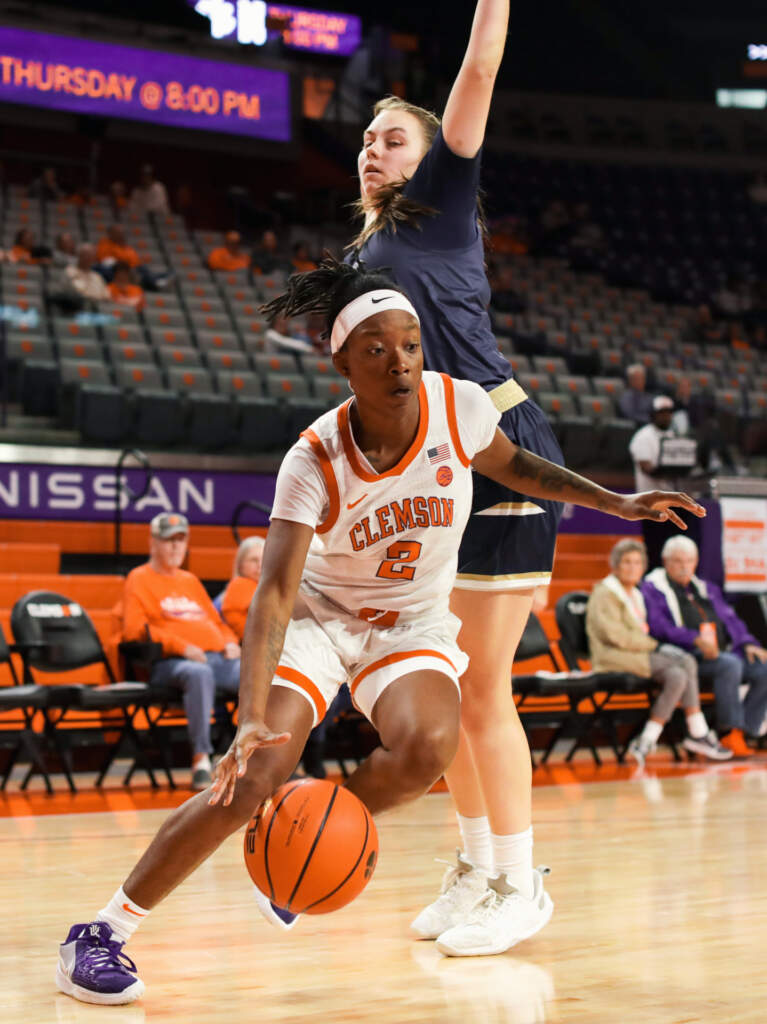 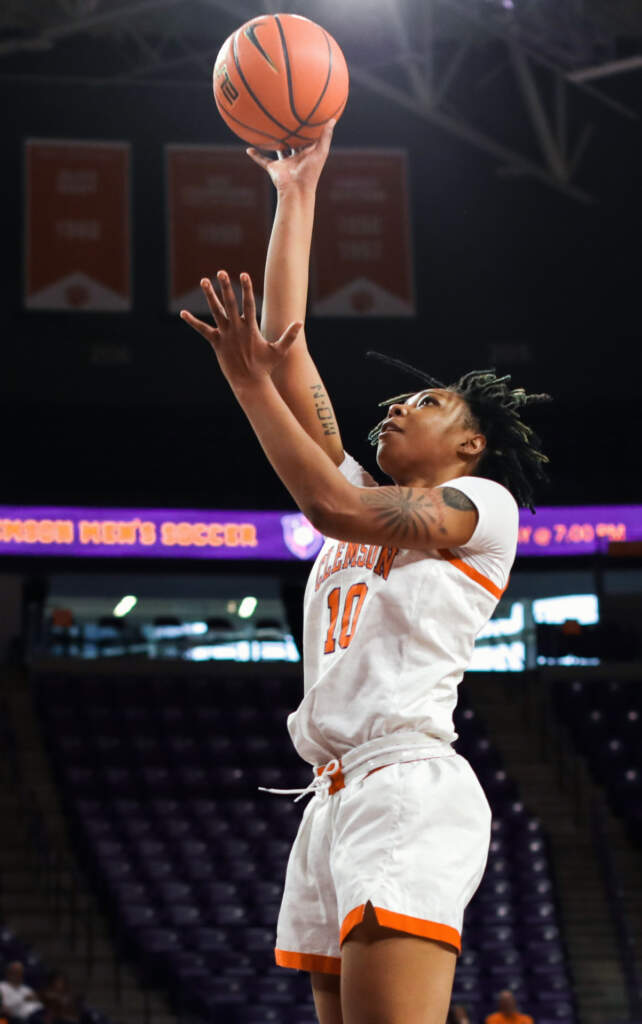