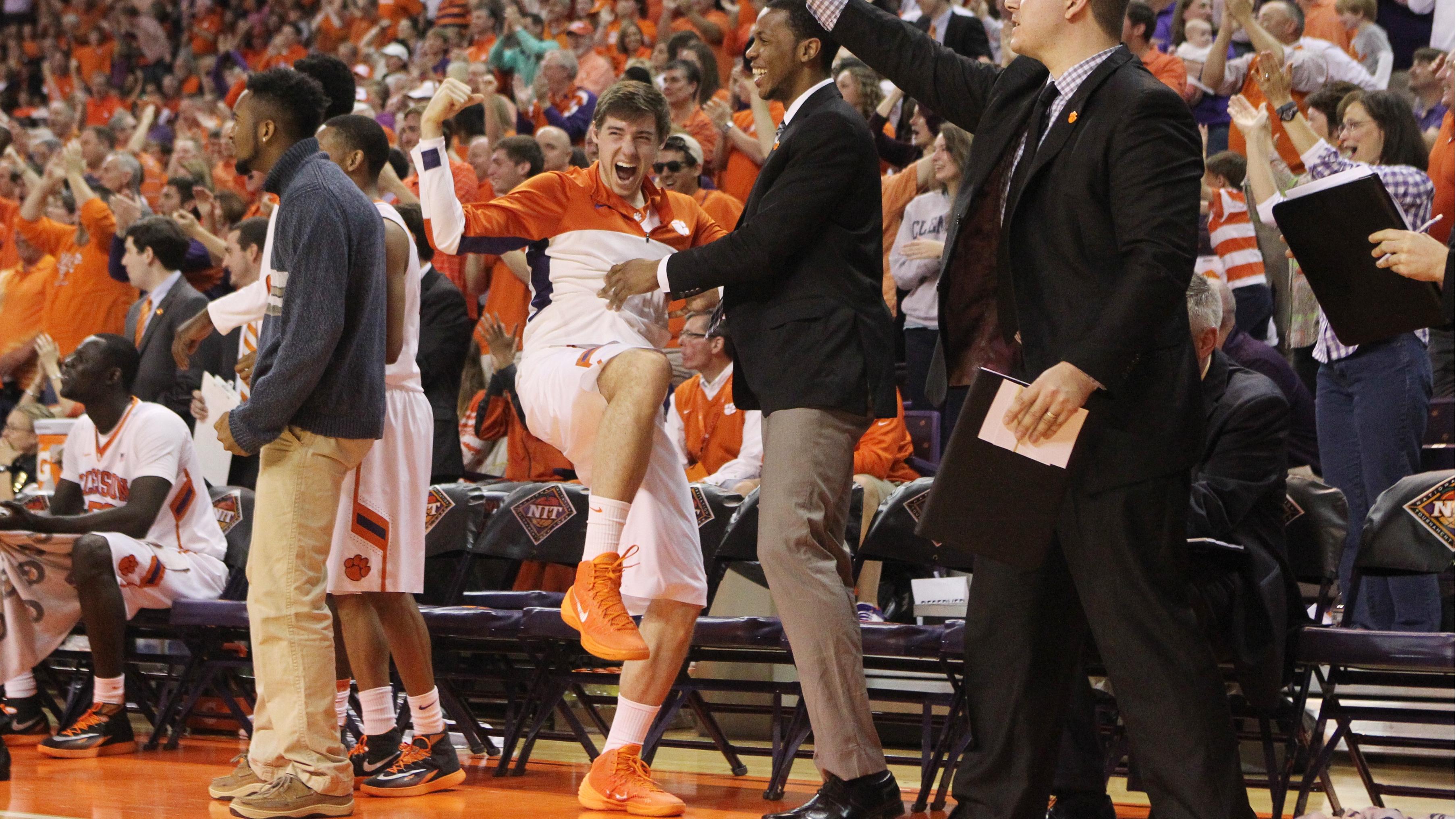 We thought we’d do something fun for our first blog post. On television or even sitting courtside during our postseason NIT run, you may have noticed a great deal of enthusiasm coming from one of our players. A junior from Louisville, Ky., Carson Fields’ in-game celebrations were the stuff of legend.

With that in mind, we ranked the top 5 Carson celebrations we could find photo evidence of from the NIT run. (Note: Carson’s celebrations picked up steam late in the year, so there may very well have been more deserving ones earlier in the season)

Any time a Tiger teammate hits a three or catches fire beyond the arc, Carson’s always quick to pull out his “three goggles.”

When the Tigers caught their stride offensively, Carson would celebrate by encouraging his teammates to “keep eating.”

When is a dunk good enough to make you remove your warmup shirt on the bench? Apparently the one-handed alley-oop slam by K.J. McDaniels in the second half vs. Belmont.

This has to be No. 1, right? Following a memorable halfcourt alley-oop from Damarcus Harrison to K.J. McDaniels vs. Illinois, Carson first fakes ripping his shirt a la Superman or Cam Newton, to then dunking on injured teammate Jaron Blossomgame who can barely concentrate on the game he’s laughing so hard.