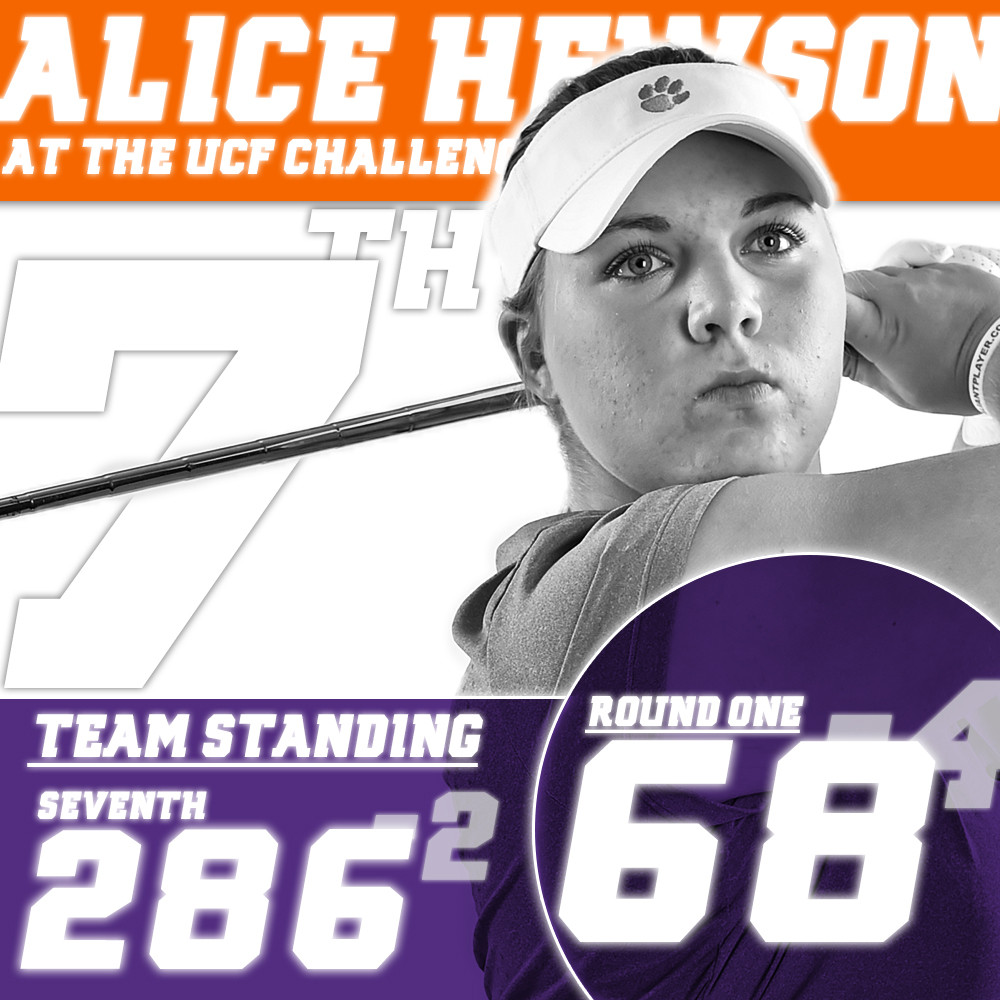 Hewson Leads Clemson in First Round at UCF Challenge

Host school UCF leads the way after the first round with a 280 score, while Wisconsin and Kentucky are tied for second at 283.   Auburn is fourth with a 284 total and Iowa State and Mississippi State are tied for fifth at 285. Clemson and Old Dominion are tied for seventh at 286.

Hewson is tied for seventh after the first round with her four under par 68.   She had four birdies and 14 pars to lead the Tigers.   Hewson is ranked 27th nationally by Golfstat entering the tournament, the second highest rated player in the field.

Ana Paula Valdes was the second best Clemson player in the opening round with a one-under-par 71. She had two double bogeys, but had five birdies, and is tied for 21st individually after the first round.

Kennedy Swann had an opening round 72.   A freshman from Austin, Texas who should be in her final year of high school, Swann made a birdie on her first college hole, and the final hole of her first round.   She is tied for 28th.

Senior Jessica Hoang had a three over par 75 to round out the counters for Kelley Hester’s team.   Sydney Legacy shot a 78 on six bogeys and 12 pars.   Junior Marisa Messana is playing as an individual and had a three over 75.

Clemson will play with Old Dominion and a group of individuals on Monday and will tee off on holes 7-9 at 9 a.m.   Live results are available on golfstat.com.