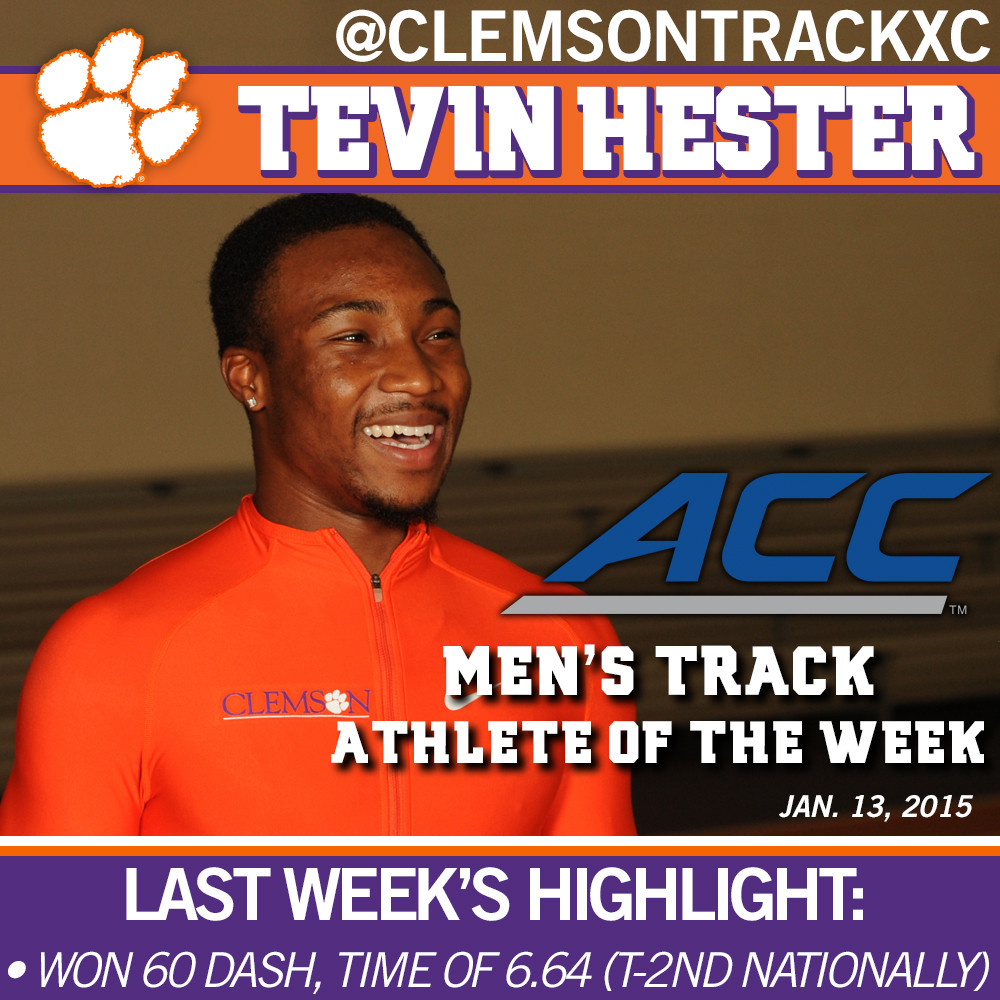 CLEMSON, S.C. — Tevin Hester has been named the Atlantic Coast Conference Men’s Track Athlete of the Week, the league office announced Tuesday. Hester and the Tigers opened the 2015 indoor season last weekend at the Orange & Purple Classic in Clemson.

Hester kicked off his junior campaign in fine fashion, winning the 60-meter dash in a field featuring 24 sprinters. Hester ran to a time of 6.64 in the final, to win by over a tenth of a second over his closest competitor. His time, which matched his season-opening time in the same meet from 2014, ranks in a tie for second nationally.

The Oxford, N.C., native also ran with the Tigers’ 4×400 relay Saturday. He ran third leg for the group that combined to a time of 3:15.14, which ranks sixth in the country when converted from Clemson’s flat 200-meter track.