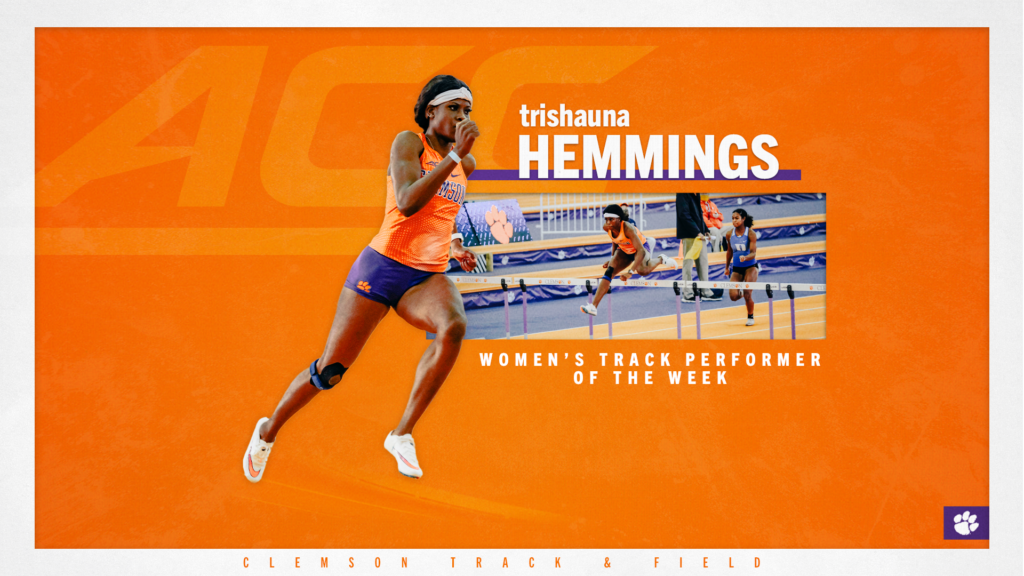 Hemmings opened her 2021 campaign by setting a new personal best of 8.29 during the prelims of the 60-meter hurdles. Later in the meet, Hemmings went on to finish second in the finals, running 8.31. Entering the weekend, the senior hurdler had a best of 8.39 in the event, a time she recorded at the 2020 ACC Indoor Championships. In addition to contesting the hurdles, Hemmings was the Tigers’ top finisher in the 300 meters, running 38.95. 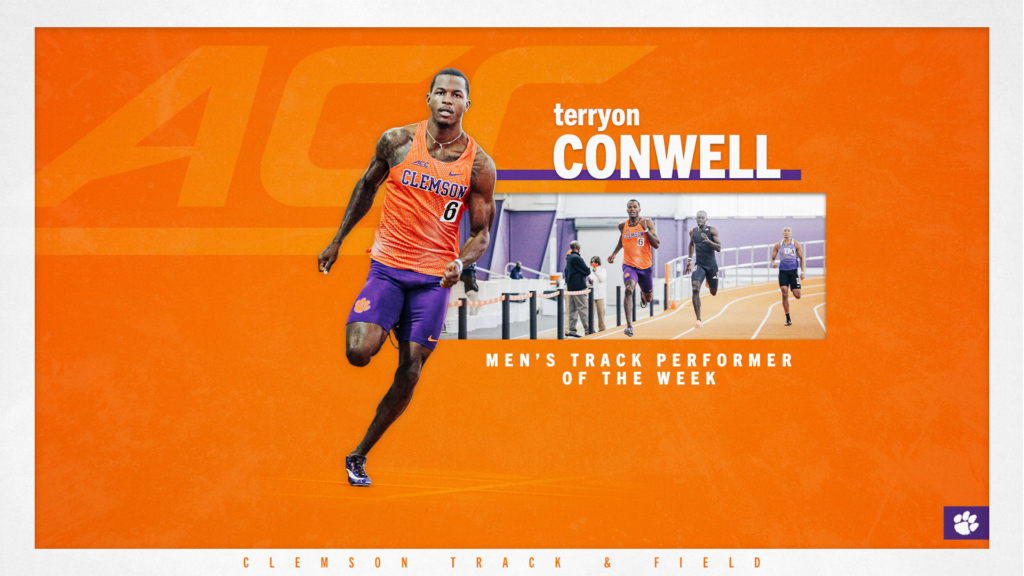 Conwell receives the conference honor after being named the NCAA Div. I Men’s National Athlete of the Week by USTFCCCA on Tuesday. The pair of honors come after making his Clemson debut and setting the school record at 300 meters by running 32.97 to win the event.

Clemson will return to action on Jan. 15-16 as the program hosts the Clemson Invitational at the Clemson Indoor Track & Field Complex. Events are set to begin at 2:30 p.m. on Friday, while Saturday’s action will begin at 11 a.m. with a pair of field events.

For all of the most up-to-date information regarding Clemson Track & Field, be sure to reference clemsontigers.com and follow @ClemsonTrackXC on Twitter.