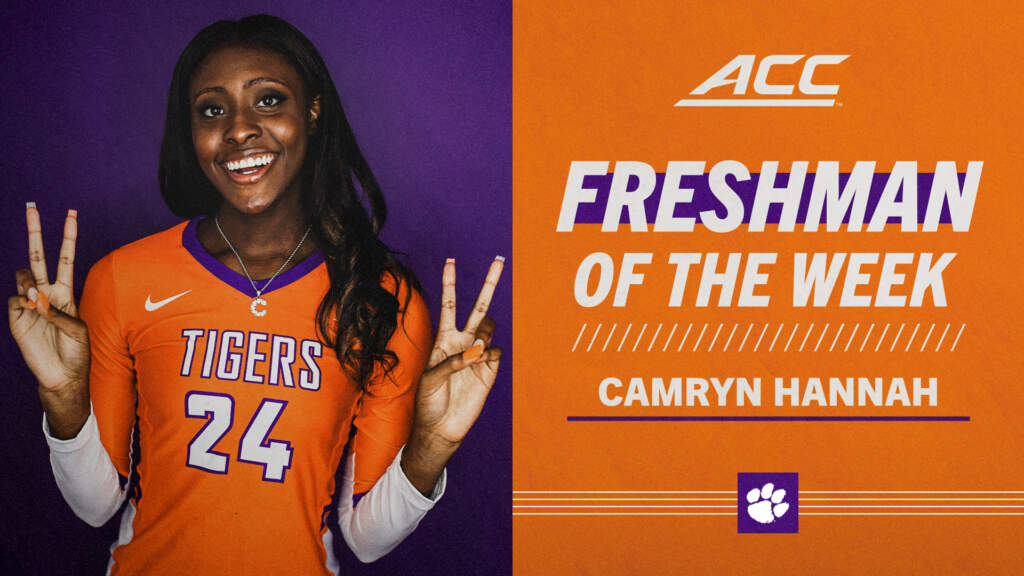 Hannah combined for 31 kills in two matches played to average 5.17 kills per set and attained a .333 hitting percentage against NC State and Boston College.

At NC State on Friday, March 19, Hannah put away 14 kills while hitting .333. She also tallied five digs in the three-set match.

The next day against Boston College, Hannah posted 17 kills, five digs and a pair of blocks while hitting .333, once again, in Clemson’s sweep over the Eagles. Hannah’s 17 kills more than doubled the next highest kill-getter, who had a total of eight in the match. Defensively, Hannah was also 6-for-6 on all Boston College serves sent her way.