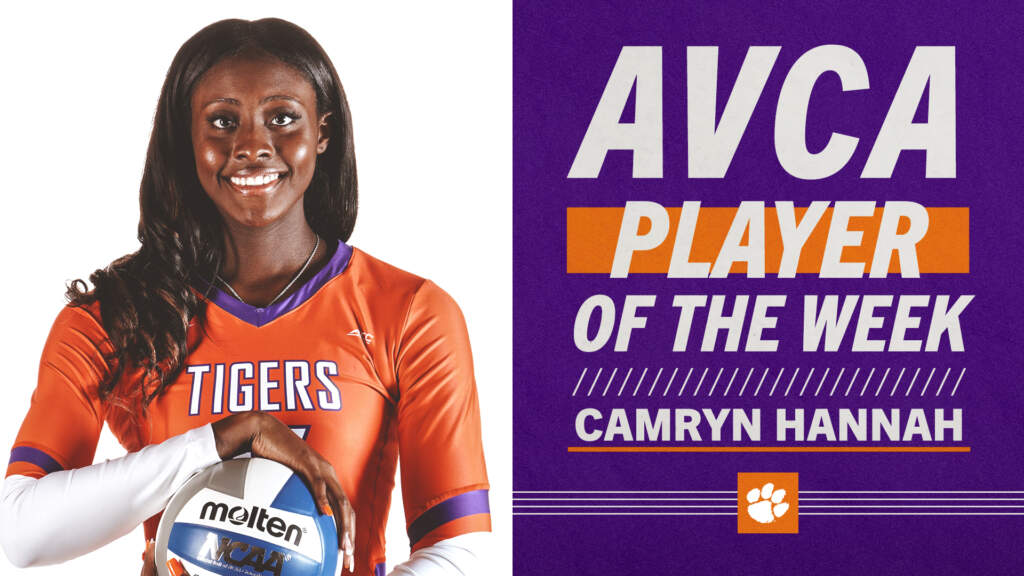 Hannah’s selection makes her the sixth Clemson player under the direction of Head Coach Michaela Franklin to earn an ACC weekly distinction, and is the ninth instance overall with Franklin at the helm.

Hannah combined for 64 kills in two matches played to average 6.40 kills per set, hit .354 and pass .961 over the weekend against North Carolina and Syracuse.

Her peak performance was in a true road match at Syracuse on Sunday when she totaled 37 kills, hit .380 and posted 17 digs in five sets. Hannah’s 37 kills on Sunday are good for the most in an NCAA match this season and the all-time record in school history. Hannah is the first player in the nation to record at least 37 kills in a single match since Cincinnati’s Jordan Thompson, a 2019 AVCA First Team All-American, did so on Nov. 24, 2019. Her 37 kills in a single match are seven more than the previous ACC 2020-21 season high of 30. On Sunday, she took 71 swings against the Orange, which tied for the most attacks by an ACC player in a single match this season.

On Saturday against North Carolina, Hannah posted her second 20-kill, 20-dig performance of the season after totaling 27 kills and 21 digs, while hitting .321, in Clemson’s five-set win over the Tar Heels. Saturday’s performance made her the only player in Clemson history under the rally-scoring format to record two 20-kill, 20-dig performances in a career, nonetheless in the same season. Hannah also led Clemson to its first victory over North Carolina outside of Jervey Gym for the first time since 2009. 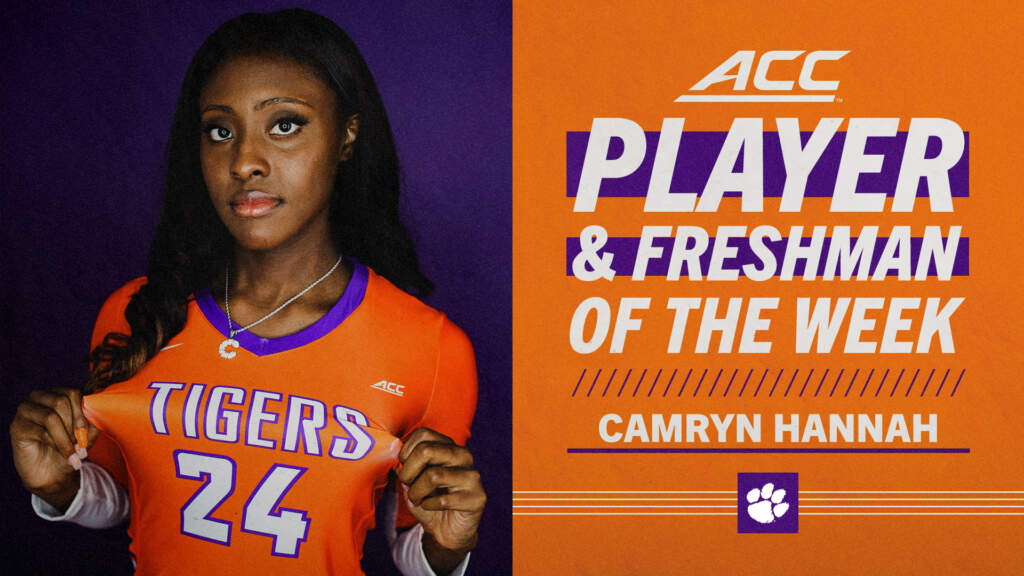