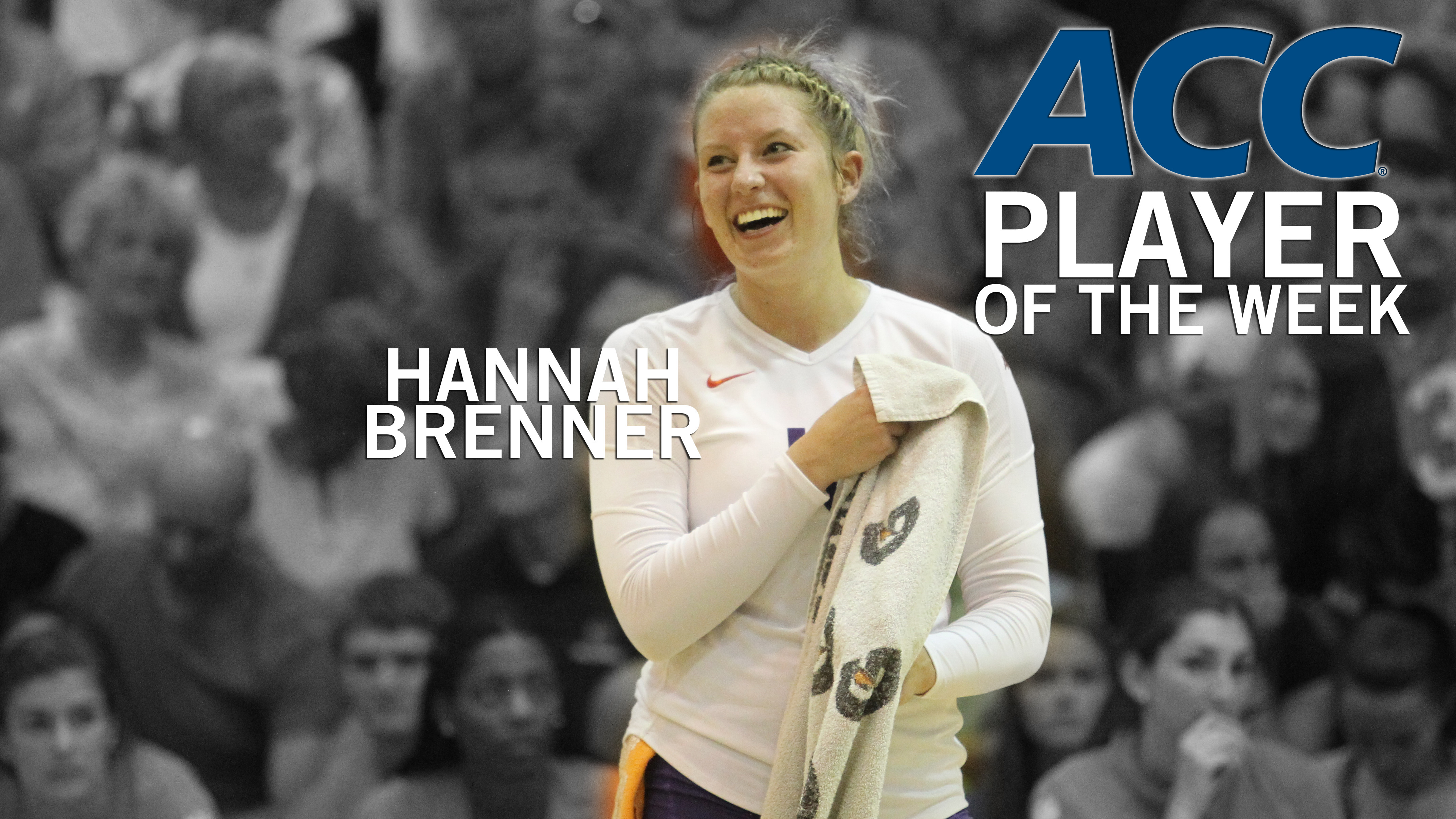 CLEMSON, SC – Clemson senior setter Hannah Brenner has been named the ACC Player of the Week of Sept. 1-8 for her MVP contribution to the Tigers’ Big Orange Bash Championship. The Orrville, OH native turned in one of the most complete performances by a setter in school history with her 50 assist, 19 dig, 10 kill effort against Furman in the tournament-clinching match.  Brenner is the first Clemson player to earn the honor this season, and the second in the last three picks, as Sandra Adeleye registered the final honor of 2012. Brenner is the first setter since Kelsey Murphy in 2009. Murphy is an Assistant Coach on the Clemson staff.  For the weekend, Brenner averaged 11.61 assists per set, 3.31 digs per set, 1.23 kills per set, 0.85 blocks per set, and had five service aces. On Friday night against South Carolina, she registered 56 assists, 19 digs, five blocks, four kills, and four aces in the five-set win. She followed that up less than 12 hours later with 45 assists, five digs, and four blocks against Winthrop.  The most impressive performance came against Furman on Saturday evening. Brenner led the Tigers to .346 hitting, with her teammates tallying kills on nearly half of her set attempts, en route to her first career triple-double. She became just the third setter in school history with a triple-double, and the ninth Tiger ever overall. During the match, she also became the sixth setter in school history to reach the 3,000 assist milestone. The other two setters to accumulate a triple-double were involved in the match – Murphy, and Furman’s Head Coach Michelle Thieke Young, who set for the Tigers from 1994-97.  Clemson returns to action this week in Atlanta where they’ll take on Georgia State on Thursday at 7:00 pm and UCF on Friday at noon.