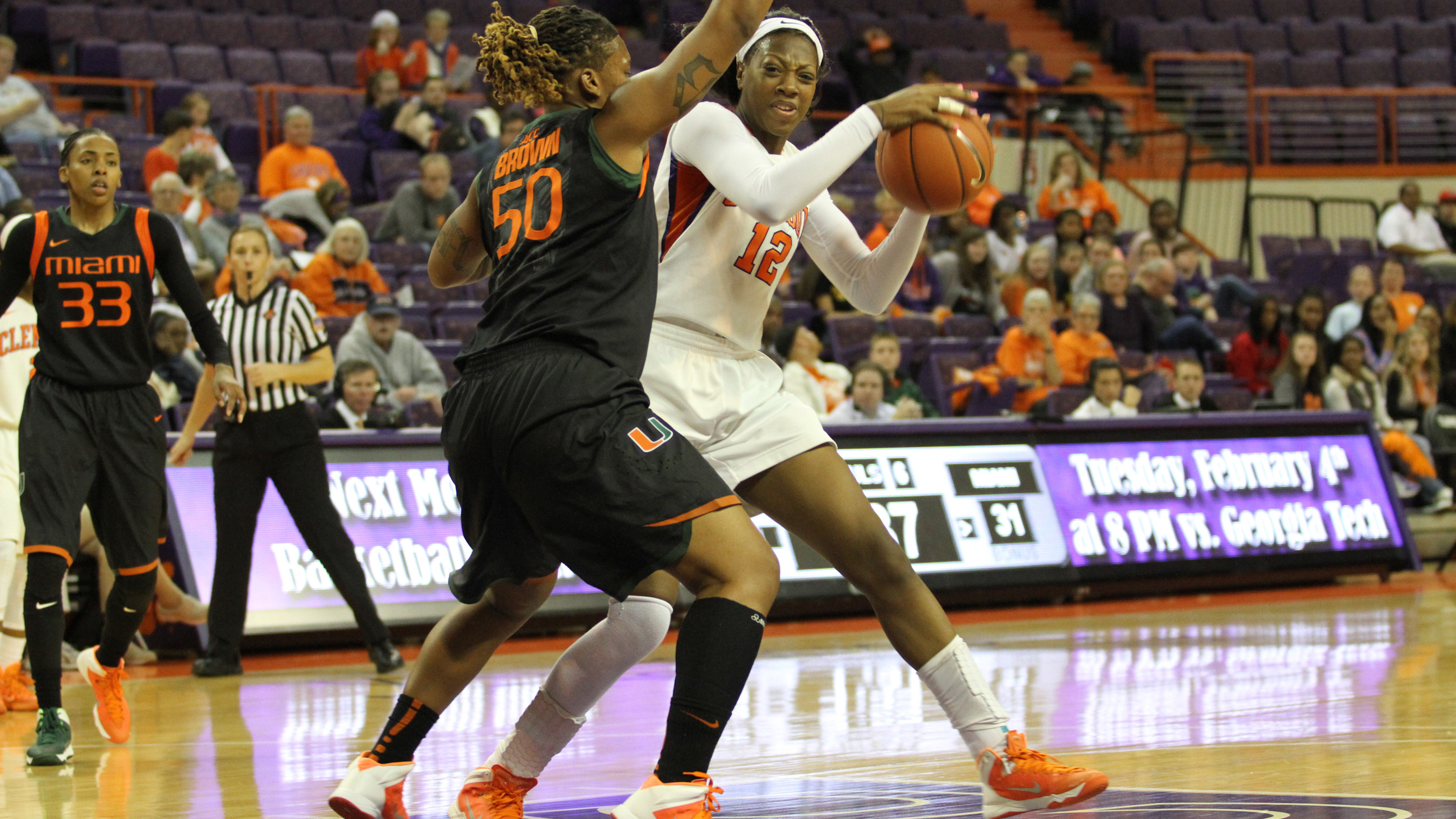 Clemson, SC– The Florida State Seminoles lead the Clemson Tigers 30-23 after the first half  thanks to a balanced FSU scoring attack.  The Tigers were led by Quinyotta Pettaway’s 10 points, the seventh time the senior has reached double-figures the past nine games. Florida State held a massive 31-17 rebounding advantage. The Tigers do not possess an abundance of height and the Seminoles exploited this weakness on the boards.  The Seminoles held a substantial lead in rebounds throughout the first half including grabbing 11 of the first 12 rebounding opportunities.  The superior rebounding created increased opportunities that Florida State was able to cash in for points.  The Seminoles had six more offensive rebounds than the Tigers had total rebounds The Seminoles utilized effective half-court pressure disrupting the rhythm of the Tiger offense.  Florida State attempted to trap the ball handler in the corner forcing turnovers that lead to easy baskets on the other end.  The Tigers committed 13  turnovers throughout the first half. Facing bigger competition, Pettaway did an excellent job converting short opportunities into points.  In addition to points, the senior lead the team in rebounds with six and was 3-6 from the field.  Pettaway has developed into a reliable producer and is one of the most consistent players on the team. The Tigers have plenty of things to adjust at the half and it begins with rebounding.  It’s tough to win when the opposing team has twice as many rebounds and with the height of Florida State, boxing out becomes pivotal.  Pettaway and Nyilah Jamison-Myers must be more aggressive on the board.  It is critical they go up strong and secure the ball on their way down.  All too often the Seminole players have been able to knock the ball away from the Tiger forwards. The Tiger ball handlers must display more poise with the ball.  As soon as they cross the half-court line, the guards seem to panic which leads to errant passes either out of bounds or to a Seminole defender.  Chelsea Lindsay and Chancie Dunn are skilled enough with the ball that the pressure should not be making too much of an impact.