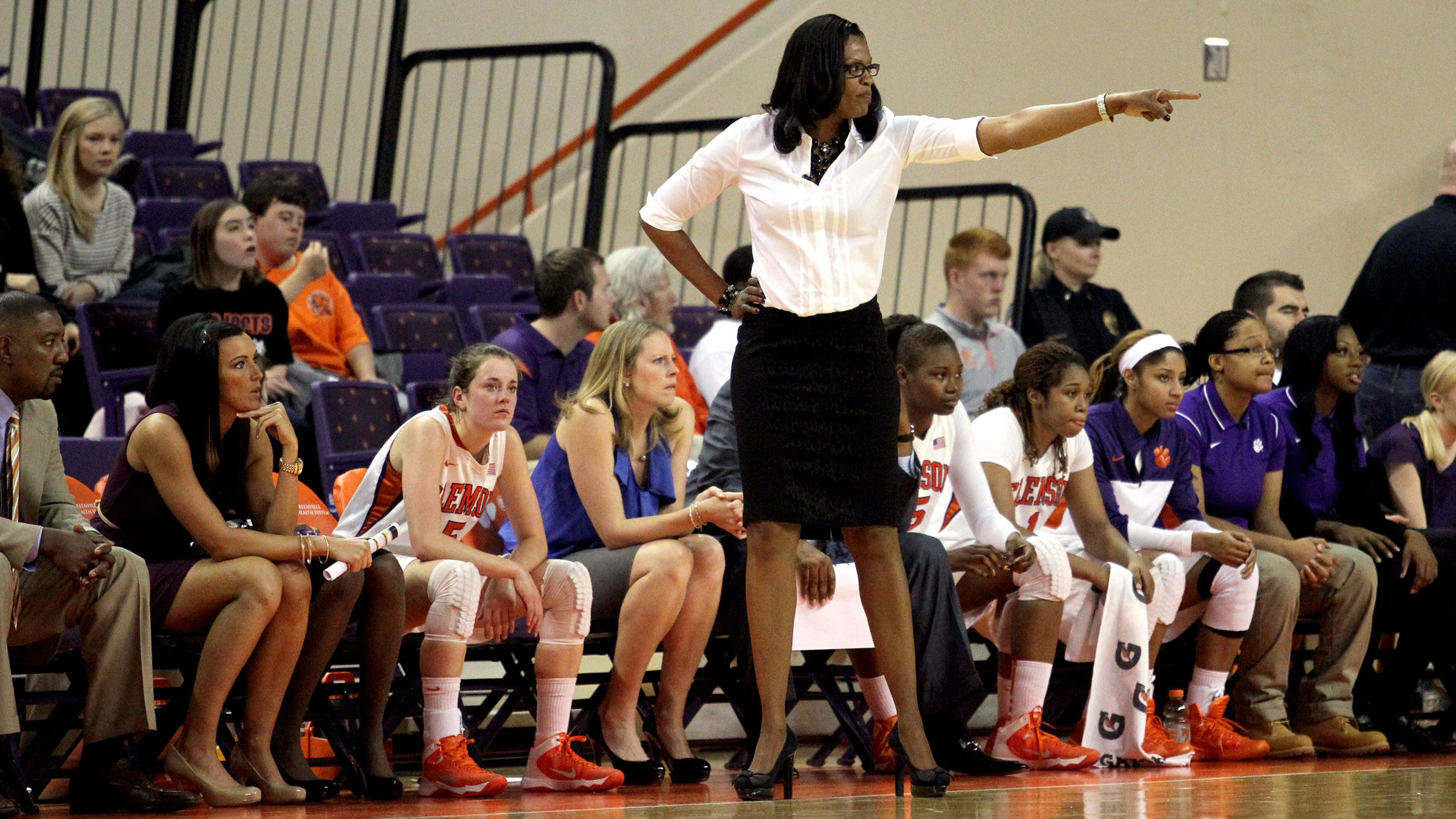 The Clemson women’s basketball team leads Miami 24-19 at halftime. Clemson shot .417 from the field, while holding Miami to a .214 mark, as the Hurricanes had more turnovers (7) than field goals (6).  Both teams started slow offensively missing the first nine shots from the field combined with three turnovers. Miami finally broke through at the 16:53 mark with a layup from Adrienne Motley. Clemson responded quickly, however, going on a 13-7 run which put the Tigers up 13-9. They would not relinquish the lead from that point. The story of the half would have to be the scoring of the team as a whole. Despite Nikki Dixon being held in check (3 pts), the points have been equally distributed amongst the team. Overall, six players have combined on the 10 made field goals. Defensively, the Tigers have been very sound. Miami was held to 6-28 shooting from the field including 1-10 from beyond the arc. Even more impressive, Clemson forced seven Miami turnovers in the half which is one more than the amount of field goals they scored. Kelly Gramlich leads Clemson in scoring with six points, making both of her shots from beyond the arc. First Half Notes Individual:

What Needs to Happen in the Second Half Offense: A point to watch in the second half is scoring from beyond the arc. Kelly Gramlich continued her hot streak and is 2-2 from 3 so far. Clemson is dominating on points in the paint. The Tigers outscored the Hurricanes 14-4 in this category. Look for Clemson to continue driving the lane to create easy opportunties. Defense: One thing Clemson needs to improve on is offensive rebounding. The Tigers only have three offensive rebounds on 14 missed shots in the first half. Overall, Miami is outrebounding Clemson 22-16.