Joining the Tigers in 2019 as a member of the nationally ranked recruiting class made up of Lauren Bruns, Caroline Conti, Abby Hanks, Hannah McLaughlin, Maliah Morris and Harper White, now-sophomore Hal Hershfelt has wasted no time making an impact on the field.

Hailing from Atlanta, Ga. as a graduate of Lassiter High School, she came to Clemson as a highly rated recruit with endless potential. Before competing at the college level, Hershfelt was a member of the U.S. Soccer Development Academy National Quarterfinalist Team and spent her club years with the Concorde Fire circuit that went on to become national semifinalists at the 2017 ECNL Nationals in Chicago, Ill.

Through success at the club level, she was selected to participate in the id2 and U.S. Soccer National Team camp.

Maintaining the skills and mindset to compete at the next level, Hershfelt joined the Clemson program and made the two-hour trek from the outskirts of Atlanta to South Carolina with a passion to compete.

“Clemson fans are going to love Hal,” said Head Coach Eddie Radwanski prior to her arrival on campus. “She is a high-energy, high-work ethic, physical player, and her athleticism allows her to cover a lot of ground. Hal does all the intangibles to help her team win.”

Those intangibles would show themselves quickly as the young star notched her first goal in the first match of the 2019 season, as the Tigers downed Utah 2-0. Tallying game-winning goals would become the norm for the Georgia native, as all of her goals during her first season came in game-winning fashion, a category in which she led the team. 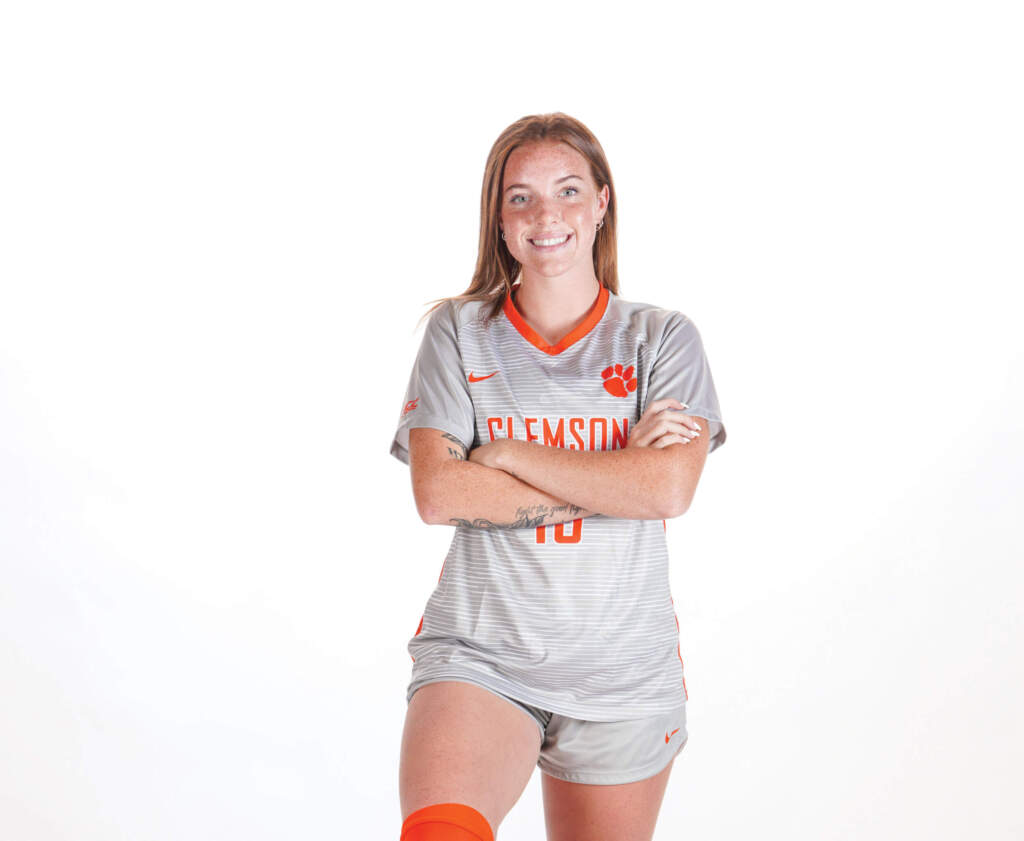 With just one full season under her belt, Hershfelt added her name to the Clemson recordbook, earning a spot on the coveted ACC All-Freshman team alongside Morris and garnering United Soccer Coaches regional honors. Hershfelt’s game would become so recognizable in her first year competing at the Division I level that Top Drawer Soccer dubbed her as a “freshman sensation.”

With the 2020 season underway, Hershfelt remains one of the constants of the Clemson attack and has become one of the players to watch within not only the ACC, but on the national scene. Although someone of her caliber typically comes with years of experience, Hershfelt’s patience and maturity on the ball sets her apart from most players of her class.

Playing all 20 matches in the 2019 season and earning a starting role in 19 matches has translated quickly to her sophomore season, as she has taken on more responsibility within the midfield during the shortened season. In a conference as demanding as the ACC, Hershfelt has already made herself known across the league.

It is without question that Hershfelt has solidified her roles on the pitch. Combined with the No. 5 rated recruiting class that came on campus this year, players like Hershfelt are the epitome of the program and where it is headed for years to come.

However, with a conference-only schedule in 2020, players like Hershfelt are crucial to the lineup and add meaningful minutes to help lead the Tigers to another successful run.